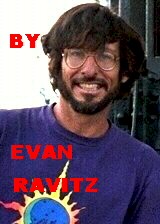 
When I directed Boulder, Colorado's Voting by Phone ballot initiative campaign in 1993 I learned many unnerving things about existing voting procedures. The problems revealed in Florida are just the beginning:

1. The Voter News Service (formerly News Election Service) -which supplies ALL election-eve numbers on national and Congressional races- is a private business of the TV networks, The New York Times, the Washington Post and the Associated Press. If you ask them how they count votes and predict outcomes they say that's proprietary information! They have no web site or other public profile.

2. Most votes in America are counted by computer programs which are also proprietary secrets. Not even election officials are allowed to inspect these programs (the "source code") to verify their accuracy. Election officials can test the programs (using "test decks") but any clever programmer can write a program which passes tests but falsifies the election.

3. In most jurisdictions, identification for voting is on the honor system. Signatures, if taken, are not compared to your signature on file in most places unless you are "challenged" by election judges or poll watchers, a rare event. When this system started hundreds of years ago, the election judges or poll watchers knew most everyone in their precincts. In modern America, this is rarely true.

4. Mail or absentee ballots are often delivered to old addresses, and the USPS is not supposed to forward them. Whoever gets one could fill it out in the rightful voter's name. This is discussed in the document "Florida Voter Fraud Issues" from the Florida Department Of Law Enforcement. In student and other high-turnover areas, this problem is rife.

5. In states with "early" voting, there is no system to prevent people from voting early at an elections office and then also voting at their precinct.

Here is the full text of the article in case the link goes bad:
http://www.vote.org/fraud.htm

You can verify all these points by calling your County elections office. These and other problems leave our voting system wide open to various frauds. The 1992 book Votescam: The Stealing of America, gives ample evidence of widespread voting fraud for decades. See http://www.Votescam.com  .

Voting by Phone, used successfully in the National Science Foundation's 1974-5 Televote project, is a good solution to these problems, using PIN numbers which have protected our bank accounts for decades. This would also make voting much easier for single parents and those who work several jobs, and much cheaper and less wasteful of paper, gasoline, etc. Please see our paper on Security and Privacy. Now, web voting can be integrated with phone voting to make it easy for everyone on both sides of the "digital divide." The Arizona Democratic Party had great success with web voting last March. Turnout increased 622%!

Even better is what else this technology can be used for. Please see our web site at http://www.Vote.org . Vote.org is now an affiliate of Philadelphia II, a national organization led by former US Senator Mike Gravel. Our site is used in a Houghton-Mifflin college textbook and a Duke University course. ##

CLICK HERE TO GET TO INDEX OF COLUMN NINETY-SEVEN