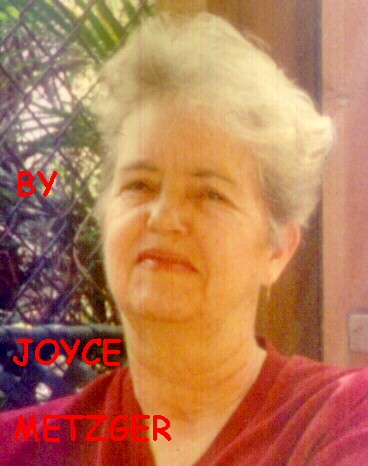 Yuri Kapralov was born in the Caucasus and came to the U.S. in 1949. He has lived in the East Village, NYC, since 1965. "I didn't want to come to America. I was basically in the wrong place at the wrong time," says the author. Born in Stavropol, Kapralov spent the latter half of WWII laboring on a German farm---"One step above a concentration camp," he recalls. In 1949, he was shipped to New York. While there, he and the other "orphaned" youth were taken to work on a Vermont farm. "The farmer was basically exploiting us, so we staged a little revolution and went to Nyack where we lived in an abandoned zoo," he recalls. "I lived in the house of the white elephant."

Yuri has exhibited his visual art in New York and San Francisco, and he is the author of Castle Dubrava (Dutton, 1982), a vampire novel, and Once There Was A Village (Akashic Books, 1998), a memoir of his experiences in the East Village in the late 1960s.

Devil's Midnight, A Tale of Suspense and Romance in the Russian Civil War has a definite thematic intensity as Yuri Kapralov re-interprets events and circumstances, to reshape, reconstruct and redefine intriguing plot deviations of abstract ideology with the fine hair tendrils of historic significance.

Kiev under the Bolsheviks and the Whites. The Great Red Offensive and the battles involving the armored train "Our Homeland" along the Kursk-Zhigri railway line. The last days and the fall of Odessa and many other events are depicted by Yuri Kapralov in this steadily page-turner novel.

The Red Army is making its final triumphant surge across the tortured remains of the old Russian Empire between August 1919-February 1920. It is a time of horror, of disruption, and apocalypse, as lives are pulled between narrow escapes, desperate intimacy, an aura of surreality, paranoiac anxiety, urgency and brutality.

Kapralov depicts, with sometimes cynical and satirical style, the desperate struggles of his characters, a woe-be-gone cast of misfits molded by a merciless fate. The upsweep of

mindlessness moves outside the normal societal framework. One is with the winning side, or they are not; and if not, they are brutally captured and tortured. Alexey Lebedev struggles to remain sane, and alive. Beautiful Nata Tai, "the bewitching witch," born of a highly strung Russian actress mother and an American father, uses sex to keep herself alive, but is fanatically committed to the mysteriously seductive occult. Alexey is attracted to her danger, but walks the borderline between love, commitment and the sanity that has disappeared.

"'Mad' locomotives were very old, still-working machines, rigged with explosives, pyroxene barrels, dynamite, land and sea mines, and powder, with a detonating device triggered by several bottles of nitroglycerine. This was a hell machine, and once the steam had built up and the mad locomotive was released at high speed toward the enemy's armored train, it was nearly impossible to stop it. The result: one gigantic explosion. The whole train might as well become a fireball. But orders were orders."

"There was no roof except for a few charred beams, no glass in the huge windows. On both sides of the long brick walls bodies were stacked up five or six high, like piles of firewood. Many were naked. All were frozen. Yuri saw that the bodies of White soldiers lay on one side, while the bodies of refugees, women and children lay on the other. The White soldiers and officers had been tortured and mutilated before being shot. The tortures were: the "iron glove" fitting treatment, the "tree cutting," the "emasculation," and some of the more common atrocities, such as cutting strips of skin off the soldiers' shoulders where their patches had been and carving red stars on their foreheads."

"Death. is it really the end? Everyone must die. I am not an exception. Will the Almighty take pity on my soul? And is there one Almighty or two? if so, which one has jurisdiction over my soul? And the current life, the insanity? I am insane. Insane beyond the help of any psychiatrists, any priests. True to my madness."

Devil's Midnight by Yuri Kapralov is a monumental tale of love, art, exile, and the horrors of war, as a country divided, falls upon one another to ravage, pillage, tear savagely and destroy. At the heart of this chorus of voices and blinding historical spectacle stands the consciousness, fluid prose, storytelling skill  and memory of the author. Yuri has been alienated from his homeland, but his acute memory will never allow the bizarre past to pass unnoticed. Yuri cannot hide that large hollowness buried deep inside. His anxiety ridden angst intensifies the painful isolation and solitariness. The burdens lain on the spirit must be released.

This book is excellently written. One word of warning for the squeamish...there are brutal scenes, vividly depicted, with the known horrors of brutal war, and many revealed, that I had not contemplated, before reading Devil's Midnight.

Akashic Books has won a reputation for publishing works that would go unnoticed by the larger presses. They are valiant in this effort for realism. Many authors have, and are, gaining a wider recognition through this compassionate support.  ##