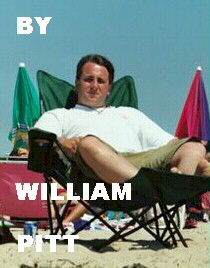 Things have reached a pretty pass indeed when you apologize for making a mistake, but nobody believes your apology. So it is today with CIA Director Tenet, and by proxy George W. Bush and
his administration.

On Friday evening, CIA Director Tenet publicly jumped on the Niger evidence hand grenade, claiming the use in Bush's State of the Union Address in January 2003 of data from known forgeries to support the Iraq war was completely his fault. He never told Bush's people that the data was corrupted, and it was his fault those "sixteen words" regarding Iraqi attempts to procure uranium from Niger for a nuclear program made it into the text of the speech.

Problem solved, right? Condoleezza Rice and Don Rumsfeld had been triangulating on Tenet since Thursday, claiming the CIA had never informed the White House about the dubious nature of the Niger evidence. Tenet, like a good political appointee, fell on his sword and took responsibility for the error. On Saturday, White House spokesman Ari Fleischer told the press corps that Bush had "moved on" from this controversy.

Not so fast, said the New York Times editorial board. The paper of record for the Western world published an editorial on Saturday entitled The Uranium Fiction. The last time the Times editors used language this strong was when Bush, in a moment of seemingly deranged hubris, tried to nominate master secret-keeper Henry Kissinger to chair the 9/11 investigation:

"It is clear, however, that much more went into this affair than the failure of the C.I.A. to pounce on the offending 16 words in Mr. Bush's speech. A good deal of information already points to a willful effort by the war camp in the administration to pump up an accusation that seemed shaky from the outset and that was pretty well discredited long before Mr. Bush stepped into the well of the House of Representatives last January.

Doubts about the accusation were raised in March 2002 by Joseph Wilson, a former American diplomat, after he was dispatched to Niger by the C.I.A. to look into the issue. Mr. Wilson has said he is confident that his concerns were circulated not only within the agency but also at the State Department and the office of Vice President Dick Cheney. Mr. Tenet, in his statement yesterday, confirmed that the Wilson findings had been given wide distribution, although he reported that Mr. Bush, Mr. Cheney and other high officials had not been directly informed about them by the C.I.A."

The sun came up over Washington DC on Sunday and shined on copies of the Washington Post which were waiting patiently to be read. The lead headline for the Sunday edition read, "CIA Got
Uranium Reference Cut in October." The meat of the article states:

"CIA Director George J. Tenet successfully intervened with White House officials to have a reference to Iraq seeking uranium from Niger removed from a presidential speech last October, three months before a less specific reference to the same intelligence appeared in the State
of the Union address, according to senior administration officials.

"Tenet argued personally to White House officials, including deputy national security adviser Stephen Hadley, that the allegation should not be used because it came from only a single

Do the Bushies really expect us to believe that the CIA kept the President in the dark?

source, according to one senior official. Another senior official with knowledge of the intelligence said the CIA had doubts about the accuracy of the documents underlying the allegation, which
months later turned out to be forged."

What do we have here?

Here is CIA Director Tenet arguing in October of 2002 against the use of the Niger evidence, stating bluntly that it was useless. He made this pitch directly to the White House. These concerns were brushed aside by Bush officials, and the forged evidence was used despite the warnings in the State of the Union address.
|
Now, the administration is trying to claim they were never told the evidence was bad. Yet between Tenet's personal appeals in 2002, and Ambassador Wilson's assurances that everyone who needed to know was in the know regarding Niger, it appears the Bush White House has been caught red-handed in a series of incredible falsehoods.

There are two more layers on this onion to be peeled. The first concerns Secretary of State Powell. One week after the Niger evidence was used by Bush in the State of the Union address, Powell presented to the United Nations the administration's case for war. The Niger evidence was notably absent from Powell's presentation. According to CBS News, Powell said, "I didn't use the uranium at that point because I didn't think that was sufficiently strong as evidence to
present before the world."

What a difference a week makes. The White House would have us believe they were blissfully unaware of the forged nature of their war evidence when Bush gave his State of the Union address, and yet somehow the Secretary of State knew well enough to avoid using it just
seven days later. The moral of the story appears to be that rotten war evidence is not fit for international consumption, but is perfectly suitable for delivery to the American people.

The second layer to be peeled deals with the administration's newest excuse for using the forged Niger evidence to justify a war. They are claiming now that they used it because the British government told them it was solid. Yet there was the story published by the Washington Post on July 11 with the headline, "CIA Asked Britain to Drop Iraq Claim." The article states:

"The CIA tried unsuccessfully in early September 2002 to persuade the British government to drop from an official intelligence paper a reference to Iraqi attempts to buy uranium in Africa that
President Bush included in his State of the Union address four months later, senior Bush administration officials said yesterday. 'We consulted about the paper and recommended against using that material,' a senior administration official familiar with the intelligence program said."

We are supposed to believe that the Bush administration was completely unaware that their Niger evidence was fake. We are supposed to believe George Tenet dropped the ball. Yet the CIA actively intervened with the British government in September of 2002, telling them the evidence was worthless. The CIA Director personally got the evidence stricken from a Bush speech in October of 2002. Intelligence insiders like Joseph Wilson and Greg Thielmann have stated repeatedly that everyone who needed to know the evidence was bad had been fully and completely informed almost a year before the data was used in the State of the Union address.

In an interesting twist, the profoundly questionable nature of Tenet's confession has reached all the way around the planet to Australia. I spoke on Sunday to Andrew Wilkie, a former senior
intelligence analyst for the Office of National Assessments, the senior Australian intelligence agency which provides intelligence assessments to the Australian prime minister. Mr. Wilkie
notes the following:

I also spoke on Sunday with Ray McGovern, a 27-year veteran of the CIA who was interviewed by truthout on these matters on June 26 2003. Mr. McGovern is not buying what the White House is trying to sell.

"Tenet's confession is designed to take the heat off," says McGovern, "to assign some responsibility somewhere. It's not going to work. There's too much deception here. For example,
Condoleezza Rice insisted that she only learned on June 8 about Former Ambassador Wilson's mission to Niger back in February 2002. That means that neither she nor her staff reads the New York Times, because Nick Kristof on May 6 had a very detailed explication of Wilson's mission
to Niger. In my view, it is inconceivable that her remark this week---that she didn't know about Joe Wilson's mission to Niger until she was asked on a talk show on June 8---that is stretching the
truth beyond the breaking point."

Andrew Wilkie crystallized the issue at hand by stating, "Remember that the sourcing of uranium from Niger was the only remaining pillar of the argument that Iraq was trying to reconstitute its
nuclear program. By this stage, the aluminum tubes story about Iraq's nuclear program had been laughed out of the room. That had been laughable since 2001, leaving the sourcing of uranium as the last key piece of evidence about Iraq reconstituting a nuclear program. It's not just sixteen words.

"It is just downright mischievous to hear Condoleezza Rice on CNN this morning saying it was just sixteen words. It was worth a hell of a lot more than sixteen words. I can remember that October speech by Bush where he talked about "mushroom clouds" from Iraq. The nuclear
story was always played up as the most emotive and persuasive theme. It wasn't just sixteen words."

A page on the White House's own website describes the Bush administration's central argument for war in Iraq. The Niger evidence is featured prominently, along with claims that Iraq was in possession of 26,000 liters of anthrax, 38,000 liters of botulinum toxin, 500 tons of sarin, mustard and VX nerve agents, almost 30,000 munitions capable of delivering chemical agents, and several mobile biological weapons labs. The Niger evidence has been destroyed, and the 'mobile weapons labs' have been shown to be weather balloon launching platforms. The vast quantities of anthrax, botulinum toxin, sarin, mustard gas and VX, along with the munitions to deliver them, have completely failed to show up.

Many people quail at the idea that the President and his people could have lied so egregiously. What was in it for them? Besides the incredible amounts of money to be made from the war by oil and defense corporations like Halliburton and United Defense, two companies with umbilical ties to the administration, there was an "ancillary benefit to all this," according to Ray McGovern. "Not only did the President get an authorization to make war, but there was an election that next
month, the November midterms. The elections turned out surprisingly well for the Bush administration because they were able to use charges of being 'soft on Saddam' against those Democratic candidates who voted against the war."

As Andrew Wilkie says, this issue is not about sixteen words in a speech. It is about lies and American credibility. "All of this breaking news is actually distracting us from the core issue," says Wilkie. "The core issue is the credibility gap. We were sold this war on the promise that Iraq had this massive WMD arsenal. Of course that hasn't been found, and whatever might be found now is not going to satisfy in any way that description of the 'massive' arsenal, the 'imminent threat,' and all those great words used in Britain and Australia and Washington. We've got to be careful that, in debating the details on the issue of Tenet and Niger, we are not distracted from that core issue which is still left to be resolved."

[William Rivers Pitt is the Managing Editor of truthout.org. He is a New York Times best-selling author of two books - War On Iraq available now from Context Books, and The Greatest Sedition is Silence, now available from Pluto Press at www.SilenceIsSedition.com .]