S.E.C. REGULATIONS DON'T MEAN A THING TO THE PRESIDENTIAL FAMILY 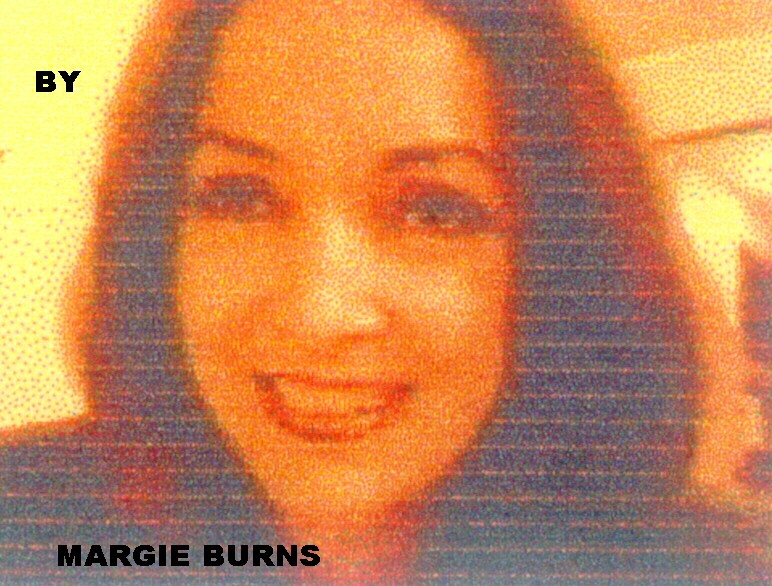 In spring 1999, Marvin Pierce Bush, youngest brother of George W. Bush, was a nominee for the boards of directors of two companies, both with a significant interest in security at the World Trade Center. One was HCC Insurance, formerly Houston Casualty Company, a giant holding company and major insurance carrier for the center. The other was a security company named Stratesec, one of the center's numerous security contractors.

According to officials at the Securities and Exchange Commission and other experts, listing other directorships is required in proxy statements for directors and officers of public companies.

Stratesec was eventually excused from the World Trade Center project. HCC, after suffering significant losses when the Center collapsed because of the attacks of  9/11, withdrew from workers compensation as a result.

Stratesec, formerly called Securacom, was forced to change its name after some bad-blood litigation with another security company. It filed its SEC proxy statement on April 23, 1999. In a Watergate office suite leased by the Saudi Arabian government, its shareholders met on May 25, 1999, to elect seven members. On the board since 1993. Bush was also on the company's audit and compensation committees. Another Bush relative, Wirt D. Walker III, is a principal in the company.

For its shareholders? meeting in Houston on May 20, 1999, HCC Insurance filed its proxy statement on April 28, 1999. This marked Bush's first time on HCC's 13-member board. HCC's CEO, Stephen Way, a longtime friend, was also chairman of the board at Fresh Del Monte Produce Inc. and had appointed Bush to Fresh Del Monte's board in 1998. Bush's Stratesec proxy also omitted his Fresh Del Monte Produce (FDP) connections.

By law, proxy statements filed with the SEC for publicly traded companies are supposed to list--- along with other required information---the age, credentials and business connections of directors and nominees. But Bush's information disclosed to Stratesec's shareholders listed only his ongoing directorship at Stratesec, his previous experience at investment firms, his

partnership at his own company---Winston Partners, a private investment firm in northern Virginia---and his directorship at Kerrco, an oil and gas company. His proxy statement did not list his directorships at HCC and Fresh Del Monte, where he was also on the Audit and Compensation committees. (See http://www.sec.gov/Archives/edgar/data/1037453/0000928385-99-001383.txt .)

The information disclosed to HCC's shareholders listed Bush's positions at Winston Partners and Fresh Del Monte, his membership on the Board of Trustees of the George Bush Presidential Library and his membership on the Board of Managers at the University of Virginia. Only Stratesec and Kerrco were omitted. (See http://www.sec.gov/Archives/edgar/data/888919/0001047469-99-016818.txt .)

Bush left Stratesec's board within the year. He was re-elected to the HCC board for the next two years and again omitted his Stratesec connection in his proxy statement.

According to expert opinion, these omissions violate SEC regulations. Attorney Robert Plesnarski, special counsel in the Office of Chief Counsel at the Securities and Exchange Commission, said by telephone that a person running for the board of directors of a public company is required to list all other directorships. When asked about the proxy statements involving Marvin Bush, Plesnarski answered that [if] the companies [had] been private, probably the information would not have been included. However, citing "Item 401 of Regulation SK," Plesnarski stated that since Stratesec and HCC were publicly traded, "the information would have been required."

This conclusion is also supported by the SEC's public reference branch. Regulation 229.401, Item 401, "Identification of directors," which states:

"List the names and ages of all directors of the registrant and all persons nominated or chosen to become directors; indicate all positions and offices with the registrant held by each such person; state his term of office as director and any period(s) during which he has served as such; describe briefly any arrangement or understanding between him and any other person(s) (naming such person(s)) pursuant to which he was or is to be selected as a director or nominee."

The regulation further states: "Indicate any other directorships held by each director or person nominated or chosen to become a director" etc., and:

"Briefly describe the business experience during the past five years of each director, executive officer, person nominated or chosen to become a director or executive officer," etc., with "the name and principal business of any corporation or other organization in which such occupations and employment were carried on."

Attorney Frank Razzano, formerly at the SEC and now a partner at the D.C. law firm of Dickstein Shapiro Morin & Oshinsky says, "I think it's pretty clear that you have to disclose your other directorships." Also citing Item 401, Razzano explains that regardless of how material the omission turns out to be in other ways, "it is a fortiori material"---that is, the law defines it as material---"That information has to be disclosed."

Razzano has a personal perspective on the collapse of the World Trade Center: He was there at the time. "I was staying at the Marriott Hotel, which is between the North Tower and the South Tower," he says, "under the building when it fell."

"It fell on my head," he comments rather matter-of-factly. Razzano was one of the lucky ones; he was in the hospital for three days with a subdural hemotoma that fortunately dissipated and resolved.

Responding to questions, Razzano reiterates that the regulation clearly requires disclosure; "I don't know why it [the information] would be left out." He does not speculate the harm done, if any---"I don't have any idea at all why it wouldn't have been included"---and points out that mistakes are always possible.

Bush left Stratesec's board during the 2000 presidential election campaign, and resigned from the boards of HCC and Fresh Del Monte in 2002. The exact date and cause of his resignation at Fresh Del Monte remain undisclosed. However, BB&T analyst Heather Jones has noted that Fresh Del Monte was not forthcoming about the resignations of two outside directors.

HCC announced Bush's resignation from its board in a press release on November 22, 2002, entitled "HCC appoints new director." Still, Bush remains an advisor to the chairman and the board of directors and is remains on HCC's Investment Committee.

L. Byron Way, HCC's vice president, explained in a telephone interview that HCC "handled easily maybe a dozen or so coverages for the World Trade Center," mainly property and workers compensation. The coverages go back well through the 1990s. However, given that "the policies were rewritten annually," with different amounts of coverage from year to year depending on the type of coverage, Way is unable to say exactly when HCC became a carrier for the Center or how much its exposure with the WTC totaled. "With stakes that big, premiums can vary," Way explained, adding that all property coverages were done through the company's London office.

Neither Way nor his company has responded to questions regarding Bush's proxy statements.

According to Jeff Gallup, formerly with Stratesec's West Coast branch and now at Landtek, Inc., Stratesec installed the initial security description at the Center. Gallup speaks with close knowledge of the site. Landtek was one of the Center's prime contractors along with EJ Electric-- which took over Stratesec's work---and "I was intimately involved [with WTC security], up to the day the FBI left my office with all the contents" of the WTC visitors database---three quarters of a million visitors' badges.

Gallup declined to say why Stratesec was excused from the project. But another former Stratesec executive, who doesn't want to be named, linked the change to the company's financial problems.

Signs of those problems abounded long before its delisting on the American Stock Exchange in October 2002. Some of the problems appear---from off-the-record comments by former personnel---to have been managerial style, or personality differences. Previous management

was "eased out," as Gallup puts it, for the new management that included Bush, who came in with a massive infusion of capital from the Kuwait-American Corporation, in 1992. Wirt Walker, "of the George Herbert Walker family name," according to the former executive, was also a principal in KuwAm.

Stratesec left a trail of small tax liens against it in California, Texas, and Florida, and another paper trail of small court judgments for unpaid vendors. It has announced plans to negotiate its federal tax bill with the IRS and its state taxes with the Commonwealth of Virginia. Stratesec wants to cut its taxes by nine-tenths.

The company received ample funding through the 1990s, with several large contracts, including the WTC, Dulles and Reagan National airports; capital infusions from two other companies following KuwAm; and millions through its 1997 IPO. A partial list of investors in Stratesec while Bush was on board includes the Morgan Stanley Dean Witter Capital Appreciation Fund, the Munder Funds, the Fidelity Adviser Series, the Putnam Capital Appreciation Trust, and several funds at John Hancock.

However, Stratesec was linked top-wise to another troubled company, Aviation General, where Wirt D. Walker III is also CEO. Mishal Yousef Saud Al-Sabah of  the Kuwaiti royal family was also a principal in both KuwAm and Aviation General. Understandably, since September 2001, aviation has not been a cash cow; Aviation General was delisted on the Nasdaq in October 2002. But even before 2001, potholes opened in the green-eyeshade terrain. Gallup concurs, saying, "I was always fighting to get paid. We kept hearing that things were going great ... but I was always saying, 'If things are going so well, then why won't they pay my dang bill?'"

An even bigger question than finance is public safety. Aviation General, formerly Commander Aircraft, has an international clientele. A 1996 press release announced its sale of airplanes to the National Civil Aviation Training Organization (NCATO) of Giza, Egypt, "the sole civilian pilot training organization in Egypt."

This delivery was announced by Sheik Mishal Yousef Saud Al Sabah, Chairman of KuwAm Corporation and board member of Commander Aircraft Company. NCATO's contractual partnerships with flight schools included Embry-Riddle University, in Florida. Embry-Riddle has not responded to questions about the partnership.

There is no indication that investigators have looked into any of these connections amidst administration security measures or proposals including monitoring citizens' library use, a "TIPS" program of citizen surveillance, monitoring individual computers, a nationwide system of citizen ID cards and infiltration of American mosques. As attorney Razzano comments, there is "a real divide between the government and the people these days.

"The government buildings all have barriers around them. There's concrete all over the place. You go as a citizen to see a public official, you go through a metal detector, you get searched, you take your shoes off. And then when you get in to see him, he ignores you."

This rigorous scrutiny, however, has not yet been extended to possible security breaches in corporate suites, perhaps partly because of the Bush brothers' own pattern of difficulties with the SEC. George W. Bush's non-reported insider trading of Harken Energy stock generated a spate of news reports. And Neil Bush's failure to disclose conflicts of interest at collapsed Silverado Savings and Loan, in the 1980s, has been noted by regulators.

Any civil penalties for violating SEC regulations are determined case by case. According to John Heine, Deputy Director in the Office of Public Affairs at the SEC, "there's no 'bright shining line'"; each case is determined on its own merits.

Is there any indication this particular SEC infraction will face scrutiny? Marvin Bush's older brother, President Bush, has appointed William H. Donaldson, a Yale classmate of Bush's uncle Jonathan Bush (at Riggs Bank) and a longtime Bush family friend, to head the SEC.  ##