BACK TO THE USSR! 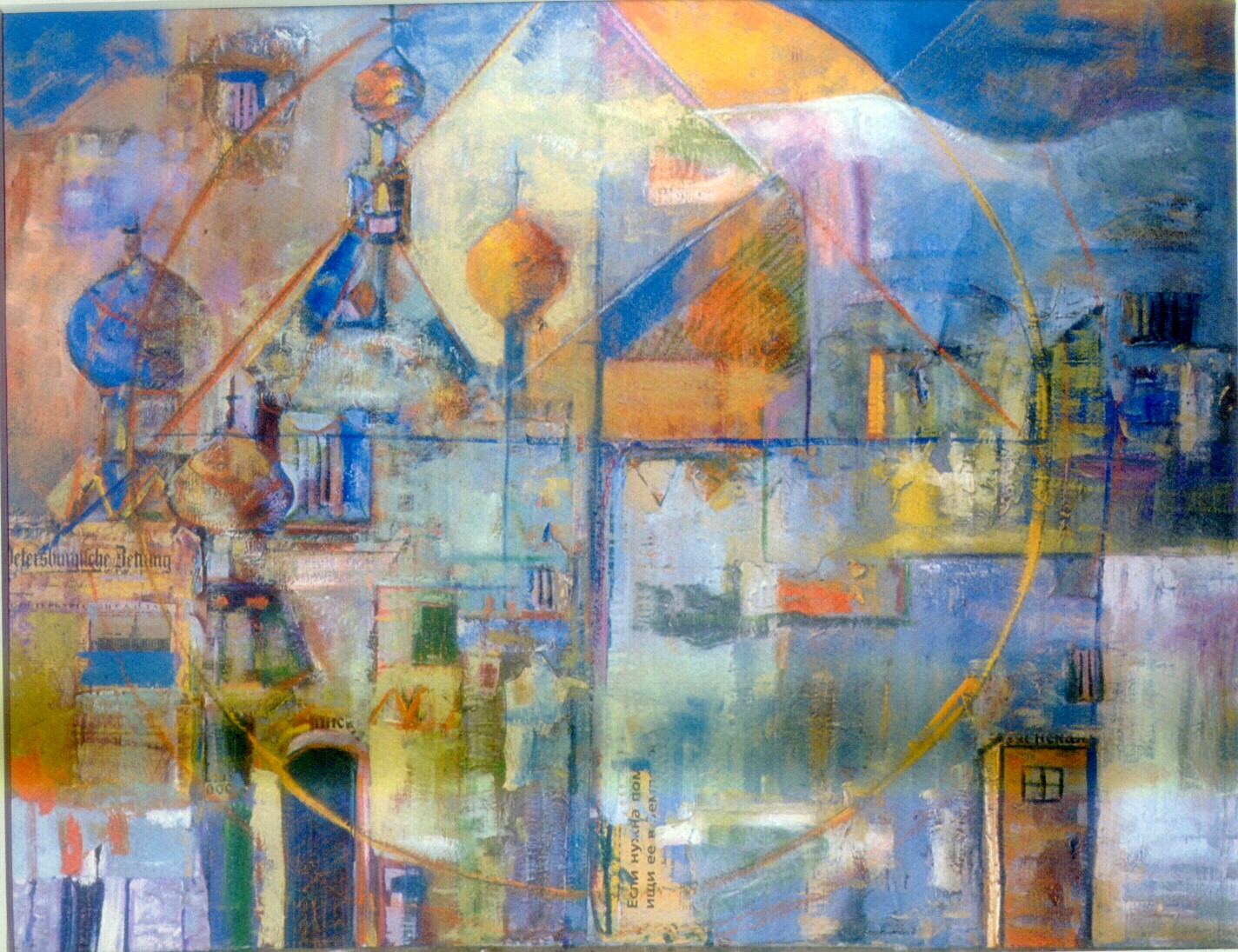 The USSR customs inspectors had quite a chuckle when I showed them my Saturday Evening Post with the Beatles on the cover. I was loaded with more baggage than I could carry.

"Bittles! Bittles!"they laughed to one another. Pointing to the picture on the cover, they kept poking one another, slapping their knees and laughing:

Then, still holding their sides, they waved me through.

What left the customs inspectors all but rolling on the floor was the Saturday Evening Post featuring my story about the Beatlemania that'd dropped on America like an H-for-Happy-Bomb the previous February. This is August 1964, six months after John, Paul, George and Ringo stepped off the plane at New York's Idlewild International Airport. Now it's August of 1964 and I've just stepped off a noisy Aeroflot prop-job after a flight from Amsterdam, where I had to change planes.

Because Saturday Evening Post with the "Bittles? on the cover had turned out to be the best and biggest selling issue since Benjamin Franklin founded the magazine way back in 1776, the editors sent me to England to write another cover story about the Beatles. In England I've had a marvelous time hanging out with the Beatles and their crew in London and Liverpool and I've also gotten to be buddies with Brian Jones of the Rolling Stones. We all hung out at London's Ad Lib Club, where my drunken buddy Pete Hamill nearly provoked a fistfight with John Lennon.

So now I am at Moscow Airport. The Saturday Evening Post editors have sent me here from London to hunt down the USSR's Beat Generation. After all, I?m journalism's expert on the Beats. The editors also want me to find some Russian movie stars to write about. This is in the days when Howard Smith has described me in the Village Voice as a "fairly well known magazine writer."

Was
Rock and Roll
illegal in the USSR?

So, I've just stepped off a noisy Aeroflot prop-job after a flight from Amsterdam and the customs inspectors having a laugh wave me through even though I later learn that in my pile of luggage is a box of contraband---every 45 r.p.m. single to hit the Top Ten on America's pop charts in the previous bunch of months. A music business friend, Donnie Kirshner, then a teen tune tycoon music publisher, has gotten this collection of singles together for me to smuggle into the USSR. Except I don't know I'm smuggling. That is, not until I play the records for some Russian musicians I later bump into in Moscow.

For 40 rubles at Moscow's famous GUM department Store---right cross Red Square from the Kremlin---I buy a green portable record player. In Moscow---as in any city in the world---it's easy to spot a musician. He's carrying an instrument case, right? As I now recall, Lugovoi plays the piano. He is a young man with light hair and brooding eyes looking out from shadowed hollows in his face. Somehow, the fates throw us together and I ask him if he'd like to hear some rock and roll.

His eyes suddenly beam brightly from their shadowed hollows

We set up a date and a taxi takes me to his address in a housing project. He has convened a few friends, all young musicians like himself. Because I'm not at all that acquainted with the Russian language, verbal stumbling blocks get in the way of our communication. But pretty soon, we're a cozy bunch. Lugavoi and his buddies go about hanging blankets over the windows. They also stuff the door cracks with towels. This is what the hippies do back in New York when they wanna get high. What? Are we gonna smoke pot or something? But we're in Moscow! Besides, I'm not carrying! Why are these guys so paranoid? Chill! We're gonna listen to some contraband music. At least, Lugavoi and his friends treat it as if it's contraband. Rock and roll! They don't want the neighbors to hear. They don't want anybody to hear. Especially not the Secret Police.

Ah, the Secret Police! I've hardly gotten off the Aeroflot prop job and already someone's tailing me.  A thin, well-built guy with light hair who's always lighting cigarettes. He is never at my elbow but always across the street or a block away. I figure he's got to be either GKB or CIA. I got nothing to be scared of. I don't tell Lugavoi this, but he's following me on my way to Lugavoi's pad. So I go right up to him and try to give him the address of where I'm going. He refuses to accept it, violently shakes his head no, puts up his palms in horror against me, turns away and mumbles something unintelligible. Then I never see him lighting cigarettes on my tail any more.

So it's 1964 and here I am in a housing project in totalitarian USSR and I'm starting to take these singles out of the box while Lugavoi and his young musician friends look on expectantly. I put the records on the portable Russian record player. I Want To Hold Your Hand, Please Please Me, Can't Buy Me Love, She Loves You---all by the Beatles. Eventually, there'll be a gang of competing Russian garage bands all calling themselves 'the Russian Beatles." Da Doo Ron Ron by the Crystals. Marvin Gaye's Pride and Joy.  Be My Baby by the Ronettes. Stevie Wonder's Fingertips. Soon, Lugavoi and his crew are in heaven. They start boogying and clapping time. They start grinning and giving me the thumbs-up sign.

I get to see a lot of other people before I leave Russia but Lugovoi and I get to be friends. Before I leave, I give him a bunch of the 45s. He gives me a miniature alphabetized address book in a box that's lined with fake felt and bound in an expensive slick black cover patterned with gold saplings. It's really very spectacular. On the page facing the back of the front cover is written:

"I want you to be happy all the time!

And then there's Lugovoi's signature.

Also, Lugavoi hands me a small bronze icon that's been looted from a church.

"From church!" he explains. "Very valuable! Government no allow religion in USSR. Everybody take icons from the churches. Sell on black market. Icons valuable. Big thing now in Russia. Hard to get! I want you to have."

Years later I'm writing this story and I look for the Icon so I can describe it. I think it's somewhere in this mountain of clutter into which my pad is burrowed. I want to describe the bas-relief figures on the bronze and I have to look at it again. It's not in the drawer where I'm accustomed to keeping it. The icon is one of those things that I'd have to be crazy to give away. But years later I sure become crazy. Suddenly, I remember. I've given it away.

Years later when I'm crazy and broke, I can't afford to give important people the kind of important presents I think they deserve. I guess I'm crazy enough to think that just because something is valuable and important to me makes it valuable and important to someone else. Vaguely, I remember wrapping the icon for I forget whom.  Maybe I gave it to George Harrison. Whoever I gave it to must've thrown it away as a piece of junk.  ## 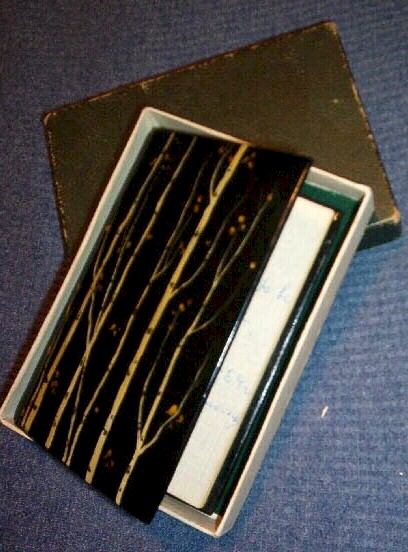 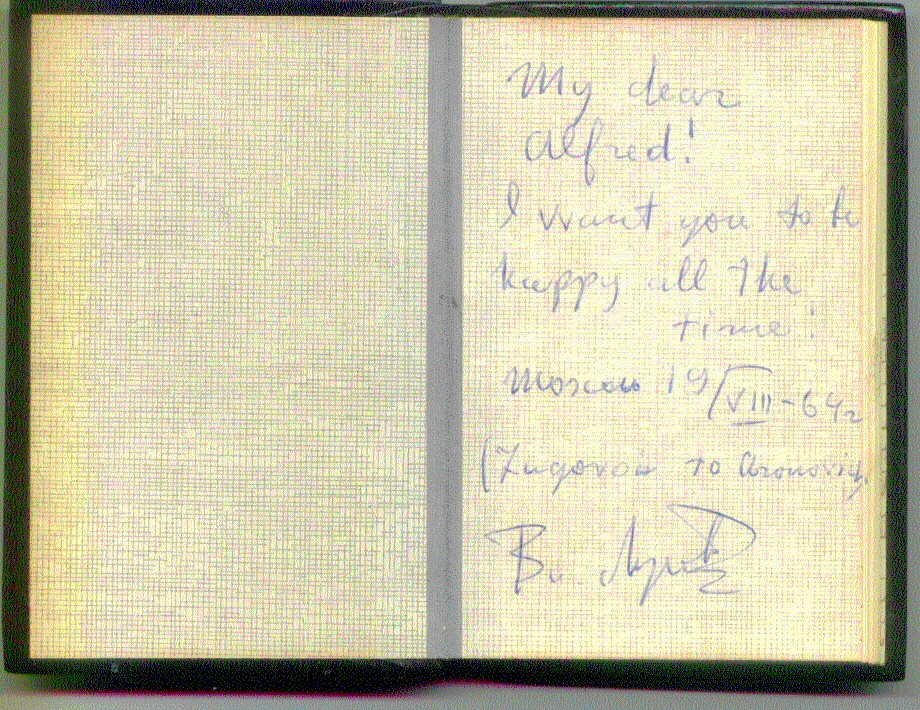