THE VANCOUVER GNR RIOT
ATTACK OF THE MULLETARDS...LOCK UP YOUR DAUGHTERS! 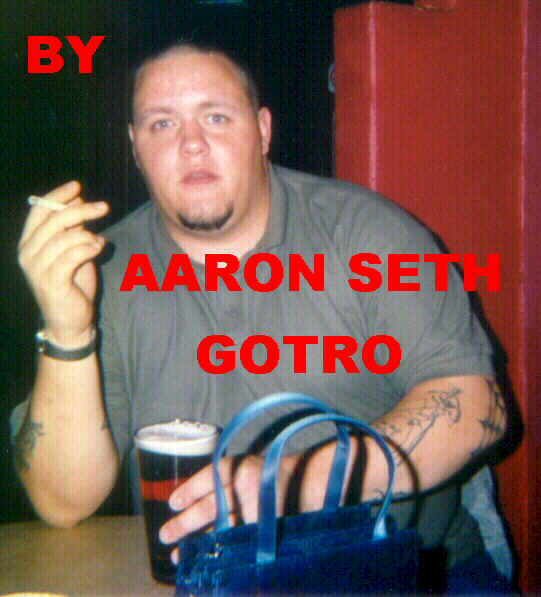 "Is my cock big enough/Is my brain small enough/for you to make me a
star?/Give me a toot/I'll sell you my soul/Pull my strings and I'll go
far..."

The lines of police advanced on the enraged crowd, drumming their truncheons on their riot shields.

"You will vacate the area! Disperse! There is nothing for you to see here!" one cop shouted over a bullhorn.

"Fuck you!" someone hiding in the crowd shouted back.

And then it was on.  From the sidelines, an enraged member of the Vancouver RCMP rushed forward and slammed his truncheon into the face of a spectator too stupid to have left the scene the moment the police arrived.  He went down, and went down hard, where the Size 12 delivered several more viciously painful shots to his face.  The spectator was dragged to his feet and shoved forward.

"Move along!" the RCMP constable spat, venom flecking his lips. The spectator showed the cop his front teeth, which lay in a coagulating pool of blood and sputum in his outstretched, shaking hand.  But the constables had little time to examine this crude dentistry; the sound of shattering glass and the joyous cheer of reckless endangerment had them spinning on their heels, racing off into the darkness to kick the hell out of another evil-doer...

Vancouver, British Columbia had its third riot of recent memory not over a political event such as the APEC fiasco (also dubbed The Riot At The Hyatt), not over losing the Stanley Cup to the New York Rangers, (which was certainly more important than, say, Big Business Takeovers) but because an ancient Heavy Metal band was unable, or unwilling to take the stage.

That's right, folks, it was a Guns 'N' Roses concert gone bad.  Say what you want about Canadians being demure, peaceful folk, but we take our rock n roll seriously and we get mighty pissed when the Big Show doesn't hit its mark on time...

Guns 'N' Roses...what a band...or is that WAS a band? No one has heard a lick from the band since 1992, when they released their double album (each sold separately in what many fans believed to be a big money grab) just before Nirvana stepped into the limelight and stole the "hard" music scene with Smells Like Teen Spirit, forever changing the face of heavy music.

Suddenly, that Poison Hairstack was passť, dreadlocks were in, acid wash and the white-front-black-three-quarter-sleeved-airbrushed shirts were out, and flannel and corduroy was way, way in.  Also out were white Reebok high tops and cowboy boots, replaced by Doc Martens and London Underground shitkickers.  Seattle's "grungers" as they were called, grumbled that they had always dressed this way; no matter---the look was High Fashion and there was nothing they could do about it.

It took Cobain jamming out those 3-5-7 position power chords to fell the Giants of Metal (Ozzy omitted) and then, to kill the Whore of Grunge Babylon, nuking his face off with a shotgun to end the madness of it all.  And into that vacuum, fell one William Axl Rose.

Say what you will about the Glam Rokk era of late 1980's and early 1990's metal.  Most of it has no defense.  With guys out there wearing more make-up than Tammy Fae Baker and tighter pants than many hookers, taking stage names such as Poison's Rikki Rocket, it is hard not to laugh. I saw CC Deville on Rock N Roll Jeopardy, high as a kite on cocaine, making a total ass of himself, buzzing in on his own Daily Double. To his credit, the little bugger took the win, but man, that was some sad stuff...

But Guns 'N' Roses were different.  Their break-out album, Appetite For Destruction, put the hairbags on the map again as a visceral, mean-sounding band.  Not only was Guns 'N' Roses NOT an act, they lived what they were singing about.  Instead of Poison's Talk Dirty To Me, a song about kissing and simply implying sexual intercourse in the cellar, GNR sang about hookers, cheap drug-induced, alcohol fueled sex with groupies and the non-glamorous side of addiction and prostitution.

Mr. Brownstone has to be one of their best songs, all these years past.  They lived what they wrote. No matter how ugly they were, no matter how foul-mouthed, tattooed and willfully ignorant they came across, there was no question, GNR was REAL.

As the rocket of Grunge took off, GNR broke up.  Guitarist Slash, who, incidentally, played for Michael Jackson and Lenny Kravitz at one point, formed Slash's Snakepit, a horribly doomed band that sounded like a GNR coverband that pumped out one, maybe two albums before getting bitten on the ass by the mongoose of failure.  The same can be said of Duff McKaggen's band, which I think, but am not sure, was called "Duff".  But the key player in the whole Evil Empire of GNR disappeared forever...or so it seemed.

Rose suffered through depression for most of his life prior to forming GNR. As the success of GNR declined, and as bands such as Soundgarden, Tad, Hole, et al began their own climb to stardom, Rose's depression got worse.  He became increasingly isolated. His marriage dissolved, although I would chalk that up to substance abuse and anger management, more than the Badmotorfinger album.  And suddenly, like a bad 24-hour flu, GNR was no more.

Metallica released their first poser album (dubbed the Black Album, produced by dickhead Bob Rock) and then metal was no more....

So imagine my surprise as I leafed through the paper and saw an ad for Guns 'N' FN Roses playing in Vancouver.  I thought it was a coverband. But no, it was the Real Deal, the Resurrection of the Demagogs.  They lived to Rokk again...

And the rest was history...as Showtime approached, the mullets donned their acid wash and high tops, and began converging on the venue like a scene out of the 80s horror hit, C.H.U.D.  I was surprised to see so many of the Mullet Army had survived, but you know what they say, you can't keep a KISS fan down with only a 10 year supply of steroids and crystal methamphetamine...you need at least 100 50 gallon drums of good, strong ether and at least as many pounds of PCP for that...

Mulletards, still feeling the effects of their straight meat and 'roids supper, became enraged.  Where was the Golden Crooner?  Drunk on JD and Lucky Lager, they hit the streets, demanding re-payment for tickets purchased, many of them plucked from the scabby hands of scalpers.  The promoter, realizing that the mob outside were not Celine Dion fans or worshipers of Sir Michael Bolton, but rather enraged psychopaths with strange and bizarre perversions for things unmentionable, called the RCMP.

The police did their best to disperse the crowd, but the Blue Collar Boyz were having none of it and fought for the right to stay and wait for Rose, who, if you have seen him, is now a Fat Elvis version of his former self. Like Orangutans, they lobbed melon-sized chunks of paving and garbage cans from two stories above the RCMP's heads.

Several policemen were injured. Several arrests were made, and as the cops retaliated violence upon the violence-doers, some in the crowd began chanting, "Fascist! Fascist! Hate Crime!" giving more than just myself pause for thought.  I guess the Metalhead of the 1980's is now also a conscientious objector to police brutality too. Right on, brutha! Fight the Powa! Or something...

I can't side with the rioters on this one.  Yep, you got bashed in the face. You got your teeth KO'd.  That sucks. I feel for you.  Well, not really. I think if you're stupid enough to hang around when the Big Boys With the Big Toys show up, it's time to book it.  Ask yourself: Is Axl Rose worth a root canal?  Do I really have to answer that for you?

Axl, in a "rare" interview on a Seattle radio station (rare? could it be that no one has heard from him because no on WANTS to?) he claimed the airport was to blame.  Whatever.  It may be sad to say, but GNR is a long dead dog, with nothing to show for it except the herpes blisters and the scars of a long gone dose of crab-itch.  It's a shame, because in this day and age, there are few bands who still kick it like they say they do, like Ozzy and Hank Rollins to name just a couple. Sabbath and Motorhead take honorable mention.  I threw in the Appetite bootleg my wife has, and man, that album still kicks some serious ass.  Too bad Axl can't back that kick up anymore.

But that's just this Rokk fan's opinion.  And like an asshole, everyone has one...  ##