A KNOT IS NOT  A NOOSE 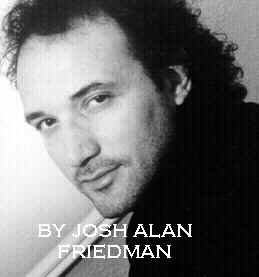 "You really a nigger, right Jock?" asked Jeffrey Lincoln. "You a light-skin nigger, you really one of us, right?"

"Yeah, that's right," I said, convinced this was true.

Jeffrey gave the impression he was better off than the other kids. He always complained that his momma made him take a bath on Sundays and he was known to have more than one pair of underwear. The other boys marveled over the birthday presents Jeffrey claimed to have gotten. "Ah got me a bicycle and a train set and a domino game for mah birthday."

"Hey, y'all see King Kong on TV last night?" he once asked.

He curled his eyebrows in astonishment. "Man, it would take a thousand toilet papers to wipe King Kong butt!"

So I figured he had a TV. We'd been planning to hang out at his place, without Bobo. I'd never been there and expected it to look like a toy store. We set out after school one afternoon and Jeffrey led me deep into the woods, farther than I'd ever been before.

Some old drunk emerged from behind a shack and poleaxed me with his stare.

"Yo' daddy hate niggers!" he shouted. Jeffrey led me on.

"When we gonna get there?" I wondered.

"Just upside that hill. That's where I stay."

His place looked like a haunted house, but this was no make-believe haunted house in a basement. He really lived there. It was a crooked, boarded-up shack. Alongside the house was a small gathering of middle-aged colored women passing around a homemade jug of rotgut. It was in the vapor of their sweat. A 250-pound woman was sitting up on a porch preaching while the audience listened attentively. She was ranting on about Limpy, Bobo's uncle. Uncle Limpy was the rakish owner of a body shop whose main source of business came from car wrecks that he himself was in:

"Someday the Lord is gonna visit that nigger, you wait and see, he's gonna visit him. The Lord, or somebody gonna visit him, because you cain't go through life cussin' and fartin' at everybody, everything you see, you just cain't do that and escape the Almighty's wrath. Or do you think I'm a fool?"

"He a shitheel and a heathen!" came another woman. They passed the jug.

"You can't go about stealin' everybody money. That nigger cussed out God Almighty himself, then broke mighty wind, yes he did, right befo' mah eyes," continued the leader. "I tole him he should go straight to church to beg forgibness fo' his soul, and that nigger bent down and said that the Lord could kiss his shiny black ass. But the Lord ain't gonna kiss no nigger's shiny black ass, or if he do kiss it then that nigger knows somethin' I don't know and wanna find out about pretty quick."

"You right, you right!" echoed the sisters, all of whom were whipped up to a man-hating frenzy.

"When I axed him ain't you s'poze to be runnin' yo' bidness at the shop, he just up and showed me all his money and said he don't need to work cause he got his ways. But ah know what his ways is. He a fartin' man. And a thievin' man. And ain't one thing a fartin' thievin' man is good fo', and that's laying 'round the house and fartin', then goin' out thievin'. I swear, that nigger got the devil in his bones and his bowels. There is somethin' wrong with that nigger, somethin' done gone wrong deep down inside his intestine. Am I right or am I a fool?"

There were grunts of amen amongst the ladies, as they passed a jug. Two women came into view carrying shotguns with a rope of squirrels slung over their shoulders. The larger one stopped in her tracks and bellowed, "Just a minute, Mr. White Cracka! Where the hell do you think you is goan?"

All the colored women took notice and I froze under their haughty gaze.

The woman who had been lecturing the mob stood up.

"Why you bringin' this white shit over here Jeffy, ah'm surprised at chu'!"

"Momma, it's okay cause he mah fren," came Jeffrey. "Besides, he really one of us, he a white nigger."

"You buttin' in! You buttin' in to what ah was sayin'. Ah tole you never to talk back to me, heathen! Shoo, the fibs that chile can speak."

"What we goan do with this cracka, Hattie?" said the woman with the shotgun and squirrels.

"Whup the tar out of 'im," barked a voice from the mob.

"Hell, ah'll blow off his fuckin' haid!" came the large squirrel woman, motioning with her gun.

I went limp with a sickening fear for my life. The preacher woman wobbled over and knocked me down. The force of her fat arm wasn't too hard, but I knew I'd better hit the dirt. I was on my own now. I didn't move. I didn't know where to run, and if I tried, the big lady was sure to shoot me down. On the ground I was at their mercy.

The black ladies encircled me and began to clap their hands and hum some supernatural progression, foreign to my ear. Some of them swayed their hips, child-bearing hips that had all once fallen prey to the rapscallion Limpy. And then they did a two-step, shifting swollen bare feet toward me, then dancing back. It was a nightmare. I strained to see Jeffrey, but he had disappeared behind the army of black ladies. The preacher woman started in a sermon-like voice:

"You chained us hand and foot and took us from our mother land to live in slavery and disgrace."

"Bound by chains you made us toil in the cotton fields from sun-up to sundown. You dressed us in rags and made us eat the lef'- over scraps and slop not fit fo' a hog. Lord have mercy on our souls!"

"Amen, the Lord have mercy," chanted the chorus.

"I didn't do it." My colored accent disappeared and I felt whiter than I ever felt before. Right then and there I wished I was colored so bad I just looked up to the sky and prayed, if the Lord really exists, prove it to me and make my skin black right now, strike me with a bolt of blackness. Make me if not the blackest nigger in the world at least a fine shade of brown. The preacher woman went on to blame me for everything from the slave trade to the recent assassination of Medgar Evers and the bombing in Birmingham, killing four of their young.

"And to this day you continue to commit social injustice upon the colored people."

"That's right, choke, go ahaid and choke!" came another voice from the pack. I saw someone's old-lady shoe kick me in the head.

"We want chu' to hate us!" came another voice.

A bucktoothed lady with a lisp added, "Thaths right, thucka, an we wanna kill yo' momma and yo' poppa and all yo' kind." The shotgun barrel was pointed my way as the other women cleared away from me. The tribe of monsters closed in, about to snuff me out. I heard black crows in the distance, seeming to join the chorus against me. I wished I could be one of them. I cried to be back with my family, in the safety of my bedroom, amongst my toys, with my guinea pig, Sitting Bull, white-people things that seemed so far away. I had trespassed into hell, and learned my lesson.

Still, there was no shot.

"If he think he a nigger," came the sober voice of the squirrel lady, "ahmma get some rope and lynch his ass."

The squirrel ladies seemed more business-like than the others. They set down the day's hunt and untwined a frizzy rope from around their shoulders.

"C'mon, Mr. White Cracka," said the huge woman with the shotgun, shoving and smacking me off into the woods. "Ah got somethin' for ya."

Jeffrey's momma held him at bay. I saw his eyebrows curled with helpless concern.

"Teach him good!" yelled one of the ladies. The whole pack laughed as the two hunters led me off to my little white boy's fate.

"Give him a nigger hit! Give him a nigger hit he won't soon forget!" screamed another. The two squirrel hunters led me down a dirt path. They were on a mission, they knew their business and spoke not a word till we reached a clearing. "Stop right hyeah."

One of them hitched up the rope around a tree branch about eight feet high. The other tied my hands behind my back. I stared blankly as they fashioned a makeshift noose. They tied it around my neck.

My ideas on death stemmed from pictures I saw in my favorite magazine, Famous Monsters of Filmland. But they never portrayed the grim reaper as a big fat colored lady. The two of them who led this death march were scarier than Dracula or Frankenstein--whom I secretly believed were my guardian angels. But neither had yet come to my rescue. Real monsters roamed the earth. The lady who tied my hands behind my back snorted like a rhino through her massive nostrils. They pulled the rope up as high as they could around the branch, which lifted me off the ground. . . but just barely.

"That's right, peckerwood, choke, go ahead and choke! Kick them little laigs, kick em!" And, oh, how my little legs did kick. Luckily, I could still touch my toe to the dirt every other moment as I bounced from the neck. Each time I touched the ground I was able to equalize the pressure on my neck and catch my breath. Sort of like coming up for air to prevent drowning. They were too stupid to tie a proper hangman's noose. Or maybe they were too smart. They merely tied a loop around my neck. Finally, they walked off.

My nose was running and my mouth foamed with spittle. But I kept touching ground. It was twilight, getting darker. I dangled in this pathetic situation, bouncing, dangling, touching a piece of the ground, gasping, catching my breath. I didn't know how long I could hold out. It seemed like a half hour before Jeffrey found me, cutting me free. His expressive eyebrows were hunched up in a look of incredible worry.

"Run, Jock, run! Run!" Jeffrey ordered. So I did. I ran, as I'd done before from enemies, up the hill past the point of being out of breath. I imagined if I turned around the colored ladies would be right behind, grabbing for my neck. When I finally reached my back porch I was gasping nauseously. The colored ladies were nowhere in sight. I began to feel the warm safety of home-sweet-home, and it never looked so sweet. I promised myself that I'd never go down to Glen Cove Avenue again.

I was too embarrassed to tell my parents how I got the rope burn around my neck. I made up some story. They questioned me relentlessly, but I maintained I tumbled down a hill. Then I became furious. The next day I figured to track down the squirrel ladies and kill them with my stiletto imitation pocket knife, the one I had ordered off a Bazooka Bubble Gum wrapper.

And so I brought the knife to school, but decided maybe I'd hunt them down tomorrow. Or the next day.  ##