BY JOHN LENNON:
THE TWO FACES OF AL ARONOWITZ 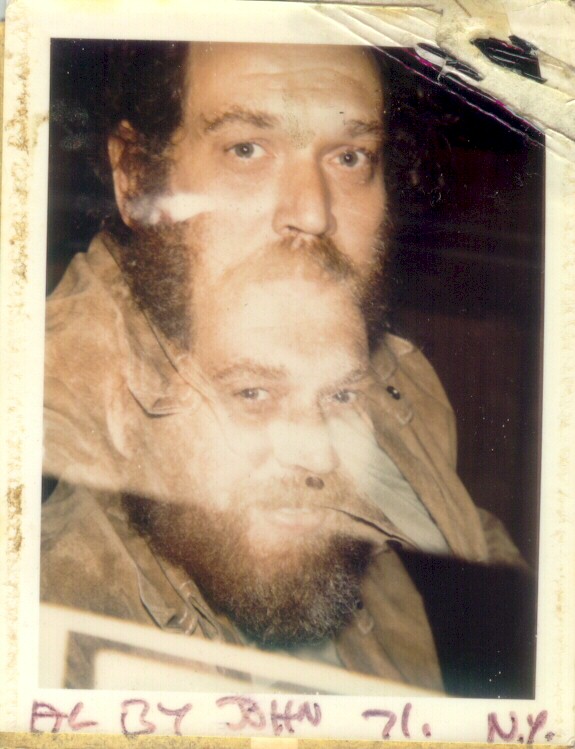 Any time I think of John Lennon, I am overcome by emotions that range from delicious heights of joy to unspeakable depths of sorrow. One of my most prized possessions is a memento of my acquaintanceship with him that never fails to take me on that rollercoaster ride.

It is a memento that dates from the painful time when a stupid argument with my wife forced me out of our cozy crib in suburbia---Berkeley Heights, New Jersey, where I now look back on having spent the happiest years of my life raising a family with her. For a few weeks, I camped with a friend on Horatio Street in New York's West Village . At about this time, John also was living in the West Village.  He was sharing a small basement apartment with Yoko Ono on Bank Street, only a short walk away.

It was 1971, when I was still writing my Pop Scene column for the New York Post. That was when people were telling me I was a living legend and it was going to my head. Whenever I?d walk into a Greenwich Village club, the whispers would jump from table to table: "Al Aronowitz is here!" But my separation from my family was torture.

With John and Yoko living such a short distance away, I made a date to pay a neighborly visit. Even my walk to their pad was a memorable adventure. Because it was during this walk that I first

realized I needed eyeglasses. Just before I got to John's place, I stepped in a pile of dogshit. It was waiting there like a land mine and the stink exploded like a bomb. No matter how much I scraped the sole of my shoe, the stink followed me into John's and Yoko's apartment. At least in my nostrils it did. Forcing me to make this a hello-goodbye visit.

I forget the small talk we made, mostly about the need to improve the disintegrating state of the world. Yet, no matter what a score it was to be hanging out with John and Yoko, I was too embarrassed at stinking up the place to enjoy the visit. I couldn't wait to take the smell back out the front door. But John had too much to say before I could make a getaway. This was at a time when he was chronicling his life with a Polaroid camera and he insisted I couldn't leave until he had taken a picture of me.

John aimed the camera and it misfired. It flashed twice.

"Whatta we got here?" he said. "Let's wait and see what comes out!"

He kept holding the Polaroid in his hand as he watched the picture materialize. Suddenly, he roared with laughter and shoved the picture in Yoko's face, announcing:

"Look at this!" The two different faces of Al Aronowitz!?

Yoko broke into laughter, too.

The picture turned out to be a double exposure. There was one image of a serious me and an overlapping image of me smiling.

He pasted the picture to its backing and wrote in its margin with a felt-tipped red marker: "Al By John 71, N.Y." And then he gave it to me to keep.  ##