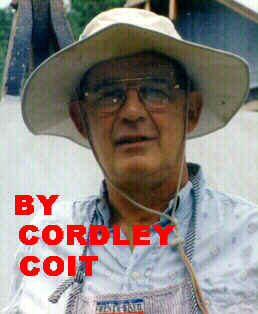 As I walked towards the assembly point of the anti-Bush, anti-Bush-War rally in the Denver late Friday morning, I ran into some of the dreaded Black Bloc walking the same way. How did I suspect they were the Black Bloc, one might ask?

Something about the dress and the masks. We were exchanging pleasantries, as some of my immediate family have been known to don the mask, when a tall dark mustachioed guy in his late thirties asked in a loud voice:

We ignored the interruption and went on with our conversation and the guy yells louder:

After couple of yells he continues in the same tone, "I am an original Reagan Republican. Suck my cock!"

"Oh that explains it," a well-wisher said, cheerfully.

Obviously, the man was looking for love in all the wrong places. I carefully and cheerfully advised him that not everyone he was yelling at were pacifists and someone might pass a fist through him for pottymouthing.

But it was a cheerful crowd and a large one not inclined to hand out etiquette lessons. As the neo-liberal speaker started to mildly rebuke the Bush man I reflected on other wars, other times.

Then an extraordinary thing happened: another crazy, a Ms. Rodriguez, screamed at the microphone to tell us the truth. The liberal ladies let her speak about Nostradamus and the

The crowd at the spontaneous demonstration grew to number at least 2,500

quatrain:  a subject for late night radio rather than daytime protest. Soon she was evoking the gentle Jesus to smite our enemies and she had a list; that was too much even for the Unitarians running the sound system.

It was a growing crowd. Over a thousand by the time the retired Naval retired Intelligence officer gave us the historical background on our impending slaughter of Iraqis to avenge the insult to the Bush's dad's honor. No, there was nothing personal here. Only history will tell that it was Papa Bush who lost the Gulf War.

As the march moved out to the Adam's Mark, a non-union hotel, where Mr. Bush was arriving by air, for lunch---a thousand dollars would get you in the room---I wondered how many times the absent bin Laden paid this fee to the elder Mr. Bush, the one who gave him the guns, stingers and landmines to kill the Russian Oppressors out of kindness. I suppose in non-union hotels around the world, dollars buy votes as well as guns, dope and lawyers.

The crowd had grown to about three thousand more or less---twenty-five hundred at minimum. It sure was a lot of people for a noon demonstration that had never been called for.

The people were in a good mood---loud but not ugly. The police were not using their hard guys yet.

The only cops to get out of hand in my sight were the Secret Service. I went to photograph a beautiful German Shepard, probably a bomb dog, by the side entrance of the scab hotel when a Secret Service steroid, a fat jock type with eyes glazed over, started to come unglued.

I am not fearful of jock type cops because they are generally strong, but slow and heart attack prone. This one looked stoned on something bad for him. White man's drugs are bad for cops. They use a lot of Meth-based chemistry (which deadens The Pain). His eyes were psyco-city. He is representative of the new Secret Service: the washed up, drugged out, malignant dwarf-personality type. He had to be restrained by his handlers.

He is symbol of the New America---the Bully. This dog was really good looking. Then I caught up with Doc Rosen, founder of the street medics. He was as surprised as I was at the size of the crowd.

The crowd started dancing and dispersed without incident. There was no mention of this peaceful demo on the news, until the nine p.m. rewrite for NPR. People really concerned about the war were expressing themselves but there was no free press there to see it. Or at least damned few.

IndyMedia, freespeech.org tv was there as was Rocky Mountain Media Collective. There looked like some people from the Denver dailies as well.

The street speculation was that the cops were on hold because the Colorado Repubs didn't want to look like they were eating and fund-raising while their thugs were creaming the electorate.

The Governor, another Friend of Bush, headed for the Beltway. He is  a man who has distinguished himself by cutting off aid to the disabled, the mentally disabled, the elderly, education, kids health, the arts and the poor.

He was munching his free lunch, protected by the people he has increased aid to---the highway builders, the tree choppers, the developers, the courts, lawyers, the cops. They are the people who keep him.

Joe Calhoun an astute filmmaker, put it this way: "Who really counts? The two hundred fifty up there feeding at the trough or the millions out here?" Sadly, we know.

On our way home we saw our friend, the original Reagan Republican, who was still looking for love. Or for a beating.  ##