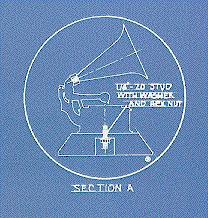 I caught a piece of the 38th annual Grammy Awards show on TV the other night and the slickness of the goings-on triggered my mind back 26 years to the 13th annual Awards, when the Grammies were in their Stone Age. That was when I found myself compelled to raise my voice against the lack of clairvoyance on the part of the National Academy of Recording Arts and Sciences, which couldn't foresee the Grammy Awards as the kind of TV spectacle that moviedom's Academy Awards already had become. In my POP SCENE column 26 years ago, I wrote:

If you think you missed anything at the Grammy Awards in Alice Tully Hall the other night, so did most everyone who was there. I fell asleep, but that's not an honest criterion. By the time they got around to announcing the major winners, just about half the audience was long gone. The sound system broke down in the middle of the show, but even when it was working there was very little you could hear.

I found myself reminded of Father Norman J. O'Connor, known as the "Jazz Priest," who bantered onstage with comedian David Steinberg. I remembered that the only reason I knew their conversation was funny was because I saw the people in the front rows laughing. I think I heard Father O'Connor tell David that he was dressed pretty snazzily for a rabbi and then I think I heard David ask Father O'Connor how far he thought he'd get in that Nehru suit.

I don't mean to be ungracious, but sound, after all, is the record industry's business. And the National Academy of Recording Arts and Sciences, which gives out the Grammies, is dedicated to concerning itself with sound as an art form.

Only 26 years ago, and, at the Grammy Awards, the mike goes dead in the middle of a song by Brenda Lee. Rock impresario Bill Graham, who always acts as if he owns the show, immediately gets up out of the audience and rushes backstage screaming bloody murder only to discover that the sound man is up in the lighting booth. By the time the sound man descends to the stage, a furious Graham is flashing his famous snarl.

"What are you, crazy?" Graham shouts. "What's going on here?"

The sound man looks Graham calmly in the eye.

"Are you in the union?" the sound man asks.

The tickets call for black tie only, but Graham, self-appointed representative of the countercultural rebellion, is dressed in a brown tweed suit. He afterwards tells me that he'd been thinking of rushing the stage anyway. He tells me he'd wanted to grab the mike away from the emcee, a job which NARAS has entrusted to TV talk show host Merv Griffith, of all people. Graham tells me he thought Griffith was in bad taste when Merv introduced Peter and Mary of Peter, Paul and Mary by saying it was Paul's night home to work on the dynamite caps. That's supposed to be a joke about Peter, Paul and May being an underground group. That's supposed to be funny because the trio keeps participating in Civil Rights protests. When the sound system breaks down, the audiences empties into the lobby. When the show starts again, a third of the audience never returns.

Some of the performances were great. Richie Havens and the Voices of East Harlem were big hits and NARAS's entertainment committee scored a coup by daring to put Miles Davis on the stage. When Merv Griffith introduced Miles and then reached out to shake hands, Miles nearly threw Merv with a judo toss. Then Miles, still avant-garde at the age of forty-three, led his group into a pastiche of experimental sounds. The one great magic moment of the night occurred when Miles suddenly bent a note into a slow change, blowing what some later described as one of the clearest, one of the most mournful and one of the most gripping solos they'd ever heard him play.

"It was like the tiger at dawn, getting up and stretching in the jungle," Graham said.

At the time, I wrote that if Graham had gone ahead and grabbed the microphone, he might've turned out to be the hit of the show.

As for the awards themselves, what can you expect in a place where they didn't have enough room to check everyone's coat? The Grammies were handed out at events held simultaneously in Atlanta, Nashville, Chicago and Los Angeles as well as New York. There was the predictable company bullet vote and Columbia walked off with most of the prizes. Blood, Sweat and Tears got the album of the year award over the Beatles' Abbey Road. The Band, which has given us some of the most influential music going, wasn't even nominated.  ##

CLICK HERE TO GET TO INDEX OF COLUMN SEVEN