A MOST LOQUACIOUS HUSTLER 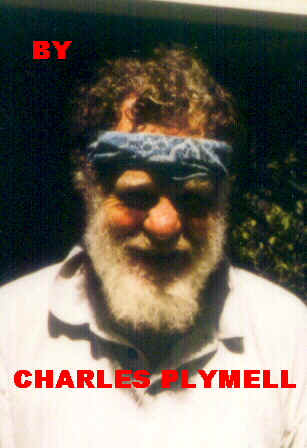 [The following first appeared in HUNGER NO. 5 1999 and appears here with the permission of the author]

Ray Bremser was one of the original, if not one of the most authentic Beats, a hipster from the same vein as Herbert Huncke (probably closest to him philosophically than others), from the jazz subterranean world down the block to where Kerouac was blowin'.  He lived a Spartan lifestyle (not without excesses) associated with the early Beat movement.  A bed on the floor in a room a couple times bigger than a cell, a few tattered books and a sink to piss in was home to him.  He was not a clean liver by any means.  His pad was probably more like Howard Hughes's, except in Ray's case filled with labyrinthine mounds of beer bottles, cans and ashtrays.

His economics were similar to Huncke's, too.  Always on the hustle, scuffling enough for beer, cigarettes, drugs, and a room.  He had one windfall from a class-action suit against the state, which brought several thousand to his kitchen table piled high with butts and beer cans and thousands of dollars.  He lived in a pad in Utica with no street numbers.  I talked to a couple of black guys at the door to find him.  He gave me a thousand to go for cigarettes, saying to keep the change and not to say he ever owed me anything.  He went through the thousands in one day.

He loved experimental prosody, had a gift for gab; his loquacity and sarcastic tone added a beautiful bass to his New Jersey accent; he liked to jive and put people on.  He said he "talked more shit than the radio." Always laughing or snickering, mostly caustic, his religious motives more satirical than serious.  His poetry had the same jazz, surrealist, existential, hip tones as did his "street-beat" contemporaries, Jack Micheline and Bob Kaufman.  Though unlike Kaufman, social and political agendas didn't prevail, but set a tonal backbeat that made his linguistic experiments cohere or "work? in the sense that Jackson Pollack coined.  He demanded from the listener, which sometimes caused unenlightened reporters to miss the poetry.  His voice was of New Jersey, a proletariat east chemical coast flatlander.  "What Hoboken Makes, The World Uses," he used to recite the sign for the prophylactic industry in his home town.  ##