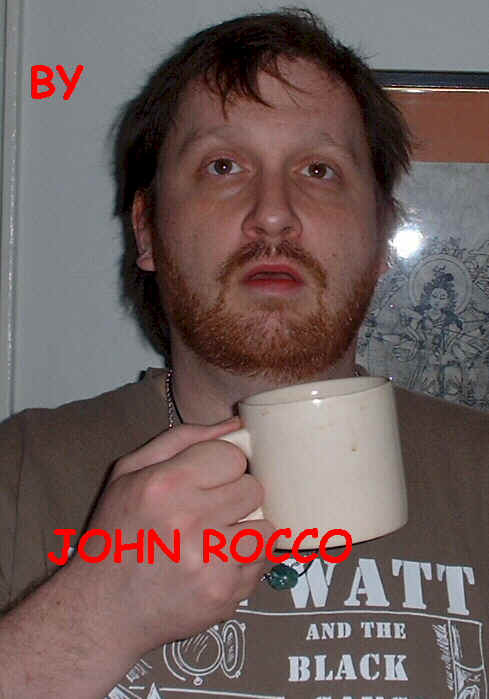 The Declaration of Independence This Time: Selected Poems 1996-2000 by Ron Whitehead, Hozomeen Press

My manners, abominable at times, can be sweet.  As I grew older I became a drunk.  Why?  Because I like ecstasy of the mind.

But I love love.

Ron Whitehead's poetry reminds me of the way WWII vet and renegade American filmmaker Sam Fuller described Omaha Beach on D-Day: "Lined with the intestines of men."  Guts everywhere.  And Fuller's thoughts on depicting war on film is reminiscent of Whitehead's poetic voice: Fuller believed the only way to authentically depict warfare would be to fire live ammo over the audience and maybe even wound someone.  Whitehead's words?on the page or as live salvo?have these sort of guts: two-fisted, hard-hitting, sans nonsense, and they often go right through you.   His new collection, The Declaration of Independence This Time: Selected Poems 1996-2000 (Hozomeen Press), is a concentrated display of his arsenal of Beat Guts, Rock and Roll Swagger, and American Sweat.

1)   Beat Guts.   You have to be tough to write poetry in America.  It is a tough place.  The dark streets are crowded with something more than night.  You have to be tough to write.  Whitehead knows this and he's proud of his filled-with-guts-lineage; this tough pride runs throughout all his writing and makes his poems essays on poetic theory, Beat tradition, and his hard-boiled American soul.   Not hard-boiled in the sense that nothing can get in.  Actually, it is the opposite: he lets everything in.  That is how tough he is.  His guts are packed with it all: Kentucky, Kerouac, Joyce, Rock and Roll, Ferlinghetti, Elvis, injustice, justice, the Big Bang Epiphany, the pandemonium moon, rocking chairs, coal miners, toads.  He tells us he "believes in non-violent fighting which creates new forms new voices."  He is a violent non-fighter in a series of Kentucky haikus:

In Kentucky
always
I go too far

Whitehead talks hard-boiled American as he tackles despair in "Death on My Left Shoulder? or uses a kind of Beat Calculus to chart the ethereal in 'the Shape of Water? or rewrites The Declaration of Independence and Yeats's 'the Second Coming? to struggle with the past for a new world.  His fight against a brutal America of poverty and greed is combined with a genealogy of heroic American rebels in "Calling the Toads: The Antinomian Fire this Time," a kind of Burroughs cut-up of Beat scholar John Tytell's description of the antinomian tradition and Whitehead's exuberant riffing on it:

The antinomian legacy of Whitman, Pound, Miller, Kerouac,  Ginsberg, Burroughs, Ferlinghetti, and so many other poets, writers, artists,  musi cians leads to our door and in this final moment having stood in the shadows for too long we step out and now we stand on the brink on the edge at the ending of time Time was, Time, is, Time will be no more And it's The Big Bang Epiphany In the gap between thought and image Voices        streams racing Whispering through our blood

Pleading through our bones

Strange activities of our nerves

The unconscious life of our minds

A tetrameter of iambs marching

The Book as Sacred Elixer

2)   Rock and Roll Swagger.  Anyone who has ever heard Whitehead read his poetry knows that he's one of those rock and rollers, one of those 50's rockers combing back his slick hair and one of those 60's experimenters with surreality and one of those 70's punks pleasing Burroughs with their antinomian chants of BUGGER THE QUEEN.    He's a rock poet.  Elvis Presley, Bob Dylan, and the blues are as influential upon Whitehead's verse as Jack Kerouac, Walt Whitman, James Joyce, and Lawrence Ferlinghetti.  But it is the same tradition.  Rock is Whitehead's America.  Rock culture emerges out of Beat culture.  Kerouac's spontaneous bop prose was a declaration of fierce independence for the American writer.  Rock became the battle music for the American revolution in consciousness.  Corporate monsters may tap into the life force of rock but they can never suck out the Beat guts.  Fiery baby-chewing Moloch, because his mind is pure machinery, doesn't listen to the Grateful Dead (Neal Cassady was practically an honorary early member), the Doors (Ray Manzareck has said that without On the Road 'the Doors would never have existed?), Dylan, Tom Waits, the Velvet Underground, the Soft Machine, the Rolling Stones, David Bowie, the Clash, Iggy Pop, Patti Smith, Sonic Youth, the Beastie Boys, Nirvana, R.E.M., Ron Whitehead.   Kerouac knew this when he wrote that "Beatles is spelled Beatles and not Beetles."  Dylan and the Clash knew it when they went on tour with Allen Ginsberg.  Kurt Cobain knew it when he recorded 'the Priest They Called Him? with Burroughs.  Whitehead knows it throughout his words.

The music began in the tough, beat, lonesome American cry called the blues and Kerouac, high on words and drunk on jazz, gave it a subject matter.  He gave it his life.   Whitehead celebrates this in the music of his writing, his affirmative swagger in the face of  guilt, decay, despair, suffering.  In "Bell and Drum? he brashly solves Stephen Dedalus's problem with a punch of American enthusiasm:

This is the traveling advice given in On the Road.  This is the glow at the center of all Kerouac's work, especially in the dark confessions of Desolation Angels and Big Sur.  Kerouac is still the most critically underrated, overlooked, neglected writer in American literature.  And yet his work is everywhere in American culture.  His books are just too tough to die.  His American Night is our American Night.  Kerouac's tough compassion, Kerouac's gentle hard-boiled soul grows today in rock, in Hunter S.  Thompson's tough talk about the American Dream, in Whitehead's poetry of guts.  His presence remains and reminds us: Tough poets are the unacknowledged explorers of the guts of the world.

Dean and I were embarked on a tremendous journey through post-Whitman America to FIND that America and to FIND the inherent goodness in American man.  American Man and Child.  "It was really a story about 2 Catholic buddies roaming the country in search of God.  And we found him.  I found him in the sky, in Market Street San Francisco (those 2 visions), and Dean had God sweating out of his forehead all the way.  THERE IS NO OTHER WAY OUT FOR THE HOLY MAN: HE MUST SWEAT FOR GOD.  (Kerouac's emphasis)

It is tough to be a writer in America.  You have to be tough to write, to survive, to roam, to live.   You have to sweat.  It takes a monster reincarnation of Horatio Alger to save the world.  Whitehead is in the ring, pounding away at the flab of the universe, punching his way out, sweating poems.  He is a non-violent fighter looking for a fight.  Whitehead sweats for God and the Beats in post-Whitman, post-Kerouac America.

John Rocco holds a Ph.D. in English and teaches Humanities at State University of New York Maritime. He is writing a book on James Joyce. He has published many academic articles on modern literature, music, and film. He has published four books of rock criticism: THE DOORS COMPANION, THE NIRVANA COMPANION, THE BEASTIE BOYS COMPANION, and DEAD RECKONINGS: THE LIFE AND TIME OF THE GRATEFUL DEAD, all for Schirmer Books. He co-edited ANOTHER E.E. CUMMINGS for W.W. Norton and Co. A freelance rock journalist he has contributed to a variety of publications from HIGH TIMES to THE STRANGER.  He also reviews books for AMERICAN BOOK REVIEW.  ##