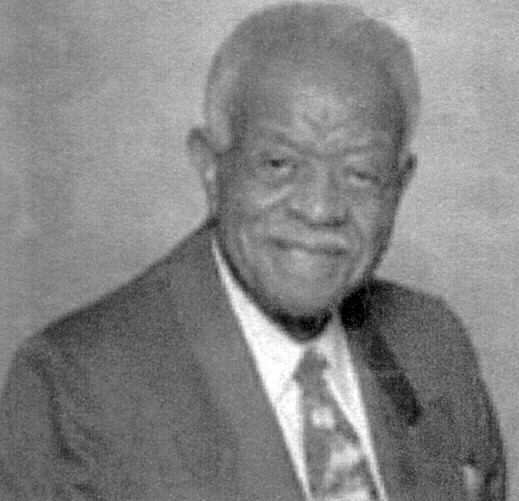 [In the some 40 years I have known Amiri Baraka, I have come to consider him an ex-officio member of my family and I have come to consider myself an ex-officio member of his. It makes me proud and honored even to know Amiri, whom I consider one of America's greatest living poets. And it made me feel especially proud and honored to accompany him and his wife, Amina, to the gala 90th birthday party of his father, Coyt, whom I first met many years ago when he was a postal worker.

And so, I felt profoundly bereaved when Coyt, an energetic, socially active and meticulously organized man until the very last, died of a heart attack at his Newark home on Sunday, March 11, 2002. Of course, I attended the solemn and gracious funeral on Monday, March 18, held at the resplendent Bethany Baptist Church on Newark's West Market Street, where Coyt had been an honored deacon since the 1980s. But you can read all about that in the following obituary.

During the services at the church, presided over by Rev. Dr. M. William Howard Jr., the Rev. Jesse Jackson made a surprise appearance to address the congregation. Also addressing the congregation was Newark's Mayor Sharpe James. There were mournful solos by singer Dwight West, brother of Amina Baraka; a poem of acknowledgement read by nationally known poet Sonia Sanchez, another one of Amiri's dear friends; a solo by violinist Billy Bang and a eulogy read by Amiri, available in SECTION TWO of COLUMN SEVENTY-ONE of THE BLACKLISTED JOURNALIST.

Afterwards, my dear companion Ida and I joined the police-escorted caravan of automobiles following the hearse to Graceland Memorial Park in Kenilworth, New Jersey, where the flower-bedecked coffin was lowered into the ground beneath a tent that sheltered the attendees from the weeping skies. Rev. Howard had welcomed the rain to this drought-parched area as the heaven's honor to Coyt.

Coyt Jones, the 91-year-old father of fiery political activist Amiri Baraka, one of America's greatest living poets and certainly the best-known of THE BLACKLISTED JOURNALIST's contributors, died of a heart attack at his home in Newark, New Jersey, on Sunday, March 11, 2002.

Born Coyette LeRoy Jones in Hartsville, South Carolina, on November 8, 1910, Mr. Jones later shortened his name to Coyt. Energetic and socially active until his final days, he amazed his family with the meticulous records he kept of the details of his life. For instance, among his effect was a letter from South Carolina's Darlington County Commissioner of Records, dated 1929, in response to Mr. Jones? request for his birth certificate. The letter said that "since there were no records kept before 1916 [for Black folk]? there was no record of this

Even the
heavens wept
at the burial

birth. Mr. Jones needed the birth certificate for his application for a new job with the U.S. Postal Service.

A letter from his mother dated the same year says, "thank you for sending the package and the money, we needed it. If you get a job driving for the postal service be careful because there are many accidents."

The son of George Jones, a minister and bricklayer who was also head chef for the local Coker College, and of Fannie Jones, a well educated and dignified dressmaker, Coyt Jones later moved with his parents to Columbia, South Carolina. Also in the family were Mr. Jones? three sisters, who became High School teachers and administrators at Benedict College, Allen University and South Carolina State. Following Mr. Jones? from his South Carolina origins was his family nickname, "Bubba".

Lois Jones was a well known city social worker in Newark's Hayes Homes for many years. The couple had two children, Everett LeRoi, who became Amiri Baraka, the activist-poet, and Sandra Elaine, who became Kimako Baraka, a Broadway actress, dancer, and political activist.

Not only did Mr. Jones get the job with the postal service, but he worked there for more than 30 years, attaining the level of Supervisor, before retiring in 1968.  Coyt & Lois Jones remained a highly visible social duo within the young black socially conscious and sociable circles in Newark during the "40s and "50s. Particularly, Mr. Jones? association with the Black Proto-Postal Union, the National Association of Postal Employees. He and Mrs. Jones belonged to a host of social organizations. One of these was The Student Council, an early scholarship-generating organization for Afro-American youth, formed along with the late Joe Thomas and Chick Strother.

Coyt Jones, along with Carl Jones and others, also was a founding member of Newark's legendary Bridge Club. In addition, he was also a well known tournament bowler and a founding member and consistently re-anointed President of one of Newark's oldest and most prestigious Bowling Organization, named with not a little irony, The Nemderolocs, or Colored Men spelled backwards.

During the "60s when Amiri Baraka and his wife, Amina Baraka, led Newark's African oriented Committee for Unified Newark and Congress of Afrikan People, Mr. Jones was proprietor of a popular shop on Clinton Place that specialized in goods and apparel from Africa. One of the events that transformed Mr. Jones? consciousness was witnessing his son being brutalized at the hands of Newark police during the 1967 rebellions. In fact, one of the photos of which he was most proud was an Ebony magazine shot of him with his newborn grandson Ras---both of them clad in dashikis---with Ras riding high on his shoulder.

In the "80s Mr. Jones joined Bethany Baptist Church and, with the same industry and orderliness that had characterized much of his life, became a much loved and highly respected Deacon in the church. He also joined the Men's Chorus and devoted himself to helping create and publicize the widespread good works of the church.  He was, to quote Bethany's Rev. William Howard, one of the "lights" of the church. He was also very active in the Senior Citizens association at his Court Street residence.

Famous among his acquaintances as a raconteur, a storyteller and a droll humorist, Mr. Jones liked to call his famous son "McGee" after the old radio hero of the "Fibber McGee & Molly Show."

CLICK HERE TO GET TO INDEX OF COLUMN SEVENTY-ONE