FAITH OF WHOSE FATHERS? 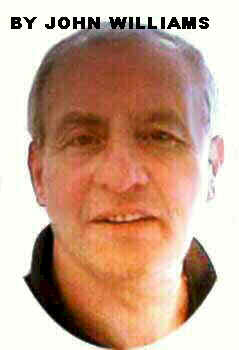 There is a famous song called, In My Liverpool Home, which makes reference to the fact that there are two Cathedrals in the city. One of them, the home of the Anglican faith, is one of the biggest churches in the world, and is the epitome of the medieval concept of religious buildings. Like a red sandstone mountain, it imposes itself on the skyline---an urban Everest, a soaring testimony to the Omnipresence of God and his heaven.

The Catholic Metropolitan Cathedral, by contrast, is an ultra modern design of concrete and glass, which, because of its cone shaped design, is nicknamed "Paddy's Wigwam."

This is a reference to the influence of the Irish Catholic population of the city on the Mersey. It could   also, obliquely perhaps, be an acknowledgement of the fact that earlier Liverpool Irish Catholics had tried several times to build a Cathedral in the grand style, but, because of their relative impoverishment within the Protestant state, which denied them access to government funds, had been forced to settle for something which in essence is little more than a concrete canopy, a pre-stressed tepee to shelter the faithful from those prairie-like winds which rage across the Irish Sea.

By and large the population of Liverpool is roughly divided between Protestants and Catholics, with a fairly strong Jewish presence. I was one of the Catholic elect, not by choice, as nobody asked me for my opinion on the matter, and even if they had I could not, at the age of fourteen days, have been able to articulate a reasoned response. So it was that I became a member of that strain of Liverpudlians who go by the epithets, "left footer? or "Cogger." Had it been left to me I would have formed my own church, the Uni-Humanitarian Church of Huyton, based on the idea of having one member only, namely me.

A few years ago I came across a discarded school copy of Thomas Hardy's Tess of the D'Urbervilles and inside the fly-leaf was the name of its owner. I recognised the unusual name as belonging to a recently deceased local man and, thinking that it would cheer up his bereaved family to have something from their father's childhood, I approached his daughter, a Junoesque woman with an affected Bonhomie, and offered her the volume. She took one look at the name of the school where it came from, which happened to be Protestant, and almost threw it at me, snapping loudly:

"Nothing to do with us! We're Catholics here!"

As she stalked away I felt a surge of anger at her irrational and ignorant response over my genuine mistake. I wanted to shout at her that for the two weeks before I was christened a Catholic I was just another human being and that appendage would always be my preferred label. In the event I simply walked away and reflected on how little control we have over our mortal destiny. As if it isn't bad enough that theologians assert that our lives are divinely mapped out long before our birth we have to have our earthly fate pre-determined by people who for the most part are simply adhering to some long forgotten quasi-tribal ritual. Why aren't we allowed to reach an age where we can choose our own religion, just as we choose our soccer teams, pubs or political parties? However, this is a chicken and egg question as one's religion often determines one's secular choices.

I ask this question because, as someone living in a city that admits of multi denominations, the fact of being attached to one or the other, however loosely, can have profound repercussions on one's life.

My worst memories of Catholicism are of the incense that pervaded both the church and my empty stomach, which was in those days a pre-requisite of attending the Sacrament of Holy Communion, and was guaranteed to induce a strong sense of nausea. Nor can I forget the bare and plank like kneelers, which cut into my knees like an avenging an Angel's knife, or the green baize covered dishes which were passed along the rows to enable people to deposit whatever cash they could afford. The baize ensured that all the coins made the same muted sound and so the poor need not feel embarrassed as they donated their pennies and half pennies. This cosmic tax was yet another consequence Catholicism of being treated by the Anglican state as an alien religion and as such unworthy of state funds. I still resent the meagre donations made by my mother, which often meant that Sundays were truly days of rest because we didn't have any money left to do anything else.

My personal relations with the clergy were also clouded with resentment, because my first knowledge of betrayal was not just that committed by Judas, but also by Father Lawn, a tall spare martinet of a man who single-handedly quashed any faith I might have had in his ministry. It happened during my preparation for that beautiful right of passage known by Catholics as the "First Holy communion."

Why can't kids choose their own religions like they choose what teams
to root for?

For weeks we had been preparing for the day when we would first of all confess and purge ourselves of sin, before partaking of the Body of Christ. This involved making mock confessions, so as to get used to the ritual. We had been told incessantly that our confessions would be secret and we, as individuals, would always remain anonymous except to God. On my final mock confession I had barely got two 'sins? past the prescribed introduction---

"Bless me father for I have sinned?"

---before Father Lawn yanked back the curtain and barked something. I don't remember what I'd said, as I was so shocked to see him face to raging face that my mind went blank. What on earth could a child of eight have possibly done that was so wrong that warranted the smashing of a sacred promise? The fact was, the priest had recognised me and so the erosion of my faith had begun.

So I was, for the following seven years of schooling at least, locked into a belief system in which I had no faith. My mock confession had somehow made a mockery of faith. After that day religion was just something I had to do, like Maths or Algebra, only with markedly less enthusiasm. My faith was further eroded by our yearly observance of the ceremony known as the Stations of the Cross, when groups of us would pause and contemplate before the plaster enactment of Christ's agony and crucifixion.

You see, every year I would wait for my benevolent God to intervene and save his son Jesus from torture and death, and every year I was mortally disappointed when I reached the scene where his crushed and bleeding body was patently beyond rescue. My infant belief system was tossed and blown by the same storm that rocked Golgotha at the hour of the Messiah's death.

In the late seventies I found myself idly watching a television programme about a Jewish Yeshiva, where young people are introduced to their religion. I was struck by the way they went about examining their texts. First, they began by scrutinising a single piece of scripture, and then that was overlaid by a larger piece, which fitted around the original like a border. This process of adding "borders? continued until the students were discussing a series of texts that were about the size of a paving stone. Each scripture was debated and argued about in relation to the others and as I watched, by then fascinated, a thought flashed through my mind:

"Was this why many of the great dissidents of history were Jews?"

Was this process of evaluation, which encouraged dispute and argument, the reason why Moses had turned his face against the calf worshipping majority? Was this why Jesus had opposed the ruling Sadducees at the cost of his own life? Was this why Marx had rebelled against the prevailing system of exchange and Einstein against the monolith of Newtonian physics? Were they rebels because the way they had learned their religion somehow encouraged dissent, by demonstrating that the cosmology of Judaism was big enough to allow disagreement?

I couldn't help but recall my childhood that had been spent learning, by rote, the articles of faith enshrined in the catechism, that slim volume that purported to contain all that I needed to know about my universe and my place in it. If we had any questions about the contradictions that were apparent even to children there was no point in asking them. The answers were all in the book, which between its soft blue cover held the numerically ordered answers to keep us ciphers rigidly in check.

Now I don't want to become a Jew, I value what I was born with too much for that, and in any case I am against any form of ritual mutilation of children, male or female. I might add that I am equally opposed to psychic mutilation, which is the norm for most religious practice. Funny thing, my priests and teachers were always exhorting me to be like Jesus, but they never mentioned he was circumcised. Typically Catholic not to mention anything connected with sexuality, despite their having a category of sin known as a 'sin of omission."   ##