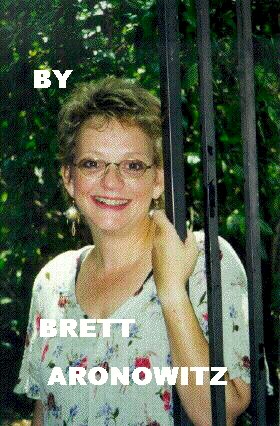 Caesar was born with an attitude.  His very cells, his DNA, knew it wasn't right for a gorilla to be born in Los Angeles.  It was 1977, and he was a zoo baby.  The first gorilla in the world to be born by caesarean section.   But even with all the doting attention he received from zookeepers, even with all the hand feedings, he was the second-class gorillazen in the bunch.  He had no idea what it was, but during his stint in the nursery wearing diapers, he'd missed an important Gorillas in the Mist lesson.

As he aged, so did his personality.  I'd heard Caesar feuded with the other gorillas and was so disruptive, a private space was built to accommodate him.

"There's no doubt about it, he's a bully," said an L.A. Zoo Docent standing beside me while my son, Noah, then still in stroller, goggled at this gorgeous specimen of a silverback.  Too bad the docent had the story wrong.

She'd told me Caesar's behavior was predictable. He was known to hurl anything he could get his hands on at onlookers---even his feces.  And we'd witnessed it.  So we believed her story.

With each visit, Caesar's spectacular personality commanded our attention. We always made time to swing by his "digs."  Our membership allowed us to visit the zoo as often as wanted and we did, as frequently as once a week, sometimes for no more than an hour or two.  I never felt compelled to stay longer, just to get our "money's worth" for the daily admission price.

But I found out recently that being a bully isn't Caesar's problem.

Caesar is sexually retarded.  There's probably a nicer way to say this. But normal male gorillas reach sexual maturity by ten or eleven years and Caesar is now twenty-four, and without a sexual clue.  He didn't grow up in his natural habitat watching the mating behaviors of other adult gorillas. He didn't see how a male builds his troupe consisting of a couple of mature females and their offspring.

So, it must've been the diapers after all.

A zookeeper told me that in pre-video days, dirty movies were shown unsuccessfully at other zoos to educate their sexually inept primates. The animals were more interested in the projector, and the sound emanating from it, than the one-dimensional images on the screen.

Caesar has transplanted his sexual energy into his magnificent personality. On our last visit, he outdid himself.  His two-minute performance was award-winning---and worth considerable cash for a copy on tape. We came around the bend to spot his huge frame sitting upright with his back facing the crowd in an unnaturally straight position.  Noah

asked, "Is that Caesar?" and I said, "Judging from his posture, I'd say so."  After about a half-minute, Caesar got up and walked closer to the onlookers and in a King Kong way, began banging on his chest to announce his position, his territory, his importance. His genuine act of self was worthy of praise.

So I clapped, and cheered him on.  He walked back to the same position he'd been sitting in moments before, and carefully squatted, and with hands on either side of his butt, spread his cheeks wide apart revealing his hairy, and unwiped asshole.

We watched for a long time as Caesar showed us what he thought of us. Then he turned and picked up what looked like the top to a beet, and hurled it at the onlookers.  In an act of defiant rage, he turned and stomped back into his cave. Some of the crowd cheered, and some turned away in disgust, but I applauded and laughed heartily.  We'd witnessed a rare performance.

It turns out that Caesar was born c-section because his mother took the head off her first born, and chewed the lips off her second born, killing both. The zoo didn't want to risk another gorilla murder.  Maybe there was a hidden message in his DNA.

The Los Angeles Zoo is currently two million dollars short of its goal to begin building a new and enlarged Gorilla habitat with enough room for Caesar to build a troupe of his own.   I wonder if the zoo planned a sleep area that includes a nice double bed, state of the art TV, and VCR for viewing "educational films."

If you haven't been to the zoo lately you might want to check out the zoo’s recent improvements by visiting the new chimpanzee and orangutan habitats. And of course you could visit Caesar.  You might even catch an encore performance.  ##

CLICK HERE TO GET TO INDEX OF COLUMN SIXTY-THREE