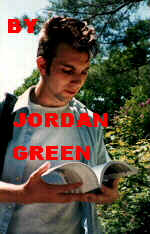 The Battle of the Lower East Side: Observations and Pleadings

These words were spray-painted

on the sidewalks of Wall Street in 1991

by an artist identified as Susie.

I started coming to the Lower East Side in New York City in 1991,

on the homeless camps of Tompkins Square Park.

This is the testimony of Israel Gordon Rivera:

“When those people were thrown out of Tompkins Square Park,

the homeless park of the world, they were thrown on the backs

of the community and more crime erupted.

Now we’ve got AIDS and the drug epidemic.”

This is the testimony of Terry Taylor:

You see the Lord sent me. I’m a Black spiritualist.

Minister of Madness. They gave me that name when

I went to the March on Washington in ’89.

I’m an activist for human rights.

I march against unjust things, as in

I goes to jail for it.

The city government is trying to push us aside,

trying to say that we don’t exist.

They know there’s 90,000 homeless people in this city alone.

Before David Dinkins was mayor, he was borough president of Manhattan.

He had 400 people in front of him before the March on Washington.

He told us to go give them hell.

This was a letter that was no good.

Dinkins was the first person to send the police on us.”

I finally moved to the city in 1995 during

the pitch of the battle to save social services

from the hungry jaws of Mayor Rudolph Giuliani and Gov. George Pataki

during the Newt Gingrich reign of the Contract On America.

I participated in the April 25 “This City Is Ours” bridge shut-downs,

an action bringing together welfare and homeless clients,

And a cop told me in the Tombs under Manhattan District Court,

beat the fuck out of ‘em if they start pullin’ that shit.”

Then, I left again.

the late ‘70s punks prophesied had come to pass.

The swagger, the quick boasting of street talk,

the musical ebullience of spoken language,

the dazzling downtown grafitti and murals,

-- and most significantly, the homeless people --

all were gone, replaced by new city denizens

the spark of resistance burned from their eyes.

Who will tell the people,

rise to the occasion in the hour of steel and chaos?

Their names are Amadou Diallo, Patrick Dorismond, and Anthony Rosario.

Public spaces were pillaged by the private interests

of developers and waves of gentrification swept poor people

out of the center city, consigning them to remote ghettoes,

This is the triumph of capitalism and the annihilation of the left,

the legacy of Rudolph Giuliani in the mean streets

of the post-future American city.

This then, is not a eulogy for a dead city.

This is a wail of anger to animate the bones of the metropolis,

waste by the commercial privateers and robber barons,

solidarity and camaraderie in struggle persevere through

the most remarkable bands of resilient resourcefulness and ingenuity.

We’re getting our asses kicked

and half the time we don’t even realize

the fight’s being picked with us.

Guards stand outside of the shelters prohibiting residents from

describing their circumstances to reporters from the New York Times.

This is the news from the last decade. This is year one in society.

Meltdown expected, but I have no fears.   ##

CLICK HERE TO GET TO INDEX OF COLUMN FIFTY-EIGHT