THE TATOO I NEVER GOT 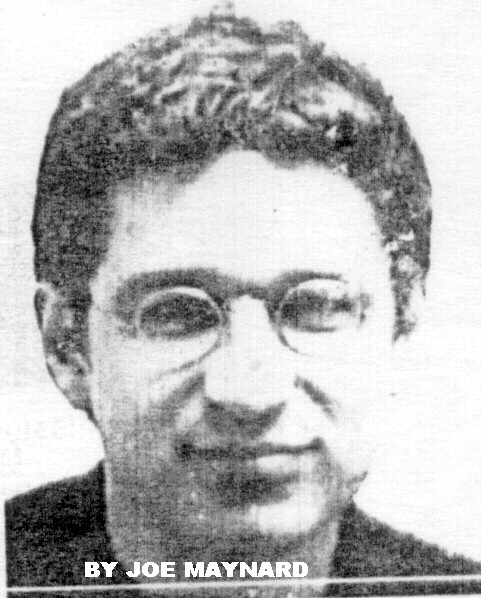 I had a mohawk and a summer job airbrushing T-shirts in a tourist town in Tennessee.  Gatlinburg isn't like the rest of Tennessee.  It's where working class misfits from all over the place end up.

I did my laundry at the same place every week, a couple doors down from Possum Jones Restaurant.  This kinda cool biker chick---you know, skinny, still wore halter-tops in 1984---ran the Laundromat.  I got friendly with her and after a while, I noticed people dropped their stuff off for her to do.  So the next time I did it too.  I smoked a J, cuz I smoked drums anyway, and it was easy enough to disguise a joint in public.  I smoked with her, then walked next door to the restaurant, and when those pot-munchies hit, it was an incredible rush to have an excellent plate of chicken-fried steak, okra, black eyed peas, collard greens, all that stuff, laid out in front of you like steps to heaven or something.  So that was the routine.  Drag the laundry down to the biker chick, hang out, get stoned, eat collard greens.

Midway through the summer, she told me her boyfriend was in the Outlaws and they might need some shirts done.

A month later, with the end of the season closing in, this Giant of a man stopped by wearing a confederate flag over his head, black-out goggles and was covered with tattoos.

"Mary from the Laundromat recommended you."

"Snake.  That's what everyone calls me."

He put a piece of paper down on the counter real business like, which is how I've found a lot of bikers to be---straight arrows in one narrow strain of their personality, but hell raisers in all the rest.  So I kind of tried to act as serious as he was, even if I was just a goofy punk.  I told him 12 bucks and he said what about for 12 of them and I said 12 for $100 plus the price of the shirts, cuz the shirts were sold by the store, not me.

"How about a tattoo instead?" he suggested.  "See, I done all these."

I checked out his arm, and he was pretty good.

"And you'll pay for the shirts?" I reiterated.

So, by the time I'd done the shirts, it was close to the end of summer, and I was due back in New York within a couple weeks, but cool, I'd be strutting around stuffy old Columbia U. with a new sunrise over my left ear. Snake said it’s hard to draw on yr head unless it's perfectly shaved, so I decided to go the second mile and wax that side of my head.

But Hmm.  Maybe we didn't do it right or maybe my hair grows too thick, but my friend Helga, one of those milkmaid types from Michigan, had me on a stool in her kitchen for 45 minutes, 6, 8, 10 shots of vodka, yanking tiny clusters of perhaps a dozen hairs at a time from about a square inch-of wax that she’d applied on the back of my head.  She'd yank a little piece, it would hurt like hell, I'd scream "Jesus fuck" and she'd jump around the kitchen going "Oo-ooh-yuck!" Finally, frustrated, inebriated, and growing sleepier by the minute, we gave up.

"What about Nair?" she suggested.

"What about putting it on you're head?"

Hmm, I thought to myself.  Nair.

"Sounds good to me," I said, "howzabout tryin'a little patch on the back."

She skipped to her bathroom then reappeared, shaking the can.

"Ready?" she said with a giggle.  I nodded and she depressed the button.  Out oozed the shaving cream-like foam, and a rousing round of "Oo-yuck" as she dabbed it on.

"Just a few minutes," she said with a knowing smile.

"This is really cracking you up, isn't it?" I said

"It's ridiculous." Her answer revealed a staid, Midwestern eagle eye bred to spot bullshit at 1000 meters.

Through my own blurred vision, I remember an out of focus mental snapshot of her 6'1" frame, pearly white teeth, fleshy mouth, shoulders and bosoms collapsing upon me like the

fabled blonde hole of quantum physics.  Her kiss swept my inners into its vacuum which seemed to suck my wee pecker through my entrails and esophagus, until it dangled from my mouth in place of my tongue.  I thought I was beginning to see the light at the end of the tunnel that people who have been briefly dead often describe, then...

"Time," she said waking me from my trance.  "Put your head over the sink."

She pulled out the hose extension, pushed my head into the porcelain basin, sprayed a furious jet-stream of scalding water, then yanked my head out by the mohawk.

"Look." She said, laughing again.  She held forth 2 hand mirrors and in our drunken stupor, it took about ten minutes to situate them so I could actually see what was going on back there, but finally, I saw a swatch of pink scalp flash by in one of the shaking mirrors.

She repeated the process on the entire side of my head, did the same routine in the sink, snapped my head back by the mohawk to her probing tongue, and I mumbled into her gargantuan tonsils, "Lookshcrate.  Letchko ta bed."

With that, she led me to her bed.  No sooner had my head found a pillow then vavoom!  All 180 pounds of her crashed upon me, nearly breaking me in half.  Out of some kind of miracle, my pecker was indeed the stiff saddle horn she desired and she rode me with a vengeance, pulling what was left of my mane into her milky cleavage, thrusting her hips into mine with such forthright farm girl enthusiasm, I can still hear my vertebrae cracking rhythmically to her pumps, pushes and pulls.  She played me like a glockenspiel till I grew faint somewhere between the feeling of approaching orgasm and/or vomiting, and passed out, later to find only my fine, long Mediterranean nose had saved me from certain death as it was able to find air between her left breast and armpit that smothered the rest of my face in a strange alcohol/sweat/sex froth.

"Oh mi god," I said waking up the next morning, "What is wrong with my head?"

I pushed her sweaty boobs off me and sat up.  It felt like a metal rod had been driven into the back of my skull.  The room was spinning, my blood was rushing, I felt like everything was sideways, like that metal rod in the back of my head was somehow polarizing the world incorrectly.  I reached to pull it out but instead found only my own smooth flesh which stung like a thousand hornets from my own touch.

"What?" she said drowsily.  I got up and staggered to the bathroom, holding the wall the whole way, cuz between all that vodka, Nair and frolic, it was impossible to tell up from down.  I looked in the mirror at my contorted face and looked at my head, half of which looked like a chemotherapy accident.

Helga walked in behind me.

"Would you stop saying that." I grumbled.

"Whats wrong with you're head?"

"Well, for starters," I said trying to speak soffly, "it hurts like hell."

"It doesn't look too good, either," she added, "maybe we should go to the doctor."

We washed up, grabbed a couple coffees for the car and drove to the clinic downtown.  Luckily, the doctor was kind of young and hip and managed not to make me feel like a total idiot.  He gave me this Vaseline stuff with cortisone and soon the pain simmered down and was replaced with a million little white boils.  I worked all day at my T- shirt stand while puss oozed from the back of my head.  Little kids asked what was wrong with me.  People avoided me on the sidewalk.  At McDonaids, a family at the table next to me got up when I sat down, choosing to eat instead on the sidewalk.  About 3 o'clock, I was back at my stand and I heard this deep redneck voice behind me.

"The hail happened to you?"

"Looks like you got a slice of pizza stuck to the back of your head."

"I had a chemical reaction."

I tried to explain the whole story.  The waxing, the neeting.  Oh, I thought, how ridiculous it was.  Why, I asked myself while the story of my own ineptitude escaped my mouth, am I such a fuck-up?  A couple more Outlaws listened in, stood around laughing at this stupid Yankee punk, or so it seemed to me.

I showed them the shirts.  Fortunately, they liked them and paid the 100 bucks instead.  Said if I came back next year, we'd give the tattoo another whirl.  But I knew they knew, it was the tattoo I never got. ##