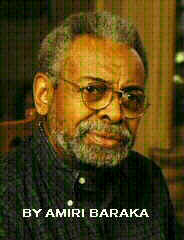 Whoever thinks Chattel Slavery is gone is not with us in the real world.  Some aspects of it have changed, like cars, modernized for the times.  The old chains are now less visible, fitted by the media and schools and laws.  The Plantations are called "Plants" or Factories or whatever they call the myriad squalid money-making machines in which the rulers exploit Black people and the whole working class.The Klan is now the Police, with Blue uniforms replacing the sheets and hoods.  The corrupt racist Judges, are petty Klan administrators, The "Kleagles" of the bourgeois state's "Klaven," their courts, the midnight torch burning torture sessions, before the neck stretching and black corpse burning.

Black Churches are still being burned by the sons and daughters of the Confederacy, the unrighteous heirs of the plantation overseers.  The House Negro likewise returned, psychotic Prostitutes, affluent spook traitors, Crouching in the media, touting the glories of slavery and even fancying themselves "Hanging Judges," Anti-Affirmative Action Connellys, big butt kissers like Tom Ass Clarence, selling the whole people into neo-fascist bondage, no wonder they identify with those African Kings and Queens who sold Black people to the Slave Traders.  Contemporary versions of Lynching and Lynch Law, by Klanspersons, and their Kleagle-Judge straw bosses are ubiquitous.  The case of Mumia Abu Jamal is so dangerous because of the Government Lynchers open declarations of Lynch law, more threatening now, since everyday actual Lynching, by "Official" or volunteer Killers, increases across the country.

Mountains of evidence and testimony show clearly that Mumia is another Black scapegoat, another Lynch victim.  The Kleagle, Judge Sabo, who, like traditional Kleagles, wears no hood, is the leading butcher of Black people, by thinly disguised Lynch law.. Just as the four nazi hit men in Blue in New York City, up-dated Storm Troopers, a Death Squad, with a stolen slogan, We Own The Night, from a poem of mine, like Hitler & co stole an African infinity symbol for his "Swastika" (Black Sign) as their death symbol.  Like Elvis Presley's larcenous corporate crowning as "King" of thieves.

The only difference between the Nazi killers of Byrd in Jasper, Texas and the Amadou Diallo Death squad is that Caesar Giuliani's killers are Government murderers, Killer Cops, with uniforms , who murder under Caesar's protection, like the beast legions who murdered Christ and hundreds of thousands of Christians!

Caesar Giuliani and his killers are above the law, refusing to report to the people, the assassins still at their old jobs.  All four have prior shootings, though 90% of the NYC police have never even discharged their weapons.  One, Killer Cop, Boss!, has another murder of a Black Brooklyn youth, whom he shot in the genitals and let bleed to death, while calling him the usual "Niggers!"

Giuliani will use Lynch Law and a Kleagle judge to try to beat the Diallo murder rap, even with 41 bullets shot at the unarmed Diallo (Did they reload? 4 X 9 = 36!), 19 tearing him apart.

Giuliani is a Corporate-Government trial balloon for US fascism in the biggest, supposedly most sophisticated U.S. city, with a great number of minorities.  If he gets away with this, in the bloody context of the hundreds of reassertions of historic U.S. racism and Black national oppression, Lynch Law and Lynching (old style) will re-become the Norm!

Why?  The reason is that as the Imperialist rulers of the U.S., (i.e., the huge interlocking corporate multi-nationals) sink their teeth deeper and deeper into the total resources and the very sovereignty of a so called bourgeois democratic U.S., removing billions of dollars daily from the public coffers, by statute, legislation, privatization, transfer of corporate business out of the U.S., downsizing, tax abatement, and the manipulation of their bought and paid for government bureaucracy, plus the incredible flood of straight out Lies, dis and mis information from the rulers' bought and paid for corporate stooge press and other media, then, not only the quality of U.S. citizens' lives, but public governance itself diminishes (e.g., privatization), aspirations of Democracy are neutralized, stalemated, or legislated out of existence (the whole spate of anti-democratic, particularly anti-Black and anti-minority and anti-working class legislation) brewed up by the oral office Casanova his dishonest Democratic party and the Rocketspeed Rightist Republicans.

All of whom, for those who might not yet understand that the STATE, i.e., the government bureaucracy, the courts, judges, police, army, jails, &c, is simply AN INSTRUMENT used by one class against another.  That's why Revolutionaries understand that the fundamental question of revolution is the seizure of state power, and once in power the people can use this instrument as a weapon to put the major industries, banks, transportation, communication, under democratic public control, and repress the present ruling class, so that Peoples Democracy and eventually Socialism can emerge, and since there are still classes and class struggle under socialism, wield this weapon, the state, to ensure the evolution of a Classless society, which is called Communism.

The present period of resurgence of Lynching and Lynch Law, are a parallel, concomitant feature indicating the present crisis of imperialism, which has spawned the campaign by the rulers to role back the democratic reforms gained by the People's struggles in the turbulent "'60s"!  As Mao said, they are trying to "reverse correct decisions".  To re-install what Du Bois called " the Sisyphus Syndrome," whereby the rulers roll the rock of reforms gained by the people's struggle back down the mountain of democracy and self determination, once a period of militancy subsides.

So that any opposition or elimination of democratic reform effected by any segment of ruling class or its diverse and multi-national flunkies, is ammunition for the Imperialists' counterattack on the People.

In Newark, for instance, the emergence of a Negro openly Comprador ("HO") sector of the City's elected body, with brown faces replacing the fascists' brown shirts, reveals another company of ruling class flunkies, as guilty in collaborating with the Lynch Law attempt at Lynching Mumia Abu Jamal, the murders of Byrd in Texas and Diallo in New York, as the uniformed or plain clothes Klanspersons who pull the triggers or tie their victims to the back of trucks.

One such prostitute, apprentice-Nazi, has led the banning of Newark Citizens' speaking at City Council Meetings!  In the tradition of Bull Connor and George Wallace---not King and Malcolm.  This Mother, Donald Tucker, had Black Nia Force's Ras Baraka arrested for leading a protest against this attack on Citizens' constitutional rights.

This is the reason that the unconstitutional and illegal state take over of Newark and other mainly minority and working class city's school systems was clearly a violation of those citizens' democratic citizenship rights, particularly in Newark, where we had an Elected School Board.  The fact that the Newark Mayor and City Council did nothing to prevent the takeover or fight against it, is likewise more support, for emerging neo-fascist rule.

Fascism, to paraphrase George Dimitrov, is "the rule by terror by the most imperialist, chauvinist, jingoistic sector of finance capital".  That is, "Do What I Say-ism," no voting, not even the mainly artificial trappings of democracy, just the people must do what their rulers say. . . or suffer the consequences.

The U.S. has never really been a democracy, Du Bois told us that long ago.  How can a country, where one sector of the population has been subjected to a near genocidal historic extermination at the hands of white supremacist settler colonialism, i.e., the Native peoples.  Another sector, the Afro-American people, brought in the bottoms of slave ships and made chattel slaves, and then, as now, confined and repressed under a continuous national oppression.

The Chicano or Mexican American people, victims of the armed annexation of all of northern Mexico by U.S. imperialism in 1845, "Remember The Alamo" indeed.  Then made second class citizens, i.e., suffering a national oppression throughout the stolen land where they were once citizens.

So that Imperialism, Settler Colonialism, Chattel Slavery, have always disqualified the U.S. as a democracy, of any kind.  Add to that the fundamental economic exploitation of the whole of the U.S. multi-national working class, which cannot exist as it does, without an attendant political exploitation, visited upon them by the very structure of the U.S. State.

The lack of direct democracy, a single chamber of Congress with one person-one vote, a popular vote , (achieved with public funds and the prohibition of the prostitutemaking private funds of the corporations and the rich), which determines U.S. political life, is in essence the means by which the economic exploitation of the whole working class is maintained by the ruling class.

The internal basis of the retrograde trend in U.S. politics and indeed throughout the metropoles of imperialism is forced because imperialism is doomed if it cannot continuously expand.  Just as chattel slavery came to it's doom because in its continuous economic need

the civil war not only ended
outright Chattel Slavery, but it tolled the end of
Competitive Capitalism itself. . .

for expansion, in that case the attempt to make the border states slave states as well as the Western states, since the North no longer depended as much on the southern imports for its development, and an industrial wage-slave based economy was maturing, in which outright chattel slavery was a drag on production (since it required a "free" and better educated worker, to grind out its industrial surplus value), the civil war not only ended outright Chattel Slavery, but it tolled the end of Competitive Capitalism itself, and the emergence of Monopoly Capitalism.

Today, we are seeing the squeezing and force impotence of single nation based monopoly and the emergence to world domination, clearly, of the multi-national corporate cartel structures, who operate openly in extra-national, non governmental structures, world bank, IMF, &c.  They still rely on governments to clear the way for some of their pillage, but they have become so powerful they are not as restricted by governments as before.

Mumia is being held hostage, like the Nazis seized resisting partisans, to make reprisals for the people's resistance.  The Corporate Government wants to murder Mumia as a Reprisal for his being part of the Revolutionary Democratic Struggle since childhood.  The rulers want to show us what will happen if we mobilize and mount full scale attack on Imperialism as Mumia did as part of the Black Panther party as a sector of The Black Liberation Movement and The multinational anti-imperialist united front which assaulted Black National Oppression, Racism and Monopoly Capitalism/Imperialism.

What is critical now is that REVOLUTIONARIES UNITE!  WITH THE WORKERS OF ALL NATIONALITIES AND THE OPPRESSED PEOPLE AND NATIONS, IN AN INTERNATIONAL UNITED FRONT AGAINST IMPERIALISM.  MARXIST-LENINISTS UNITE AROUND THE PRACTICE AND THEORY OF MARX-LENIN-MAO TSE TUNG, BUILD THE REVOLUTIONARY PARTY OF THE PROLETARIAT AND WIN THE ADVANCED TO COMMUNISM!

The struggle to FREE MUMIA is today one important aspect of the Revolutionary Democratic Struggle, it must also serve to begin the Unifying of Revolutionaries and the building of a conscious multinational Anti Imperialist United Front here in the belly of The Beast! ##