STOP THE PRESSES! I WANT TO GET OFF
or
WEBS, WASPS AND WHIPLASH WHILE CRUISING THE O-ZONE 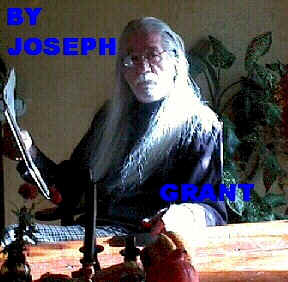 PART 1: I GET KICKED OUT OF SERTOMA

The speaker was going on and on about "Castro and his thugs" and how they had created a grim military dictatorship on his island paradise. Commie this and Commie that---all the Cold War phrases that had been programmed into people since the end of WWII. Another fat banker. Eastern Iowa's Fat-Cat Bank had provided him with a job and a safety deposit box.

When he finished he asked if anyone had any questions. I said I had a few. By then I had had a few too many Old Styles.

First I asked him if he was opposed to Castro closing down the thousands of whorehouses that were run by U.S. organized crime who split the profits with Batista's military police and probably the bankers. The room became suddenly quiet.

While he was thinking about the first question I asked him why he hadn't described how 90 percent of the Cuban people lived in abject poverty with no access to education or medical care until the Cuban people's revolution removed the U.S.-supported military dictator and the organized crime. I asked him why he hadn't informed the SERTOMA Club of how the revolutionaries had received more help from navy personnel than from any Communist countries. And why he hadn't mentioned that U.S. corporations owned 75 percent of the farmland and paid Cuban laborers pennies a day to insure that stockholders got rich while the babies of workers died of malnutrition.  I asked him if he'd be kind enough to describe the slums, the sweat shops, and the exploitation of child labor that personified U.S. corporate involvement in Cuba, the endless cribs where Cuban mothers and daughters and sisters offered themseves for a dollar or less to survive.

SERTOMA is meant to be an acronym for "SERvice TO MAnkind," but, looking around, I could see that everyone thought I, rather than this gusano, was the outrage. I'd had too much to drink and I was angry. This Cuban banker's rap had brought back too many memories, too much rage. Anger and too much beer had brought me to my feet to spill my rage. I had a problem all right: I was unable to turn my anger into the kind of poetry my partner, Tom Kuncl, would spew forth when he was still sober enough to get to his feet in front of whomever was handy.

As a result of my outburst, I was kicked out of SERTOMA and labeled a crazy recalcitrant---which I was and probably am, but why scare people? You can't be too careful. Not a good idea to mix politics, tootsie pops, and too much Old Style. So the SERTOMA Club suffered an uncomfortable few minutes. They'll never know that they suffered far less listening to me than I did listening to the Cuban banker.

I'm sure the banker had never been asked such questions---questions I'm sure they had all put out of their minds by breakfast. In looking back over my life, I believe that this outburst was one more element in the government figuring out that I was speaking about my own personal involvement with assisting Cuban revolutionaries.

During the period I am talking about, the navy was lecturing personnel about the revolutionaries. They were quick to use the term "Commies." We were constantly being reminded that we had to be careful about who we associated with on the island.

Bobby Vaughn's presence on the island, his poetry, the fact that he had spent time with the revolutionaries in the Sierra Maestra Mountains, my association with him then and later in Iowa, the possibility of the government investigating and finding out that all of the Springfield rifles from our Destroyer Squadron were never turned in when they were exchanged for M1s, all of the above may have led investigators to identify me as a subversive who may have provided Castro with weapons from our squadron's arsenals. Little did they know.

Looking back on that period in my life---in the navy stationed on the USS Bronson, a destroyer---the one thing that I found incredibly humorous, that I can howl with delight about---is that the chief petty officer who everyone thought was gay was straight, and the toughest old chief on the ship, the last person in the world anyone would suspect, was gay. He had been having an affair with one of the young seamen on the ship who was a close confidant of my brother. As a result I introduced him to my friend Julio and it was love at first sight. ##