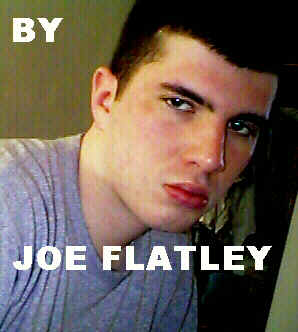 More and more often the police are finding themselves in conflict with whole blocs of the citizenry, none of them criminals in the traditional sense of the word, but many as potentially dangerous---to the police---as any armed felon. This is particularly true in situations involving Negroes and teen-agers. . .it may be that America is developing a whole new category of essentially social criminals . . . persons who threaten the police even when they are breaking no law . . . because they view The Law with contempt and the police with distrust, and this abiding resentment can explode without warning at the slightest provocation.---Hunter S. Thompson, Hell's Angels (1966)

Pittsburgh had been preparing itself for a right supremacist invasion for the last six months. What a great thrill to be part of such exciting times! Anarcho-Punks, Neo-Nazis, Communists and the Coffee Shop Intelligentsia were all thrilled to be able to take part in such an historic event.

When I got to downtown Pittsburgh that Saturday morning it was the hollow, shaky feeling that you get running solely on coffee, adrenaline and fatigue. It was my own damn fault, of course. I had spent the last night with a bunch of kids on the street in Oakland. The weather was perfect, everybody was shaking off the winter blahs, a beautiful fucking night. Some of the Oakland kids and I had a couple beers, sitting on the sidewalk and hanging out into the early morning: that's the scene in Oakland, you know. From cafe to bar.

The big topic of conversation that night had been the Klan rally that was going down on the steps of city hall. It was gonna be one of those nonevents that causes too much noise (I am tempted to say "white noise". . . you get the picture) and has everybody clamoring for a piece. The opposition to the Klan, the big noisemakers, were basically split in two factions. On one hand rested the "Grant Street Anti-Klan Coalition," who believed that the only way to stand up to the KKK was a direct political confrontation. On the other hand was the official response, polite objection, in the form of church groups and civic leaders (why can't we just get along?), led by the brave souls in City Hall. I never did pay much attention to the City Hall guys, because it was basically a re-elect Mayor Murphy rally, and that's the last place in the world I needed to spend my time.

Secure in the knowledge that all my mates from the night before would be there, I made my way to the happening. Why did I go? I certainly didn't think that my presence at the party would end hate in our time, just like the Klan's presence was nothing more than a desperate "remember us?" in the age of neighborhood dismemberment and world wide web death cults (a week before one of my neighbors was caught chopping another one of my neighbors into pieces so he wouldn't have to mow his lawn, and two days later Heavens Gate designed their last web page).

So I got downtown with Pittsburgh's own Vince Eirene early to check things out. Vince has been writing about peace, as well as doing his bit (he's spent the last 20 years in and out of jail, living communally with the homeless and throwing outlaw parties on the Carnegie Mellon University, a virtual arm of the Defense Department), and is a very good guy to know. Look him up if youre ever in Pittsburgh.

The Klan were due at 1:00 p.m. Already by 10:30 a.m. the 200 or so police officers of various shapes, sizes and genders were gathered round on street corners, in rooftops and around the site of the rally. The plan was to separate the area into three sections: a large cage for the spectators, a large cage for the Klan, and a large demilitarized zone in the middle. The whole scene took on an ominous cast. Bulls in riot gear tend to do that.

It seems that the City Fathers are the only people that had any grasp of what was really happening. Their preparations weren't intended to keep anybody safe. In fact, if any trouble of any kind broke out (and there were scuffles, thrown rocks and eventually tear gas dispersed), anybody in the area would be in a dangerous place: a cage full of lunatics, basically. The entire rally was co-opted by The Man in order to drive home a point: not about racism or intolerance, but about social change and civil disobedience. You see, the government recognizes anybody that would get upset over an issue and take to the streets as an enemy. These are the people that will challenge the power structure in the upcoming years. The City government doesn't like that, and will try to scare these people out of activism.

After all that has been said, however, I think the Government failed. They failed because people realized that the police weren't there to confront the Klan, they were there to confront the protesters. Because the good people of the City, the ones who would stand up for what is right, saw the obvious: that if they were able to invoke such a reaction, they must have had the Government scared shitless. ##