THE HOLE BETWEEN HER EARS 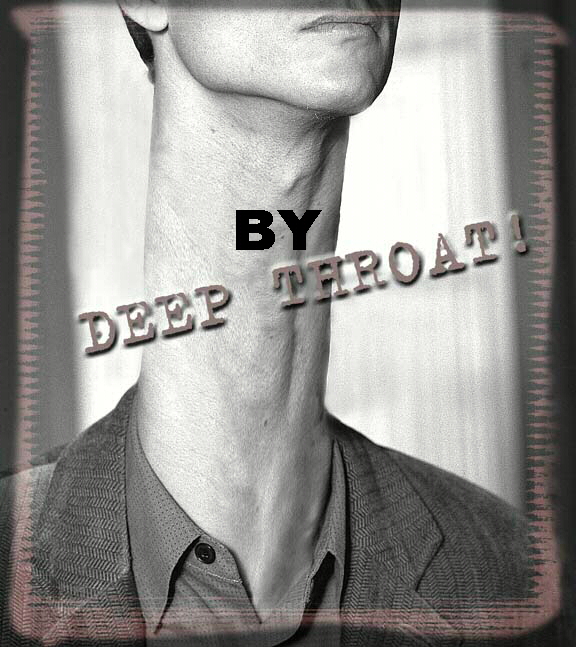 [DEEP THROAT, my Washington acquaintance who claims to be THE storied Washington informant, says he is so incensed by Kenneth Starr's contemptible attempt to install himself as a puritanical sex cop and act as America's Grand Inquisitor that he has asked for his own column in which to express himself.]

WASHINGTON
The reason President Clinton lied about his relationship with Monica the Mouth last January is that he miscalculated that the Mouth, too, would keep that hole between her ears shut. He thought she loved him too much to talk.

Did the Mouth break the President's heart by ratting him out? He didn't want to believe she would, so he kept his fingers crossed and his tongue tied for seven months. He was sure the Mouth loved him enough for her to go the same route as Susan MacDougal, who went to jail rather than spill any dirt against the President.

It's obvious that President Clinton believed the Mouth had the balls not to let Far-Right Christian Fundamentalist Starr bluff her out with threats of jail. To do so really would have blown it for Starr.

As it is, Starr's investigation of this sexual affair was highly improper, if not downright illegal. Any sane judge (that is, not an antediluvian appointed by dinosaurs Reagan and Bush) would have had to throw Inspector Shithound's whole case out of court because the probable cause for beginning the investigation was blatantly tainted. In the first place, Far-Righter Starr launched his sex cop probe on the basis of the illegally obtained tapes of Linda the Rat. Linda the Rat also tipped off Long-Nosed Paula's lawyers, whose subpoena of Monica the Mouth consequently also had no proper legal basis.

But, despite his hypocritical and sanctimonious denials, Far Right Christian Fundamentalist Starr was out to smear the President, no matter what. From the beginning, Starr has been bombing out with the majority of Americans and he continues to bomb out. America did NOT want the President's private life bared in Starr's salacious report. If a sex cop like Starr can do it to the President, he can do it to anybody

Did you ever see Arthur Miller's The Crucible? Well, the judge who wants to hang everybody for adultery on the flimsiest of evidence, that's Kenneth Starr! And not just because he's a sanctimonious hypocrite who pretends to speak for God. But because he enjoys the power. Starr, the son of a fundamentalist Christian minister, has set himself up as a fourth branch of government that is thwarting the Constitution by assaulting the powers of the Executive branch. Our Presidency is now forever diminished, thanks to Grand Inquisitor Starr.

These Christian fundamentalists are just as loony as the Islamic fundamentalists. Preying upon the ignorance of people who can't get it through their thick skulls that when they die they get no more of an afterlife than a dead leaf that drops from a tree, these fanatics represent a tiny minority who insist they speak for God. Like the Islamic Fundamentalists, the Christian Fundamentalists don't care how dirty they play, even if it means throwing real bombs. They want to set up neo-fascist regimes and they've already taken over the Republican Party.

We live in a country where everyone is allowed his own beliefs. But these Far-Right fanatics want to impose their beliefs on the rest of us. We should punish them and the Republican Party they control by throwing the Republicans out of office. The President should campaign as if he's running for office again, because in effect he is. He should campaign to get a Democratic Congress.

America is well aware that Clinton hasn't done anything that Republicans haven't done. Look at Dan Burton the chief Republican Clinton-hater in Congress. He proclaims outrage with the President even though Dan himself admits to fathering an illegitimate son outside his marriage. Sweet young pussies have been flirting with powerful old men since time began and America's Presidents have been diving into those pussies since the country began. Not just Presidents, either.

The President should stump the country to turn the forthcoming Congressional election into a referendum in which this country can choose either him or the neo-fascistic Christian Fundamentalist far right. ##

CLICK HERE TO GET TO INDEX OF COLUMN THIRTY-SEVEN