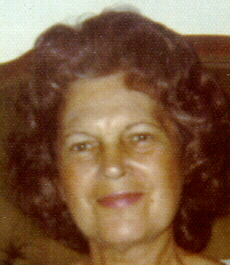 My beloved sister, Rose Sklon, died in JFK Hospital in Edison, N.J., on Sunday, December 21, 1997, not only the darkest day of the year for me, but also according to the calendar. My sister Rose was having a tough time recuperating from triple bypass surgery and also an aorta replacement. After some months in two hospitals, she was put into so-called Cardiac Rehab at JFK Hospital and was about to start getting up from her bed to take her first post-surgery steps when suddenly a massive infection set in. She passed out twice and her kidneys stopped functioning. She fell into a coma. We buried her the following Tuesday, Hanukkah's eve, two days before the Christmas holiday. My daughter Brett, who lives in California, sent her goodbye to her Aunt Rose via Email, which was read aloud by my son, Joel Roi, to my by then comatose sister as she lay dying. We can only hope that she heard him. I wrote my own goodbye, A ROSE IS A ROSE IS A ROSE the day before Rose's funeral, at which event I read both my goodbye and Brett's goodbye aloud to the guests assembled before the coffin. Rose was afterwards interred in Gomel Chesed Cemetery, site of the graves of her son, Phillip, our father, Morris, our mother, Lena, and my wife, Ann. Gomel Chesed Cemetery is also where a portion of Allen Ginsberg's ashes are in a grave next to the remains of his father, Louis. I therefore hereby dedicate my BLACKLISTED JOURNALIST Column 29 to my beloved sister Rose.]

Father Death had a busy 1997, but then the obituary pages are jammed full every day of any year. I've lost too many persons whom I've dearly loved this year, but I've loved none of them more dearly than my biggest big sister Rose. Until Rose died, I had three big sisters. I'm thankful I still have two big sisters as well as three brothers-in-law. With no brothers to grow up with, I had to look toward those brothers-in-law for role models.

Rose was 15 years older than I. Ever since I was born on a kitchen table on Farnsworth Avenue in Bordentown, N.J., Rose had played mama to me, the baby of the family. Even many years later, after she passed her 80th birthday, even after she and her 87-year-old husband, Willie Sklon, a one-time housepainter with a bum foot---even after they could still barely make it on their Social Security check, Rose would every once in a while insist on jamming a ten-dollar-bill into my pocket because she knew I was broker than she was. I'd keep trying to refuse the ten, but often I would take it just to make her feel better and just because I also needed it. Yeah, Rose used to change my diapers. I used to boast that I had a sister 15 years older than I.

Even at 83, Rose would insist on playing mama to me. She never lost her feeling of responsibility for little me. I was always her favorite, her star kid brother. She was proud of me, proud of my accomplishments as a writer. It didn't matter to her that evil forces had blacklisted me out of print, leaving me a pauper. With Rosie, I could do no wrong. She adored me. Like a yiddisheh mama, she was always telling me what to do. She'd make suggestions about what to cook or how to cook it. She'd telephone me as often as she dared, for no reason at all, just to hear my voice. Each time I'd phone her, she'd treat my call as if it were a mitzvah [a blessing] to hear from me. Many times, I would phone her just because I knew it would give her joy to hear from me and because the chance to talk to my Sister Rosie always filled me with happiness, too. I called her Rosie. She called me Alfie. I knew she liked to talk to me because I gave her cheer in the same way she gave me cheer.

Yes, even in the hospital when she was ready to start taking her first steps after the surgery, she gave off the cheer of a rose. Yes, she was a rose. I liked the feel of the adoration she poured on me. On my visits to her in the hospital, she showered me and my legendary sweet tooth with the candies and cookies which others had brought to her hospital room. I was still her baby brother. I flash back to the panic on her face after I got kicked in the chin by the shoe of another kid on a swing in a playground in Roselle Park, N.J., when I was a toddler many, many years ago.

My mother used to "qvel" over how fortunate it was that she had a flower for a daughter. That she had named Rose Rose because a Rose is a Rose is a Rose. First of all, my mother had never heard of Gertrude Stein. Otherwise, "gvel" is a yiddish approximation of "to feel great joy." The fact of the matter is that Rose was a rose. She looked like a rose. She had the beauty of a rose. She had the radiance of a rose. She gave off the cheer of a rose. She inspired the romance symbolized by a rose. She was one of the prettiest of the prettiest. Even the last time I saw her when she was still alive and animated and could talk to me, with her whitened hair hanging unkempt and witchlike, her face wan and unmade, with bandages on her bluing legs covering the ugly scars where the veins had been removed to be grafted onto her heart in triple bypass surgery, a heart for which a valve had also been replaced---even then, she still exuded the beauty. the radiance, the cheer of a rose.

It wasn't until then that I for the first time remembered thinking that her skin once had had the softness of rose petals and yet now, after her skin had been aged and wrinkled by her 83 years, she still had the aura of a rose. I had always taken comfort in being able to boast that I had a sister 15 years older than I who not only was named Rose but who had the beauty, the radiance and the cheer of an entire garden of roses.

The liver spots of her 83 years which covered most of her body were especially visible on her hands, twisted and gnarled by arthritis, but still Rose was filled with the rosiness she always imparted to others. Can you blame me and my two surviving sisters, Pearl and Irene, for being so lost without her? She'd been there for us our entire lives and now our Rose, our garden of roses, is gone.

I can spend a lifetime remembering a lifetime of flashbacks---back to when I was a baby and she carried me down to the banks of the canal in Bordentown, where they took a picture of me standing in the full glory of my one-year-old frontal nudity, with my baby schmekel in plain view. My sister Pearl still has that photo. Back to the sands of "Charlie's Beach" on the shores of Raritan Bay, where our parents took us on childhood outings, where we picnicked with my father and mother and a bagful of my mother's kosher homemade hamburgers and maybe bottles of orange soda and I forget what else. We were kids all dressed in bathing suits then and our big sister Rose was always the prettiest and the shapeliest. Oh what a vision of beauty she was! Rose wasn't just one rose, she was an entire blooming rosegarden.

The last time she was well enough to speak to me in the hospital, I noticed for the first time the sack of loose skin hanging under her chin and all the other signs of age I had always deliberately ignored. Was the loose skin hanging under her chin the result of the thyroid problems she'd had years ago? Vaguely, I can remember talk of a years-ago operation and I can also remember Rosie commiserating with my daughter, Brett, who also had thyroid trouble. Rose survived lots of tragedies, among the worst of them being the death of her innocent 9-year-old handicapped son, Phillip, whom we all loved and cared for. Poor little Phillip was as much of a sweetheart to us as his mother was. The tragedy of Phillip remained a thorn in Rose's heart until the end. Still, Phillip's big sister, Susan, born on my 11th birthday, an event which I enjoyed looking upon as a birthday gift to me, filled Rose with nachas [happiness], eventually providing her with even more nachas in the form of three beautiful, sweet, loving and devoted granddaughters.

Life gave Rose lots of complaints but she never lost the cheerfulness of the flower which bore her name. Even that last time I was able to speak with her---before she fell into a coma---she entertained us with jokes. In my current overwhelming sadness, I now wish I could remember even one of those jokes. What I remember is maybe the greatest line Rosie ever uttered, the line she gave her daughter Susan around the time Susan reached the age of temptation: "Please, Susan, make me a mother-in-law before you make me a grandmother." Isn't that the wish of every daughter's mother? What I remember most is Rosie's rosiness, even in her last days. The sight of her lying near death in a coma with tubes in her mouth, unable to talk, unable to communicate, still horrifies me. In the hopes that she could hear me, I spoke to her. I held her hand. I kissed her on the forehead. I told her how much I love her. Her son-in-law, Bernard Dessel, a guy as sweet as Rosie herself, was keeping a lone vigil with her when she died at 10:45 p.m. that Sunday night.

Even on the verge of death, Rose had always looked on the positive side. All her life, she could always find a silver lining somewhere, no matter what. And she always had the compunction to make people laugh. But now, there were no longer any silver linings.

I always loved her husband, Willie, famous not only for being a very handsome guy, but also as an expert dresser and a master housepainter and a much sought-after craftsman. He also had a reputation for being grumpy but I always tried to see his side. I found a great sense of humor in his grumpiness. As a kid, I'd always looked up to Willie. I would always try to get his advice above all others. Especially when it came to buying a car. I needed Willie for that kind of BIG decision. In the end, the two of them used to fight like Arabs and Jews, but Willie loved Rosie, too. He was impatient waiting for her to come home from the hospital. He even rearranged the furniture the way she had always wanted.

I never saw Willie look so distraught and lost as he looked during Rose's last day on her deathbed in the hospital. Willie had had a hard life. Grumpy Willie truly loved Rose in his own grumpy way. There's a picture of Rosie and Willie hanging in daughter Susan's bedroom, taken on the boardwalk of Atlantic City during Rosie's and Willie's honeymoon, 62 years ago. Wow! They both looked like a couple of knockouts. Yeah, they fought like Hutus and Tutsis, but Willie now realizes how lost he is without her. Her daughter, her son-ion-law, her granddaughters, my sisters and I, we are all lost without her. ##

ROSIE AND WILLIE
ON THEIR HONEYMOON
IN ATLANTIC CITY IN 1935

CLICK HERE TO GET TO INDEX OF COLUMN TWENTY-NINE