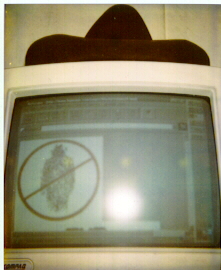 IF MY TIME EVER COMES, WILL I KNOW IT?

The hundreds of thousands who jammed trains, buses, subway cars. limousines and pickup trucks to overrun Central Park for Garth Brooks' country music spectacle a month or so ago proved that I was a man ahead of my time. That's how a writer on the New York Times once described me. A man ahead of my time.

When I tried to introduce live country music to Manhattan with my "Country in New York" concert series at Madison Square Garden in 1973, I couldn't even give the tickets away. Country in New York went broke after three seasons of trying hard.

In the early 1970s, there was no audience for country music in New York. When radio station WHN tried to seduce the Big Apple with Nashville's twang around the same time as my country shows, the radio station ended up being bought by someone who changed the station's call letters and format. Like some kind of cultural Hercules, I had to manufacture an audience. I might have been a man ahead of my time, but I was no Hercules.

A preponderance of country music fans in the tri-state area lived in Long Island, so I made a deal with the Long Island Railroad. The LIRR sold combined rail fare and concert tickets and provided a special train that went directly to my Country in New York shows. After all, the LIRR's Manhattan terminal is located beneath Madison Square Garden.

When I booked Dolly Parton for her New York debut, she came into town a few days early, stayed at a suite I provided for her at the Plaza Hotel and plugged her forthcoming appearance with a whistle-stop tour of Long Island, singing a few songs at each stop from an LIRR flatbed railroad car, which we improvised as her stage. At most, some 15 to 20 fans showed up at each stop to witness Dolly's visit to their town.

Willie Nelson was emerging as a country music superstar in those days and I signed him for his New York debut. He boasted to me that he would sell out the house, but the advance sale for his performance proved to be so pitiful that I was forced to cancel the show. I later gave Willie his New York debut as the opening act for Merle Haggard.

Not only did I give Dolly Parton and Willie Nelson and Merle Haggard and Charley Pride and a host of other Nashville superstars their New York debuts, but I also gave Larry Gatlin and Tanya Tucker what amounted to their world debuts. Tanya was no more than 13 or 14 at the time, and her father begged me to give her an audition. When I did, I found her singing so infectious, that, without any pre-announcement or publicity, I put her on one of the Country in New York shows and allowed her to sing a song or two. I did the same for Larry Gatlin. In both cases, the audience reaction was overwhelming. The trouble was that the size of the audience was not overwhelming.

Another problem I faced was that the agents who represented Nashville's country stars were less than cooperative in helping me open up New York as a market for them. They didn't appreciate my problem in introducing live country music to the Big Apple. They didn't care that I had to manufacture an audience where there was none. To them, New York was the big time, a cash cow, the capital of capital, the show business Mecca of the world, and so they overinflated their demands.

I tried everything I could. I arranged with country music club owners throughout New Jersey to provide chartered bus service for their customers to come to my Country in New York Shows. I booked Nashville's biggest headliners, a list of stars that included Charley Pride, Charlie Rich, Merle Haggard and so on. At the time, Merle Haggard was at the top of Nashville's pinnacle, the Garth Brooks of his day.

on for three seasons, but when Merle Haggard couldn't even sell out one show in one night, Country in New York folded.

Now, Garth Brooks has filled Central Park's North Meadow with hundreds of thousands of people. Obviously, I had to check this out. The New Jersey Transit train to Manhattan's Penn Station was so packed with people going to the concert that the conductors couldn't collect all the tickets. The subways headed uptown were so jammed I found myself preferring a jammed bus. At the park, the North Meadow was encompassed by fences for the occasion. The fences enclosed an infield roughly larger than the entire playing field of a baseball stadium. I got there as the concert began and found the fenced-in infield was already too crowded for the police to let anyone else try to pack themselves in. How early would I have had to come to cop a seat beneath the stage? Some had staked claims to their blanket spaces the day before. They'd been there all night, or so I was told.

Like the mobs of other latecomers, I had to find a space in the outskirts, beyond the infield fence Where I was, the ground starts to rise and a canopy of trees begins. Beneath this canopy, there were thousands more latecomers like me. Where I was, the stage seemed like it was miles away with tiny figures on it. That is, during those rare moments when I could catch a glimpse of stage at all between the tree trunks, moving bodies and various other impediments. Where I was, I had to stand on my tiptoes to see only the top of Garth Brook's Stetson. That was because I could see only the top half of one of several giant TV screens which had been strategically placed to allow most of the crowd to see what they could much more comfortably view at home.

Where I was, I knew Garth Brooks was singing, all right, but, where I was, all I could hear was mud. The sound system wasn't up to penetrating the tree canopy. Still, this event was a sight to see! It was a sight which proved I'd been a man ahead of my time. Now 69, I'm wondering if my time will ever come. And if my time ever comes, will I know it? ##