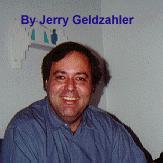 The above opening verse, written in 1970, is an appropriate poetic eulogy for the now departed Grateful Dead. Their demise came with the untimely death of their unofficial leader, Jerry Garcia. If you are a Dead Head like me, you feel a great loss. That loss is not for the music only, but for a way of life. Being a Dead Head was much more than just being a fan of a rock group. A Dead Concert was a Happening. It was a spiritually uplifting event. Dead Heads ranged in age from 10 to 70. Me, I'm a professional, in my forties. Like many other Dead Heads, I did not follow the group on tour. I would, however, excitedly await news of their next visit to the New York metropolitan area, where I reside. Then I would hustle around to get tickets so that I would not miss the event. Getting tickets wasn't always easy. The Dead had a great following, virtually millions of fans worldwide.

It wouldn't matter where the seats were. Every seat in the house was a unique experience. Sometimes I would seek a ticket as far away and as high into the upper deck which my friend Bob calls the "Quasar." Even behind the stage, which might even be considered worse seats, would also have their special ambiance - great for the drum solos and even privy to special nods from Jerry Garcia ducking out behind the stage to acknowledge these supposed unfortunates who would have their day made by his gestures. Almost everyone would at one point during their tenure of shows eventually wrangle their way to in front of the stage for personal communication. The shows were multi-faceted. There would be the band, and there would be the fans. The camaraderie among the fans was fantastic. One truly felt a kinship to all those people around him or her. There would be an unspoken harmony sealed by smiles and eye contact. We would all sing the choruses together and sharing and cordiality were the order of the day. We were all a happy family proud of our universal kindness. What may have seemed like a wild bunch of unruly hippie-types to the unknowing were in actuality a multitude with a common purpose, making the world a better place to live in our own way.

Dead concerts were much more than just music. I am speaking of the important issues which surfaced at Dead shows such as the abolition of hatred and prejudice, the protection of the environment and our natural resources, feeding the poor, solving the drug problem, and the pursuit of other noble causes. Groups such as Greenpeace were always represented with a booth at Grateful Dead venues. Numerous petitions for numerous causes were ci rculated and tons of literature distributed. The thought that prevailed represented the high ideals of the '60s (the Flower Power Generation): Peace, Love, and Save the Earth. The unaware might wonder how these things became associated with Grateful Dead concerts. Possibly the times, the chemistry of the people (both fans and band members) or some other blend of events resulted in this actuality. Ask anyone who attended and he or she will verify such a fact.

Some fans would go to shows without tickets only to be a part of the scene around the show, whether it would be in the parking lot in rural or suburban settings or the streets of a city where the band was playing. The scene outside the show possessed the same magical qualities as the show itself, minus the music. This is why I believe the show should have gone on even after the death of Garcia. For me, the importance of these events far outweighed the actual music. I like to think that Jerry himself would have been the first one to admit this. He had diverse musical interests but realized that this phenomenon was too big and important to abandon. The playing of the band was merely a rallying point. Don't get the idea for one second that the music wasn't important and not well loved. We loved the music, but it was not everything. For us, it was a focal point.

This may all sound idealistic, but it's the way I saw it. Why this phenomenon, centered around a rock group led by an overweight and older man with grey hair and a beard, still grew increasingly popular with kids is hard to fathom. The Dead had only one hit that made the charts (A Touch of Grey) during the band's 30-year existence. The Dead's lyrics, most of them written by poets Robert Hunter and John Barlow, were appropriately poetic. The band did possess a degree of musical genius and had a great sound. However, these attributes only seemed to keep them in the position of House Band for these special gatherings that grew around their performances. Even when the band had a bad night, the event would still be a success. Only the music critics writing for some local newspapers would see negativity on one of those nights.

All of a sudden it was over. The Band announced a few months after Jerry's death that it would no longer play together because Garcia could never be replaced. I agree that he could never be replaced, His charisma, leadership and musical genius were unique. Could the Dead's sound have been reproduced without him? The band felt that any other rock star who could have recruited would have altered the personality of the band, even if the band chose an

Another Furthur Festival Tour is being scheduled for this coming summer

unknown, (which would have been the option of my choice). There are scores of Dead cover groups playing around the country with many excellent unsung Jerry Garcia understudies. Among all Dead fans, I'm sure there are many other opinions as to how the show could have gone on. We all mourned the loss of Jerry and we all felt a further loss in the loss of the entire band experience. The Furthur Festival which featured a few of the surviving members and which toured the summer of 1996, the year after Garcia's death, brought out some large crowds and the same good feelings.

Now Dead press representative Dennis McNally tells me another Furthur Festival Tour is being scheduled for this coming summer, and there are plans for making it an annual event. I sure hope this happens. The multitudes of fans who share my feeling of great personal loss will be uplifted if a yearly Further Festival becomes a reality.

I know that I speak for many people when I say that an effort must be made to organize and not lose hold of this meaningful movement. I consider it a fact that there are so many unfulfilled agendas and so much important work to carry on and I believe that Jerry would have agreed. The band had the power to help institute positive change by mobilizing all those fans. The Beatles and Bob Dylan are well known for popularizing important issues through their music. I like to think that the Grateful Dead were equally influential, not to the mainstream, but definitely to the tie-dyed, die-hard Dead Heads like myself. To lose all the momentum which is now slipping away, day by day, is more grievous than the loss of our revered leader, Jerry Garcia.

I understand that things as we know them all eventually come to an end, but good ideas must be perpetuated even if the parameters must change. It will take some work, but I believe there are many willing to offer support to an endeavor like this. The fans are still out there. If we can somehow keep the Dead alive it will help in bringing those people back together and help make the dreams a reality.

CLICK HERE TO GET TO INDEX OF COLUMN TWENTY