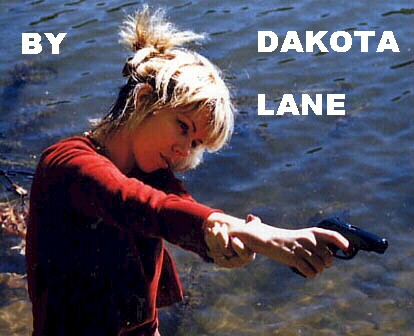 John had been down to the street six times already and was thinking about going again.

It was hot and dirty and bright downstairs, a night that was never-ending. At 2 a.m., the air in the city felt like it had been breathed in and out by a million pairs of lungs. The subway grates were like giant floor heaters, blasting up a constant supply.

John had no more money for greasy pizza slices and newspapers and had no more energy for aimless walking.

But as soon as he went up the elevator, riding through the changing sounds of screaming music hell, he was ready to press the down button. It was hard to face his own cubicle. He had to walk down the concrete hall past the pissed-on graffiti he'd memorized and past the stairwell where he could see his shadow running up and down seven stories and hear the bleeding sounds of loud, bad music leaking out of 100 rehearsal spaces. There was no window, no air, no light besides bare hanging bulbs and no pockets of quiet.

He'd lock himself inside his cubicle and lie on his Futon and look at the promotional posters for the one successful band he'd been in. The only way to stop the out-of-beat drums and masturbatory guitar solos from creeping into his cubicle was to plug in his own guitar and play. John had played until his fingers bled and his strings broke. He'd had enough of playing and going downstairs and there was nothing left to do but open the bag of peanuts and look for Moses.

He'd crack a shell open and split the golden brown nuts in his hand, looking for Moses's face in the tiny blip attaching the two halves of each nut. This little blip was like a fragile, yellowed-ivory sculpture, offering variations on one form. When John was a kid, his father had said, "Ya wanna see Moses?" He held up a split nut for John, and there at the top was the tiny miracle, a sage, bald, bearded man with sunken eyes and frazzled eyebrows. John couldn't believe it when his father ate Moses.

John figured looking for Moses could be his version of counting sheep, only it wasn't working. Maybe his findings weren't uniform enough to induce sleepiness. He found several nasty, low-browed apes wearing combative expressions beneath their pointy, World War II helmets. He found a fat bishop, a double-chinned friar, an ugly nun and a smirking fire-fighter.

He was quite lonely in that room. He felt--with the music and the heat and the lack of windows--as if the night would go on forever and he would never again have a normal moment in a normal world.

By the time Moses appeared on the scene, John had long since stopped looking. He was eating nuts by the handful and Moses just slid down with the rest.  ##

CLICK HERE TO GET TO INDEX OF COLUMN SEVENTEEN