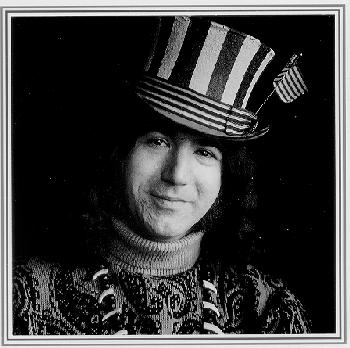 JERRY GARCIA
(Photograph courtesy Herb Green
from his BOOK OF THE DEAD,
CELEBRATING 25 YEARS WITH THE GRATEFUL DEAD.) 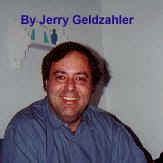 Smiling, bearded cherub
Wisdom from you flowed
Friend or father, brother, saint
We all basked in your glow.
The burden that you carried
all your loved ones would have shared.
We all added to it
Not that we didn't care.
You showed us some light,
We huddled near.
You never disappointed
Year after year
We didn't know how tough it was,
Couldn't see it on your face.
Believe me if we knew it,
We'd have given you some space.
Now your gone forever,
The movements in disarray.
Your loss was a great setback,
We miss you everyday.
What we had was too important,
What you stood for we won't forget.
Love your brother, fix the world
We'll try to get there yet.
Your devoted will remember
that smiling , happy face
That musical genius
that took us into space.
We knew it was much more than that,
Those notes were heaven sent.
You told us that more importantly,
you were only playing the event.
And so its up to those of us that you have left behind,
To find the new direction
That will expand our minds.
There will be another chapter
We're not sure just how.
You carried a lot of weight for us,
We'll take it over now.

I wrote the above poem a few months ago, reflecting on the death of Jerry Garcia. I'm one of those long-time Dead Heads the press always seem to feature, a 47 year old professional (I'm an Oral & Maxillofacial Surgeon), seen gyrating with the teenagers at the Grateful Dead shows.

I met my wife at a Dead Show in 1972. We've seen a lot of shows over the years and I've even been to shows with my three kids who are also fans. It's been a great thing to share "a long strange trip."

Well, about a year ago Garcia up and dies, what are you going to do. At my age I've seen some friends pass along. This Garcia death really bothered me because I believe in a way I was a philosophical Dead Head. I saw the shows as much more than just concerts. They were gatherings of masses of people who remembered the good things from the sixties and seventies, the love, peace, care for your neighbor, protect the environment. I know this is an idealistic viewpoint , but that's how I saw it. I used to say that maybe I was sitting next to a Charles Manson type in the crowd but that night he was singing "are you kind" to Uncle John's Band. I know there were a few mishaps along the way (the Adam Katz story) but, for the most part, it was all good vibes. It was kind of a Rocky Horror Show (I never went to one) for hippies, and it was growing and was an important force. In business, if you met another contemporary who was a Dead Head there was instant communication. I have friends who made multi-million dollar business deals who stated that they got the deal because the other party involved was a Dead Head. With Garcia dead and the band deciding to break up, it left all of us out there with nowhere to connect.

Garcia in interviews echoed my sentiments. He often talked about the importance of the concerts as events that went way beyond the music. He had many different interests, but always noted that the Dead Shows were too important to give up and were much bigger than he was. I agreed, but I didn't stop to think what a burden it must have been for him to be the leader of this giant movement.

Well all of a sudden there is an announcement about the "Furthur Festival." Would this be it " I got my tickets early. I figured it would sell out early, but it didn't. There were still tickets for sale the day of the concert. A few weeks before some of my friends were saying I guess it 's too late to get tickets , but that wasn't true. I attended the July 11 show at Liberty State Park. The newspapers said there were about 18,000 in attendence and the promoters had 33,000 tickets to sell. I took my wife, Janet, and two of my children, Josh and Lauren (Amy was backpacking in Alaska) and we spread our blanket on the field. The traffic getting in was horrible; the park is not made to accommodate that big a crowd . The day couldn't have been more beautiful. Crystal clear skies, a breeze off the Hudson River, the Statue of Liberty (freshly polished) hanging over us, and the Manhattan skyline for a backdrop across the river.

The people in attendence were great. The same good feelings that permeated all the Dead shows were there. I saw a lot of people I knew from numerous past shows. People whose names I didn't know but with whom I had shared experiences. The setting was beautiful but some things weren't right. There was an air of commercialism at the site. The vendors who were part of the past concert scenes were now lined up within the gates like franchises at a convention. You could set up a picnic blanket but were only able to buy and eat from the licensed vendors who sold cokes at $3 each. You could also buy autographed Ken Kesey books at a booth.

The music was good. One group played after another without hesitation. Hot Tuna, Los Lobos, and Bruce Hornsby were standouts. Mickey Hart put together a group called The Mystery Box and Bob Weir played with his band , Rat Dog. The high points for me were when Dead cover songs were played. Los Lobos played a smokin' Bertha and I especially enjoyed Bruce Hornsby joined by Bob Weir doing Jack Straw. Something was missing. I guess it was Jer, or maybe it was something else. I can't quite pinpoint it. In the week since the concert I've been thinking about it. I've vacillated between "I wouldn't go back again" and "maybe it was pretty good after all."

The people were ready and willing to keep the ball rolling. That was good. If the crowds were smaller than anticipated, it still seemed that the real die hards were still around. Maybe we need another venue, but for now, Furthur"  ##

CLICK HERE TO GET TO INDEX FOR COLUMN TWELVE