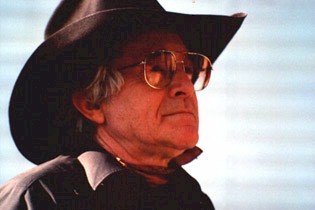 Your website is, in my opinion, an extraordinary chronicle and archive. Thank you for making this good thing for us all to share.

Apropos of nothing... I am in Melbourne, Australia. My lifelong hero since I was thirteen in 1965 has been Ramblin' Jack Elliott, for whatever reason causes us to have heroes. Naturally enough, after all those decades I despaired of ever having the chance to see him perform, never mind meeting him.

Imagine my surprise to have Jack stay at our house for a month this year.

Anyway, he remembers you well, when I asked, when the tide of conversation happened to drift to New York and Bob (which he didn't make a point of doing, unless prompted).

Jack's stories are connected to each other only as tangents, which, collectively and geometrically, create a wonderful, fragile crystalline structure.... of no shape at all, but beautiful to observe.

In the Sydney hotel cocktail bar, the day we picked him up at the airport... the bar's walls are covered with framed photos of celebrities who have stayed there. There is a picture of Dylan near the door. As Jack strides out to the bathroom, in passing he takes a pistol shot with his index finger at the picture and snaps "Bob!", without turning his head, breaking his stride or otherwise apparently noticing it. It was the funniest thing I've ever seen.

Dunno why I'm sending you this, just felt like it.

Thank you for your biography of Bobby Darin. I enjoyed Dodd Darin's book very much, and it was a treat to read about Bobby from another real insider's viewpoint. Also, I thought it was telling that your book, of the current releases, was the one that had Steve Blauner "speaking."

By the way, if Bobby wasn't such a great chess player to begin with, perhaps there's still hope for me!

A friend gave me your Dylan/Beatles' book a few months ago and my life finally slowed down enough for me to read it. What a great read!

I am a 45-year-old New Yorker who programs a radio station in Austin, Texas. I have lived here since college days, written for mags like Texas Monthly, Austin Chronicle etc etc. I have been on the air since 1981. My station is very eclectic (you mentioned the Old 'HFS - visit www.kgsr.com if you get the notion...)

I also produce interview discs with artists as promo CDs for the major labels (BB King, McCartney, Ringo, Tom Waits, Joni, Yoko, Steely Dan, Emmylou etc etc). The interviews are transcribed at our site if you wanna take a peak.

Anyway, I appreciate your role in my r-n-r history. Several names in your book (Bob Neuwirth, Steve Leeds, Loudon Wainwright) re people I have crossed paths with recently. Reading your book was like meeting an old friend I never knew I had (except I did know your name through Lennon's Alaronowitz mumbles during his poetry reading!).

I hope you have found some peace in your life. Bless ya. Thanks for sharing your experiences.

PS I have Mr. Taylor's Genesis Publications book. I especially enjoyed your tales of Derek and the unsung Mal and Neil. And George H---a saintly as one would like to think yet human like us all. Glad you 2 reconnected in 1992. I attended the Concert For George and felt his spirit their very strongly...  ##