SECTION TWELVE
EMAIL PAGE ONE A 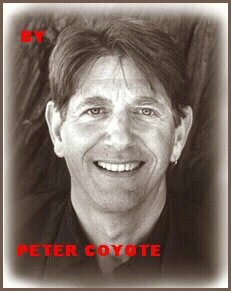 THE HANDOVER THAT WASN'T

'the Hand-Over That Wasn't?

Illegal orders give the U.S. a lock on Iraq's economy.
By Antonia Juhasz
August 5, 2004

This gives a lot of details on the orders which were issued to ensure continued US control of Iraq's economy. We may be sure that Negroponte, the new US ambassador to Iraq, will draw on his experience in working with death-squad controlled countries in Latin America to endevour to keep these orders in place.
Carolyn Scarr
August 7, 2004

Officially, the U.S. occupation of Iraq ended on June 28, 2004. But in reality, the United States is still in charge: Not only do 138,000 troops remain to control the streets, but the "100 Orders" of L. Paul Bremer III remain to control the economy.  These little noticed orders enacted by Bremer, the now-departed head of the
now-defunct Coalition Provisional Authority, go to the heart of Bush administration plans in Iraq. They lock in sweeping advantages to American firms, ensuring long-term U.S. economic advantage while guaranteeing few, if any, benefits to the Iraqi people.

The Bremer orders control every aspect of Iraqi life " from the use of car horns to the privatization of state-owned enterprises. Order No. 39 alone does no less than "transition [Iraq ] from a centrally planned economy to a market economy" virtually overnight and by U.S. fiat. Although many thought that the "end" of the occupation would also mean the end of the orders, on his last day in Iraq Bremer simply transferred authority for the orders to Prime Minister Iyad Allawi " a 30-year exile with close ties to the CIA
and British intelligence.

Further, the interim constitution of Iraq, written by the U.S.-appointed Iraqi Governing Council, solidifies the orders by making them virtually impossible to overturn. A sampling of the most important orders demonstrates the economic imprint left by the Bush administration: Order No. 39 allows for: (1) privatization of Iraq's 200
state-owned enterprises; (2) 100% foreign ownership of Iraqi businesses; (3) "national treatment" " which means no preferences for local over foreign businesses; (4) unrestricted, tax-free remittance of all profits and other funds; and (5) 40-year ownership licenses. Thus, it forbids Iraqis from receiving preference in the reconstruction while allowing foreign corporations " Halliburton and Bechtel, for example " to buy up Iraqi
businesses, do all of the work and send all of their money home. They cannot be required to hire Iraqis or to reinvest their money in the Iraqi economy. They can take out their investments at any time and in any amount.

Orders No. 57 and No. 77 ensure the implementation of the orders by placing U.S.-appointed auditors and inspector generals in every government ministry, with five-year terms and with sweeping authority over contracts, programs, employees and regulations.

Order No. 17 grants foreign contractors, including private security firms, full immunity from Iraq's laws. Even if they, say, kill someone or cause an environmental disaster, the injured party cannot turn to the Iraqi legal system. Rather, the charges must be brought to U.S. courts.

Order No. 40 allows foreign banks to purchase up to 50% of Iraqi banks.

Order No. 12 (renewed on Feb. 24) suspends "all tariffs, customs duties, import taxes, licensing fees and similar surcharges for goods entering or leaving Iraq." This led to an immediate and dramatic inflow of cheap foreign consumer products " devastating local producers and sellers who were thoroughly unprepared to meet
the challenge of their mammoth global competitors.

Clearly, the Bremer orders fundamentally altered Iraq's existing laws. For this reason, they are also illegal. Transformation of an occupied country's laws violates the Hague regulations of 1907 (ratified by the United States) and the U.S. Army's Law of Land Warfare. Indeed, in a leaked memo, the British attorney general, Lord Goldsmith, warned Prime Minister Tony Blair that "major structural economic reforms would not be authorized by international law."

With few reconstruction projects underway and with Bremer's rules favoring U.S. corporations, there has been little opportunity for Iraqis to go back to work, leaving nearly 2 million unemployed 1 1/2 years after the invasion and, many believe, greatly fueling the resistance. The Bremer orders are immoral and illegal and must be repealed to allow Iraqis to govern their own economic and political future.

Antonia Juhasz is a project director at the International Forum on Globalization in San Francisco and a Foreign Policy in Focus scholar.

For our Fair Use of Copyrighted material Notice, please click on the ".  ##