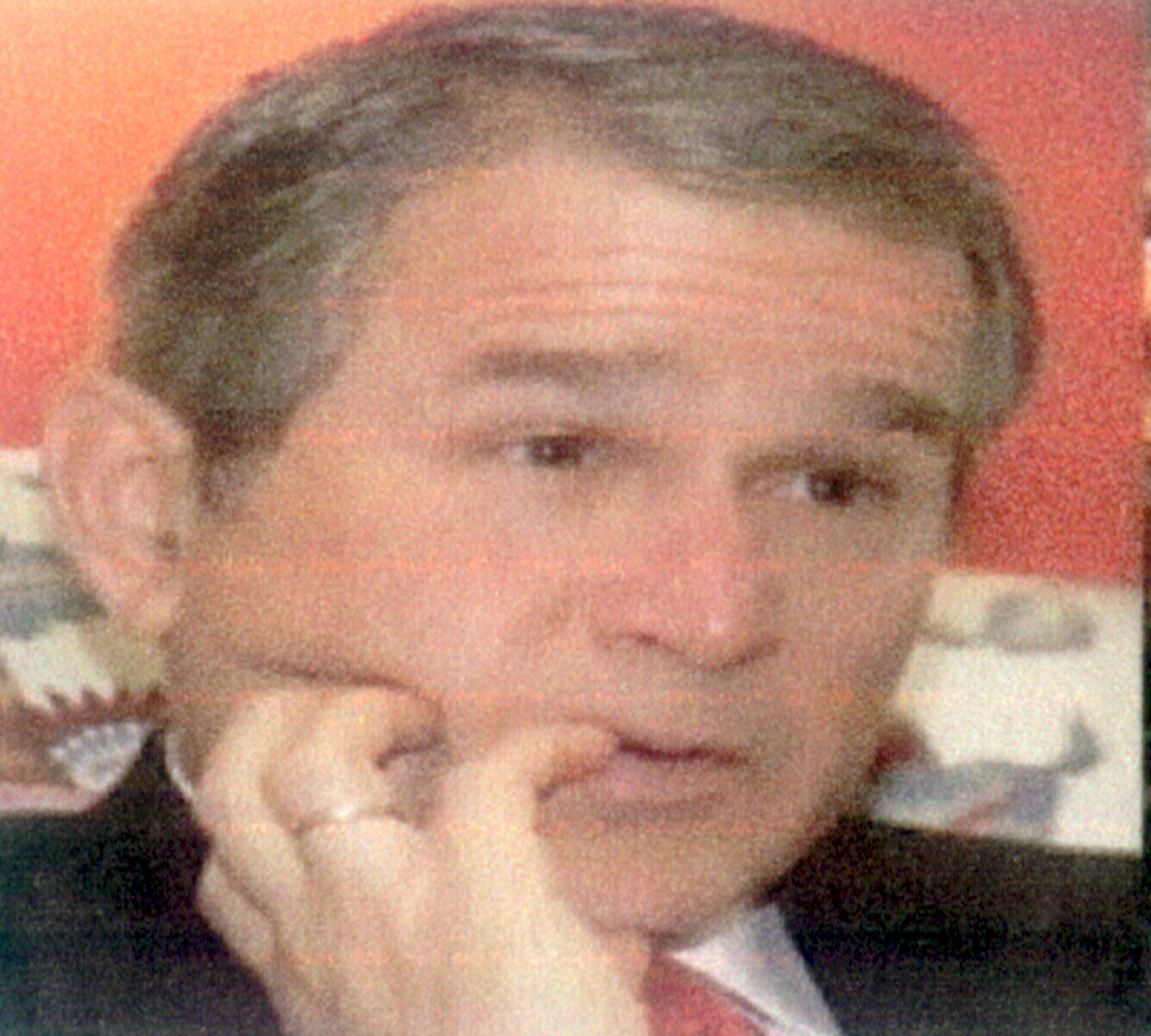 BENT OUT OF SHAPE?

[The following report from Capitol Hill Blue was brought to our attention via an email from Al Heisler at aheisler@worldnet.att.net ]

The prescription drugs, administered by Col. Richard J. Tubb the White House physician, can impair the President's mental faculties and decrease both his physical capabilities and his ability to respond to a crisis, administration aides admit privately.

"It's a double-edged sword," says one aide. "We can't have him flying off the handle at the slightest provocation but we also need a President who is alert mentally."

Tubb prescribed the anti-depressants after a clearly-upset Bush stormed off stage on July 8, refusing to answer reporters' questions about his relationship with indicted Enron executive Kenneth J. Lay.

"Keep those motherfuckers away from me," he screamed at an aide backstage. "If you can't, I'll find someone who can."

Although GOP loyalists dismissed the reports as anti-Bush propaganda, the reports were later confirmed by prominent George Washington University psychiatrist Dr. Justin Frank in his book, Bush on the Couch: Inside the Mind of the President. Dr. Frank diagnosed the President as a

"paranoid meglomaniac" and "untreated alcoholic" whose "lifelong streak of sadism, ranging from childhood pranks (using firecrackers to explode frogs) to insulting journalists, gloating over state executions and pumping his hand gleefully before the bombing of Baghdad" showcase Bush's instabilities.

"I was really very unsettled by him and I started watching everything he did and reading what he wrote and watching him on videotape. I felt he was disturbed," Dr. Frank said. "He fits the profile of a former drinker whose alcoholism has been arrested but not treated."

Dr. Frank's conclusions have been praised by other prominent psychiatrists, including Dr. James Grotstein, Professor at UCLA Medical Center, and Dr. Irvin Yalom, MD, Professor Emeritus at Stanford University Medical School. The doctors also worry about the wisdom of giving powerful anti-depressant drugs to a person with a history of chemical dependency.

Bush is an admitted alcoholic, although he never sought treatment in a formal program, and stories about his cocaine use as a younger man haunted his campaigns for Texas governor and his first campaign for President.

The White House did not return phone calls seeking comment on this article.

Although the exact drugs Bush takes to control his depression and behavior are not known, White House sources say they are "powerful medications" designed to bring his erratic actions under control. While Col. Tubb regularly releases a synopsis of the President's annual physical, details of the President's health and any drugs or treatment he may receive are not public record and are guarded zealously by the secretive cadre of aides that surround the President.

Veteran White House watchers say the ability to control information about Bush's health, either physical or mental, is similar to Ronald Reagan's second term when aides managed to conceal the President's increasing memory lapses that signaled the onslaught of Alzheimer's Disease.

It also brings back memories of Richard Nixon's final days when the soon-to-resign President wandered the halls and talked to portraits of former Presidents. The stories didn't emerge until after Nixon left office.

One long-time GOP political consultant who---for obvious reasons---asked not to be identified said he is advising his Republican Congressional candidates to keep their distance from Bush.