DRINKING WITH JOHN KEROUAC IN A ROCKAWAY BAR 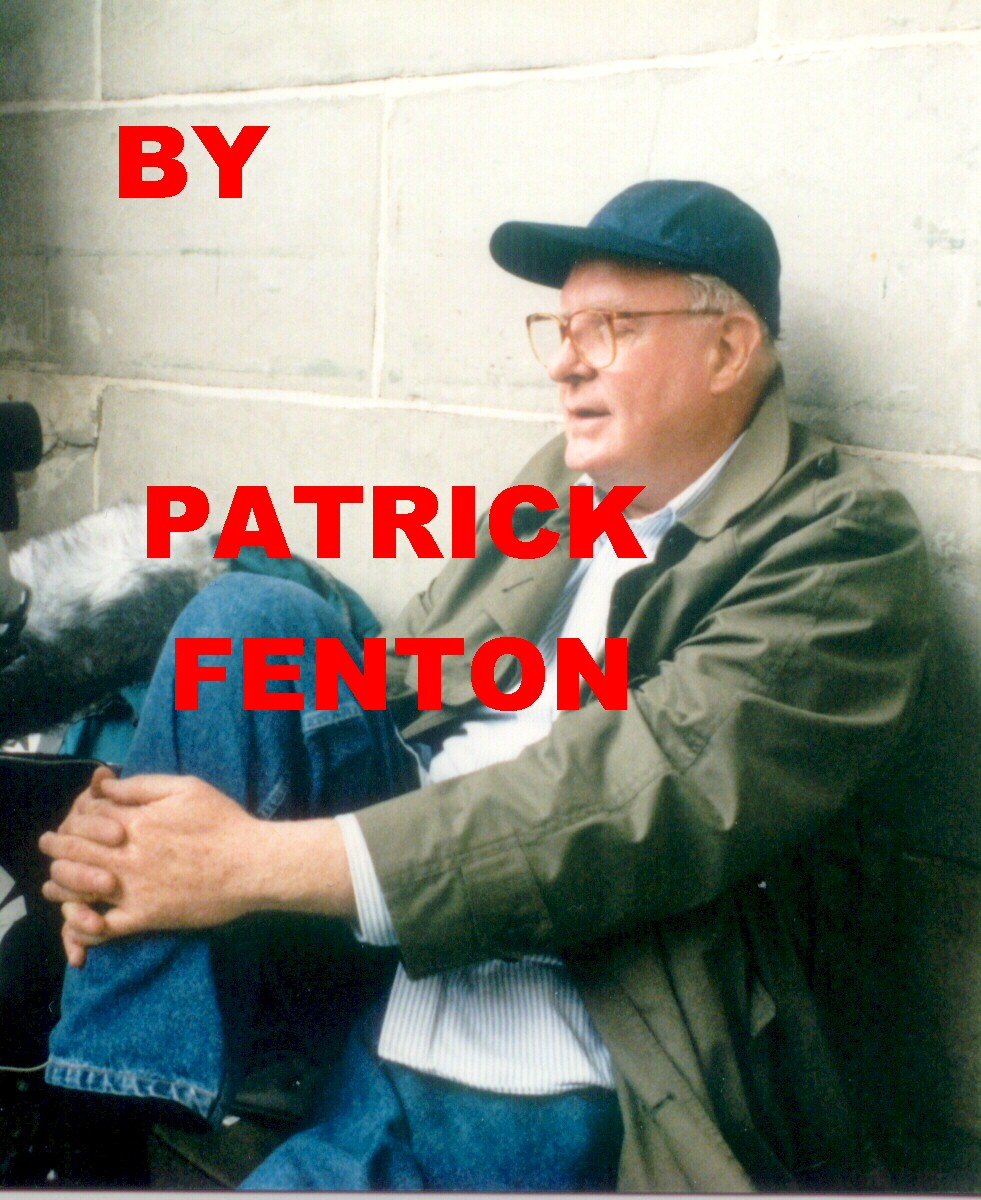 Hot summer's afternoon in the Sand Bar in the "50s, a fetid, open-aired boardwalk bar at the end of Beach 116th Street in Rockaway, Queens, just a short distance from where the sea begins. The last stop on the A train. Nowhere to go but Europe from here. Hope you know how to swim, baby. The weatherman says its going to hit 98 today. All around the round bar you see a merry-go-round of misery, men with these ruined Hank Williams faces, women that have so much ruin in their eyes you don't want to know what they have seen. You can hardly move in here. You can hardly breathe. It's that crowded. Every time you shift you find yourself plastered up against some older woman wearing a bathing suit that looks like it came off of a Salvation Army rack. The Tom Collinses are lined up like neat rows of soldiers with cherry red hats. Next to them are bowls and bowls of stale pretzels. But they taste good with the wash of the beer.

They're cooking up hot dogs and hamburgers and Coney Island knishes on a huge, grease-covered hot plate next to the open door of the men's room. Got them sizzling on the grill.  Jesus, look at that older woman's eyes darting over this way. She can't stop looking. Takes a sip from her Seven and Seven and looks over again. And that juke box! Listen to it. Someone played Don Gibson's It's Been a Blue Blue Day again. Give it a break, Goddam it! We're trying to drink in here. We're trying to survive. Look at the build on that woman. She may be old, but damn! She

doesn't look bad in those tight jeans. Fills them out good. But, Christ, her face is ruined. Just look at it. She's darting her eyes over here again. And look at her smoking her ass off. She's going to kill herself. Sure is.

"Hey, bartender. Fill me up again. Another beer, and give me a bump with it. A little of that Jack D in a side glass."

That's the shit that Sinatra always drank. Kept him living that long. It's better than wine. Look at this guy coming in. He looks like he's wearing only half of his bathing suit it's hanging down so low on his ass.

Oh, Jesus will you listen to this guy and he has to be sitting right next to me.

"Grabbing my cash now, bartender. Moving my shit down to the other end of the bar. Oh, shit. I forgot my cigarettes."

'these are mine," the guy that was doing all the swearing says as he slides the brand-new pack of  Marlboros down the bar toward him like a shuffle board puck he's getting ready to shoot.

"You want to fight over a pack of cigarettes, " he says as he rubs the palm of his heavy hand over my outstretched hand.

So I move down the bar. I'm still on the other side where I can see the older woman with the darting eyes. She's been watching it all.

People yell in here when they talk. That's the only way to talk in here. And as you drink you hear whole passages of conversations floating around. Johnny Ace's voice is coming out of the jukebox now singing Pledging My Love. A sailor in white summer uniform gets up and starts to slow dance with an older woman wearing a bathing suit. It stops the spin of the room for a moment, capturing it all in a brief tableau of grief.

Look at that guy over there, the one with the T-shirt on and the black pompadour. Good-looking dude, but like the rest of the people who drink here he has that hurt on his face. Who the hell else would come in here? We're all drawn here like moths to a flame.

The guy next to him is asking him questions. See him over there, the red-haired guy with the thick black glasses. He's squinting like he can't see well.

"You wrote a book? Did you get it published??

Listen to all this noise here. It's hard to hear them. They're coming in broken up.

"Published a few years ago."

Can't hear him now. The jukebox is going full tilt.  They got Hank Williams on now: "He's only a tramp, a tramp on the street. Once he was fair, once he was young. He was somebody's  darling, he was...."

"I can't hear you," the red headed guy yells.

"Don't fucking worry about what it's about, " the good-looking guy with the pompadour flowing over his forehead says. And then he says to the red headed guy, out of the blue,  "I served our country, did you??

"Yeah, I did. Marines. Where did you serve??

"I rode the S.S. Dorchester when it was flying the red flag. You know what the red flag flying is??

"What were you in the merchant marine??

"You know what the red flag flying is? I asked you a question."

"Yeah, it's dynamite. It's a ship hauling bombs to the war front?

"Well, that's what I did, all right?  See, I missed the next trip out on it. You know how many went down with the Dorchester that day? One thousand American boys torpedoed by Germans. So don't tell me shit about you being a Marine. It doesn't mean anything to me. All right?

Man, the noise level is up now. The guy I moved away from is screaming again. And, Jesus, look at this guy who just walked in off the boardwalk. He's swinging at people at the bar for no reason at all. Oh, Christ!

"Hey, fuck you. Who are you to be on my ass about what I have read?? the marine is saying. "You live around here? What's your fucking name??

The noise of the room roars on as he pushes back his bar stool and walks out toward Beach 116th Street. He looks over his shoulder once at the Marine, who is signaling the bartender over for another drink. And then he disappears. He's lost in the night now, on the road, half stumbling down Beach 116th Street, the future King of the Beatniks heading home, heading toward America. But he's lost.

She sees it all with her darting eyes, all the misery that's going on here. Man, the noise in here is killing me tonight. Move me over near her, bartender.