TOM PACHECO HONORS ME WITH ANOTHER GIFT 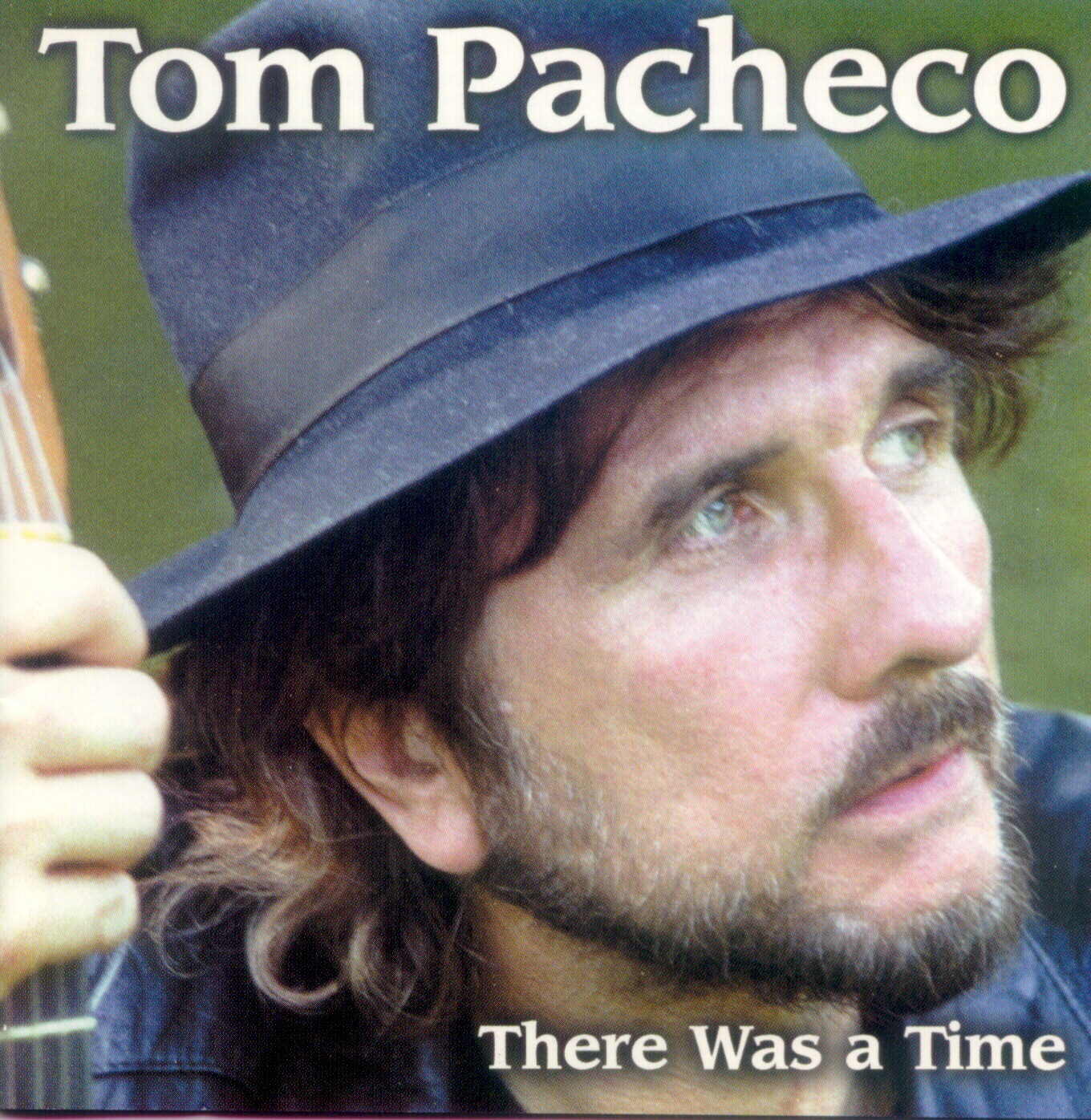 THE COVER OF TOM PACHECO'S CD: THERE WAS A TIME

On a shelf of my apartment in Elizabeth, New Jersey is one of the works of art I treasure enough to have preserved it through my hazardous journey from refuge to refuge as I was fending off an army of demons to safely arrive at my present age of 76. The work of art is a wine bottle with a rural winter landscape painted on it by a neighbor of mine when I was a refugee in Bearsville.

Bearsville, a tiny community still within the municipal constraints of the town of Woodstock, New York, was then dominated by the presence of the late Albert Grossman, Bob Dylan's brilliant original manager---the one who guided Bob to stardom. Albert had rescued me from the welfare rolls of Washington, D.C. and allowed me to take refuge---rent free!---in one of the houses he owned in Bearsville.

The neighbor was a talented artist and singer-songwriter named Tom Pacheco, who has since emerged as one of those destined for the singer-songwriter pantheon now ruled by King Bob and Queen Joni. At my Booksigning Party at the Bearsville Theater last June 4, Tom came and sang me some of his songs. Listening along with me was my old friend, Levon Helm, who'd been the drummer for my once-favorite group, The Band from Big Pink.

Listening also was my friend Babu from India. Who found Tom's songs so compelling that he felt forced to accompany Tom, playing percussion on his khamak, a strange, stringed Bengali Baul drum. Only a small crowd showed up at my Bearsville Booksigning party. Of which Albert's widow, Sally Grossman---however absent---played hostess, providing wine served by her old man, Michael Word.

But friends who failed to show told me they'd been confused by an article in the local newspaper that said the Booksigning Party was to be held a day later than it actually was held. And in its review of my book, BOB DYLAN AND THE BEATLES, VOLUME ONE OF THE BEST OF THE BLACKLISTED JOURNALIST, the article actually had the nerve to imply that I was the one who needed an editor!

Anyway, at one point, Tom read the following, which he said he'd written before arriving at the Bearsville Theater event, and I'd like to share it with you. ---Al Aronowitz

I?m really honored and proud to be here in the presence of Al Aronowitz. I'm in the presence of a man who has been a living hologram of the musical culture of this planet for decades. For anyone who is too young to remember, there was a time when he was writing for the New York Post; when he was the most perceptive and taste-making journalist in New York. The New York Post in that era was not the right wing rag it is now. It was the closest mainstream New York paper we had that tilted left of center. Al's column had a lot to do with that. When Al reviewed an artist, he wrote with the voice of a poet that often times was far more brilliant than the artist he was favorably reviewing. If the artist was bad or mediocre, you would know it in the subtlety of his writing without him writing anything malicious or cruel

When Al walked into a club, people would notice. . . You could hear people's voices whispering, "Al Aronowitz is here. . . Al is here!" What more could you say? He introduced Dylan to the Beatles.

I remember myself as a young struggling songwriter, still learning my craft and knowing I wasn't very good, hoping he would never come to where I was performing---not that I feared I would get a bad review, but that I would disappoint him. That's how much I respected him.

Al has a new book out. Al could write a thousand books. Al could tell you a million stories. He knows where all the bodies are buried. Al knows art cause he's an artist. There's no one like him and there never will be.