ABACADABRA!
DAVID AMRAM MAKES ME A LIVING LEGEND AT MY N.Y. BOOKSIGNING PARTY! 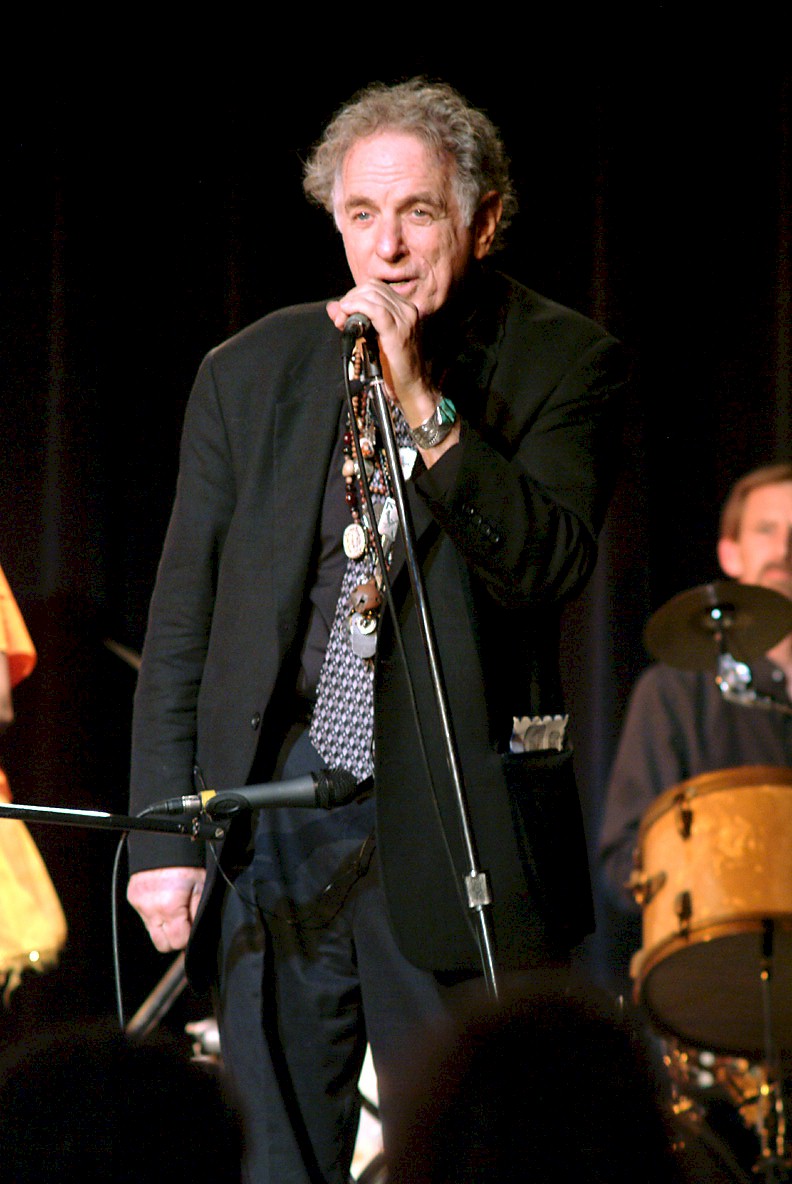 Although people used to tell me I was a living legend back when I was writing my POP SCENE column for the New York Post, it wasn't until David Amram led the packed house in chanting "A-R-O-N-O-W-I-T-Z? at my Bowery Poetry Club Booksigning Party last May 27 that I began to feel like a living legend.

Dave is that kind of miracle maker. With a song, a smile and a wave of his hand, he can make a 76-year-old schmuck like me feel like a giant. I doubt that he's ever had a platinum record, but he's become a shining beacon in the music universe. Known around the world among those magicians who make music, David Amram is an international superstar. After outshining me at my own party, he left to give performances in China.

He's written operas, concertos, symphonic music, movie scores, has his own jazz band, sings rap songs that he makes up on the spot and is a master of almost every musical instrument known to man. In front of an audience, he's a one-man show. He certainly stole the show at my Booksigning Party. But I didn't mind that he stole my show. That's why I asked him to be there. Dave has become a BIG attraction. As part of the show, he guarantees a larger audience.

Did you ever hear that old joke about the customer who says to the old-time Jewish candy store owner standing behind his soda fountain: "Make me a malted?? So, the store owner says: "Abacadabra, you're a malted!" Well, abacadbra, Dave made me a living legend. How could I help but feel like one?

Dave improvised rap songs all over the place. He calls his brand of rap 'spontaneous bop prose," a genre founded by Beat Saint Jack Kerouac, who was also a friend of Dave. At my Booksigning party, Dave conjured up rap introductions to almost every tune he played. When I arrived at the club, he'd already taken over and was directing things. But then, I'd asked Dave to act as master-of-ceremonies.

I'd wanted to get to the Bowery Poetry Club early so I could set up a booksigning display. I also had flyers I wanted to give to everybody. But instead of getting there early, I was held up by traffic and got there late. The party was scheduled to begin at seven and another event was scheduled at the club at nine, but I didn't get there until seven sharp. And, from then on in, the whole party became a big blur to me. I felt confused, bewildered. I didn't even recognize all the old friends that showed up.

When it came time for me to read from my book, BOB DYLAN AND THE BEATLES, I donned the kyrta given me by my guest star from India, Babukishan Das, the Bengali Baul who's become an Indian pop star. One lady who I especially wanted to impress walked in late said she thought I

Does anyone want to buy
a two-disc recording
of the show?

was wearing a dress. I said this was the first time I'd ever worn a dress. She said she was impressed anyway. So was I, especially after the crowd started joining in on repeating the refrain of Dave's improvised spontaneous bop prose: "A-R-O-N-O-W-I-T-Z." I even found myself joining in. It's a long name. It goes all the way from A to Z.

As Dave said during the show, he's been in New York more than 40 years. And, as I recall, Dave and I have been friends for most of that time. I'm listening to a recording of the show at this very moment and although I sound like Mumbles when I'm reading from my book, the music screams "HIT!" into my ears. The music is like nothing that I or anyone else has ever heard before. It's so good, I want to make a lot of copies, put labels on them and sell them. Does anyone out there want to buy a two-disc set?

The band included my old friend, Hayes Greenfield, a sax virtuoso. Then there was John DeWitt on bass and Kevin Twigg on drums. Wendy Oxenhorn's harmonica playing was as beautiful as she looked. In fact Wendy looks so beautiful that she makes me regret my age. She also brought along guitarist John Kruth to replace Ladell McLin, who was originally booked for the gig. And, of course, there was Babukishan, known to friends like me as Babu. You can hear how well the musicians played together on the recording of the show.

I don't mean to denigrate the others in the band by focusing my attention on Dave, but the recording emphasizes how he focused his attention on me. It was during the show that Dave mentioned how my POP SCENE columns chronicled the music and the musicians at the end of the "60s and the start of the "70s. He indicated that they were timeless pieces of writing and should be resurrected for the future to read. In Dave's honor, this issue of THE BLACKLISTED JOURNALIST includes two RETROPOP SCENES written about Dave. 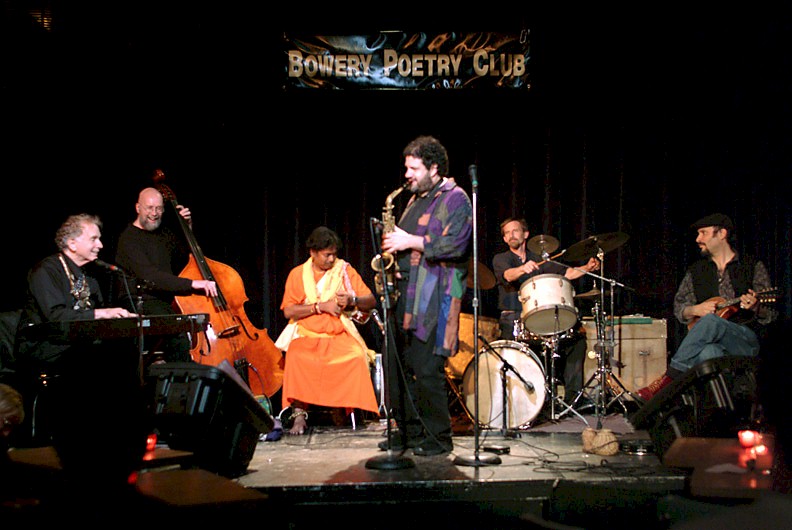