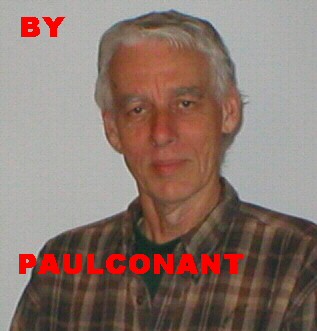 Remember those notorious nuclear centrifuges destined for Iraq that Powell told the UN about? U.S. Dept. of Energy scientists at Oak Ridge, Tennessee, had debunked that claim based on the dimensions and machining of the tubes, according to a report by the Union of Concerned Scientists. The State Dept. intelligence unit and the International Atomic Energy Agency concurred with the Oak Ridge experts. But the CIA had other ideas. Its experts claimed the tubes were intended for centrifuges.

According to Secrecy News, Powell accepted the CIA claim and went on to lump the Oak Ridge scientists with the Iraqis: "Other experts, and the Iraqis themselves, argue that (the tubes) are really to produce the rocket bodies for a conventional weapon, a multiple rocket launcher."

This incident was cited as part of a scathing assessment of administration science policy. The administration has followed a pattern of censoring scientists who do not tow some political line and of stacking panels with experts backed by industry, the report said, according to Secrecy News, which also reported:

Sixty scientists, including Nobel laureates, issued a statement that accompanied the report that denounced the administration for politicizing science.  ##

Steve Aftergood of Secrecy News relates how the CIA dismissed his request for a copy of a speech by a top CIA official. The text of the speech had already been provided to the New York

Times and the Washington Post. A CIA official, Aftergood was told by a person who did not give a last name, had exercised 'his discretion not to give it you.'

The response neither confirms nor denies that the speech text was given unofficially to reporters ('leaked'). So, if the text was leaked and something in it stirs an unfavorable public reaction, the agency can in theory deny the text's accuracy.

In the meantime, the agency has evaded going on record to say that the text was leaked (an evasion that may well imply that the 'leak' was sanctioned at a high level). If the speech was not leaked, then the publicly funded CIA press office is playing favorites with reporters, while excluding journalists---such as Aftergood, whose beat includes the CIA----who don't play ball.

The CIA is steeped in the arcane arts of deniability and unaccountability. This might explain why George Tenet still has a job.

Perhaps the most widespread of all official controls on unclassified information is what might be called the tenth exemption to the Freedom of Information Act:  "I don't wanna tell you."

Last week Secrecy News called the CIA Public Affairs office to request a copy of the unclassified speech that was delivered at CIA on February 11 by Jami A. Mascik, deputy director of intelligence.  The text of the speech had previously been provided to the Washington Post and the New York Times.

A few hours later, a CIA official ("Michelle") called back to advise that Bill Harlow, the head of CIA public affairs, was "exercising his discretion not to give it to you."  ##

Athan Gibbs Sr., inventor of the Truvote paper-trail computer voting system, was killed last week after his car collided with a tractor-trailer in Nashville, Tennessee.  Gibbs, a black voter activist and computer entrepreneur, promoted his system as an alternative to the Diebold system, which has been adopted by a number of states. The Diebold system leaves no paper record and reportedly has serious security flaws. It has been charged that Diebold voting results have been on occasion suspiciously skewed, including during the last presidential election. http://www.tennessean.com   search 'truvote.'

Steve Aftergood, in his report on a scientist who paid a high price for criticizing polygraphy, mentions that the CIA polygraph examiners have been using the question, 'Do you have friends in the media?' Hmmm...

As I recall, if a nuclear plant's spent fuel rods are improperly stacked, a chain reaction and fission explosion can occur. Don't know whether terrorists could realistically take advantage of such a possibility. Just wondering whether Homeland Security and the Energy Dept are moving spent fuel rods to hopefully well-secured nuclear disposal sites with all deliberate speed.

Some reporters dislike having their email addresses made public while others don't mind. A number of media firms are using anti-spam filters that screen out unsolicited mail---which seems to counteract the point of publishing reporter email addresses. Some spamfilters have been proving too successful, blocking perhaps 19 percent of legitimate messages.

It seems to me that an effective tactic used by Russian media is to send an automated reply to an incoming email. If the reply bounces because of a false address, the spam message can be deleted before being seen.

Another tactic is to provide a 'feedback' form on the web site in lieu of specific addresses, though this prevents writers from sending a circular to more than one member of the press, meaning that a reporter might be left off a tipster's list. Not all tips are interesting---but you never know.

The most obvious measure is for a reporter or editor to maintain at least two email accounts: a public account that he or she can check or not as he or she wishes and a confidential account for much of the daily workload. I've been finding that this circular has been getting spam-blocked by attrition at a rate that exceeds the sign-up rate. That may be due to the content.

Or, if I may be so paranoid, it may be due to controls being imposed---supposedly as anti-spam measures---on intra-press interaction.

You bet it is, if you work at one of a growing number of publications that are running addresses with each story. Not everyone is doing it, though, and some reporters truly detest it.

Ian Bell of Scotland's Sunday Herald writes a strong commentary on press behavior in the run-up to war. I would add that the move to war was promoted by a coalition of convergent forces that had strong influence over U.S. media.

The intelligence-security establishment needed to get the focus off itself and play for  time. The elite who benefit from cozy relations with our secret police system were aghast lest their golden egg-laying goose be cooked.

And then there was a powerful sentiment among ardent supporters of Israel, both in the press and in the top echelons of the Bush administration, that Saddam should be toppled. Whether Israel has really benefited from the regime change remains to be seen. The Bush group's reliance on specious WMD claims was necessitated by the fact that Congress had authorized a war only if diplomatic measures failed.

The WMD issue could be addressed diplomatically, and the administration could arrange that the issue remain unresolvable. Also, Bush needed Blair's help and Blair was hoping for a UN authorization for war, which would have provided him a legal basis for hostilities. http://www.sundayherald.com/40672  ##

I have been checking Google for a number of my pages and, despite various search tactics, some are no longer showing up; others never have appeared. Google crawls sites every couple of weeks, so I can only suspect that someone is attaching anti-bot code to some of my pages.

A search for my page "Psyops and the press," http://angelfire.com/az3/nfold/psyops.html which discusses federal dirty tricks, does give a url---but without the usual snippet of content. However, the page did not come up on Parascope, which had mirrored it, and attempts to search Parascope---a fun site with some serious stuff---were blocked.

Also, I searched "Ted Morello," who is a subject of the "Psyops" page, but the page did not show up in Google's entire list of "Ted Morello" pages, though it had shown up in the past. This is all a bit reminiscent of the strange hassles that make a search of the White House web site an exercise in Byzantine intrigue.  ##