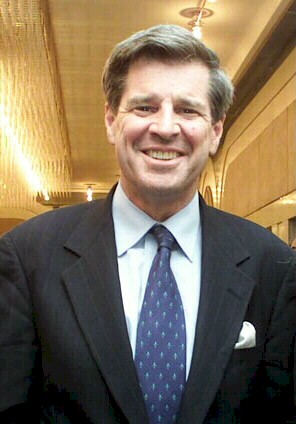 [According to an email received from Kelly Smith, <KSMITH@sonoma-county.org> , the following article, which is said to have appeared in the Daily Times Monitor, of Lahore, Pakistan http://www.dailytimes.com.pk/?page=story_12-8-2003_pg1_9 , explains why our counterfeit President was so sure Weapons of Mass Destruction would be found in Iraq. You certainly won't read a story like this in America's so-called "liberal" press because America's so-called "liberal" press is muzzled by its right-wing owners.]

According to a stunning report posted by a retired Navy Lt. Commander and 28-year veteran of the Defense Department (DoD), the Bush administration's assurance about finding weapons of mass destruction in Iraq was based on a Central Intelligence Agency (CIA) plan to "plant" WMDs inside the country. Nelda Rogers, the Pentagon whistleblower, claims the plan failed when the secret mission was mistakenly taken out by "friendly fire", the Environmentalists Against War report.

Nelda Rogers is a 28-year veteran debriefer for the DoD. She has become so concerned for her safety that she decided to tell the story about this latest CIA-military fiasco in Iraq. According to Al Martin (Raw.com), "Ms. Rogers is number two in the chain of command within this DoD special intelligence office. This is a ten-person debriefing unit within the central debriefing office for the Department of Defense."

The information that is being leaked out is information "obtained while she was in Germany heading up the debriefing of returning service personnel, involved in intelligence work in Iraq for

the DoD and/or the CIA. "According to Ms Rogers, there was a covert military operation that took place both preceding and during the hostilities in Iraq," reports Al Martin od Raw.com, an online subscriber-based news/analysis service which provides "Political, Economic and Financial Intelligence".

Al Martin is a retired Lt Commander (US Navy), the author of a memoir called The Conspirators: Secrets of an Iran-Contra Insider, and is considered one of America's foremost experts on corporate and government fraud. Ms. Rogers reports that this particular covert operation team was manned by former military personnel and "the unit was paid through the Department of Agriculture in order to hide it, which is also very commonplace".

According to Al Martin of Raw.com, "the Agriculture Department has often been used as a paymaster on behalf of the CIA, DIA, NSA and others". According to the Al Martin story, another aspect of Ms. Rogers' report concerns a covert operation which was to locate the assets of Saddam Hussein and his family, including cash, gold bullion, jewelry and assorted valuable antiquities. The problem became evident when "the operation in Iraq involved 100 people, all of whom apparently are now dead, having succumbed to so-called 'friendly fire'. The scope of this operation included the penetration of the Central Bank of Iraq, other large commercial banks in Baghdad, the Iraqi National Museum and certain presidential palaces where monies and bullion were secreted."

"They identified about $2 billion in cash, another $150 million in Euros, in physical banknotes, and about another $100 million in sundry foreign currencies ranging from Yen to British Pounds," reports Al Martin.

"These people died, mostly in the same place in Baghdad, supposedly from a stray cruise missile or a combination of missiles and bombs that went astray," Martin continues. "There were supposedly 76 who died there and the other 24 died through a variety of 'friendly fire', 'mistaken identity' and some of them their whereabouts are simply unknown." Ms. Rogers' story sounds like an updated 21st-century version of Treasure Island meets Ali Baba and the Bush Cabal Thieves, writes Martin.

"This was a contingent of CIA/ DoD operatives, but it was really the CIA that bungled it," Ms. Rogers said. "They were relying on the CIA's ability to organise an effort to seize these assets and to be able to extract these assets because the CIA claimed it had resources on the ground within the Iraqi army and the Iraqi government who had been paid. That turned out to be completely bogus. As usual."

"CIA people were supposed to be handling it," Martin continues. "They had a special 'black' aircraft to fly it out. But none of that happened because the regular US Army showed up, stumbled onto it and everyone involved had to scramble. These new Iraqi "asset seizures" go directly to the New US Ruling Junta. The US Viceroy in Iraq Paul Bremer is reportedly drinking Saddam's $2000 a bottle Napoleon-era brandy, smoking his expensive Davidoff cigars and he has even furnished his office with Saddam's Napoleon-era furniture.  ##