AT THE SUPER BOWL
COMMENTARY ON THE JANET JACKSON TIT THING 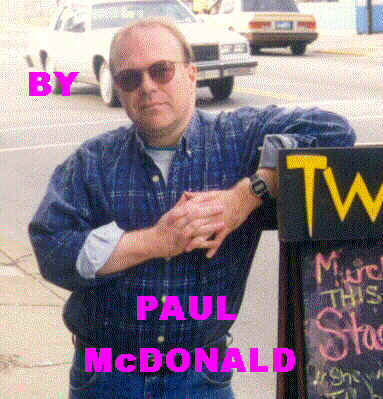 Among other things, Ms. Carlin states that she and "?millions of others similarly situated were caused to suffer outrage, anger, embarrassment and 'serious injury?? as a result of Timberlake and Jackson's performance.  What made this lawsuit interesting was that Carlin was asking that this be a class action lawsuit.  And included in the class action would be "?all American citizens who watched the Super Bowl half-time show??

So on behalf of all those who were seriously injured by Ms. Jackson's wardrobe malfunction, Carlin was seeking an award based on the revenues generated by the Super Bowl, the Artists, and the Media Moguls, a figure estimated to be in the billions of dollars.

At first I thought this was ridiculous.  Of course, I hadn't seen the half-time show.  I was sick in bed with the flu and asleep at the time. I only woke up

long enough to see the Patriots pull it out in the final seconds.   I caught a couple of film clips, complete with a strategically placed video smudge over the right side of Jackson's thorax and wondered what the big deal was.

The ensuing debacle reminded me of a Woody Allen movie that had a segment where a wild malevolent breast wreaked havoc across the countryside until Allen, brandishing a crucifix, corralled the giant hooter into a massive brassiere.  And in a true horror-story ending, the sheriff of a nearby town warned that it wasn't over yet because these things usually travel in pairs.

Like I said I thought this was all pretty ridiculous until I began to wonder what the powers that be at CBS were thinking when they asked MTV to produce the half-time show.  I mean, hadn't these guys even seen the MTV Video Awards?

I then downloaded Carlin's complaint from the Smoking Gun.com and realized that in going for class action status Ms. Carlin had a busload of chutzpah working for her.  She was hitting the media where it hurts, (publicity and the pocketbook) and she was going to get their attention the same way a few little known lawyers in Mississippi got the attention of the Tobacco Industry a few years ago.

I saw a few more replays of the half-time show and thought the whole thing was a major exercise in pretension and self-indulgence. In a way it reminded me of when some friends of mine and I saw the Rolling Stones on Saturday Night Live back in 1979.  At one point the camera zoomed in on Mick Jagger who started licking Ron Wood's face.  My friends and I groaned and some bolted from the room in disgust.   It was a cheap and tawdry stunt but none of us thought to sue for damages.  But what if we had? Hmmm?

Although the halftime show wasn't quite that repugnant, I still thought it was in pretty bad taste and I decided that if CBS, Viacom and MTV were dumb enough to set themselves up for a lawsuit like this, then, what the hell, maybe they deserved to have their coffers emptied.

So I decided I wanted in on it.  I made plans to get a doctor's affidavit so I could petition the court to be part of the class action because, never having been breast fed as a child, the shock and awe of just hearing about Jackson's medallion bedecked nipple had triggered my "issues? of lack and poverty consciousness.  The doctor would testify that I'm a man in deep psychological pain therefore seriously injured. The least CBS could do is pay off my Master Card.

Well, my dreams of becoming debt free and being able to Tivo future Super Bowl half-time shows have been smashed.  Neither will I see the likes of Janet Jackson, Justin Timberlake, Les Moonves (President of CBS) and the other Media Maggots running in terror while an Allegorical Woody Allenesque Tit the size of Minnesota closes in on all of them fast and furious.  It seems that the following Tuesday, Carlin withdrew her lawsuit.   Apparently she wants to see if the "remedial measures" taken by the networks succeed in preventing similar stunts.

But despite not getting in on the gravy train I have to admit I learned something.  I mean, who would have thought you could sue someone, for serious injury no less, because of bad taste? Think of the millions you could make off Reality TV.   Is this a great country or what?