WOLF TAKES OFF SHEEPSKIN:
AARP  IS JUST A BIG CON! 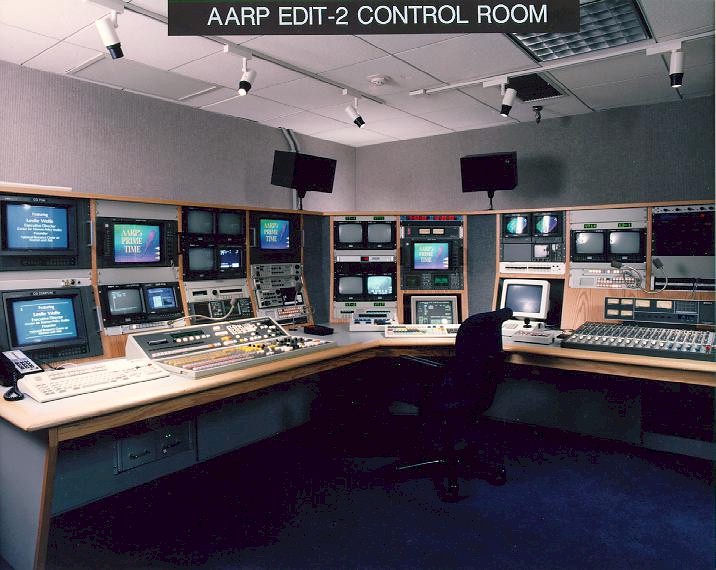 Well, maybe you was, but not me. I never joined AARP. I refused to believe in something that looked too good to be true. Somebody who'd stand up in Washington and speak for senior citizens. That's what AARP claimed to do, but never did it. Because AARP never was the advocacy organization it pretended to be. It turns out that AARP is not the mouthpiece with a megaphone speaking out for old-timers like you and me. It turns out   that AARP is nothing but another INSURANCE COMPANY. AARP was nothing but a con from the start.

I never paid attention who the AARP founders were and I'm not even going to bother looking up their names and backgrounds. But having lived long enough to know temptation lurks in all of us, I wouldn't be at all surprised to learn that the founders (if they're still around) are happy, proud and profiting from the successful business AARP has become.

The AARP sold itself to us as a DC lobbyist who would look after our interests. Like a wolf that has taken off its sheep's clothing, AARP has looked after not our interests but after its own.

A much more reliable advocacy group known as PUBLIC CITIZEN has determined the following:

●In many ways, AARP has become a business, deriving a large portion-about 60 percent-of its annual revenue from selling insurance products, such as Medigap supplemental drug insurance policies; selling mail-order prescription drugs; and offering prescription drug discount cards. It also sells its membership list to corporations, such as health insurers, and sells advertising space in its magazine to customers that include pharmaceutical and insurance companies. It also temporarily invests insurance premiums paid by its members before they are due to the insurer. At this point in time membership dues represent only 29 percent of AARP's total revenues.

The insurance-related portion of the non-member income streams totals at least $161.6 million a year. Much of this income is derived from health insurance-related activities, from which AARP would stand to gain many millions of dollars in new income under the new Republican Medicare bill. Maximizing corporate-related income and profits poses a significant conflict of interest for an organization trying to represent the best interests of its members. An examination of AARP's financial statements and other public documents reveals the following conflicts of interest:

AARP endorses and lends its logo and name to products, namely insurance and investment plans, in return for royalties. The royalties, which are based on how much AARP members have invested in various plans, totaled $217.7 million in 2002. Royalty income from insurance policies alone was $123.3 million in 2002. Health insurance royalties, unreported in 2002, accounted for an average of 87.4 percent of AARP's total royalty income in both 2000 and 2001. Assuming the same percentage in 2002, AARP's health insurance royalty income for that year would be $107.8 million " 17 percent of AARP's $635.8 million in total operating revenues.

A large portion of this royalty income likely was derived from insurance policies administered by the UnitedHealth Group, the principle health care plan approved by AARP. In 1997, AARP signed a ten-year deal to sell managed-care services of  UnitedHealth Group to its members. 2 Ovations---a subsidiary of UnitedHealth Group---offers AARP members Medicare supplement, hospital indemnity and supplemental hospital insurance, as well as prescription drugs and health products.

Effect of the Republican Medicare Bill: The legislation will result in most Medicare beneficiaries getting their drug coverage either by signing up for drug-only plans or by joining managed care organizations that provide a full range of services. UnitedHealth Group, one of the nation's

AARP's self-interest as an insurance company vs. as an advocacy group for seniors

leading health plans, can be expected to make a major push for a share of this new market. UnitedHealth Group's AARP-approved plans already are marketed to AARP's 35 million members through member lists and its 22 million-circulation magazine. This arrangement should dramatically accelerate AARP's future royalty income, which is based on how much AARP members pay in AARP-affiliated program premiums.

Assuming that AARP, with 35 million members, captured just 5 percent of the new $400 billion Medicare prescription drug market over the next 10 years, it would collect an additional $20 billion in insurance premiums. At AARP's average royalty rate of 2.9 percent (over the past three years), 3 its royalties would raise $58.4 million a year from the Medicare drug entitlement alone.

AARP earned $26.7 million in 2002 by temporarily investing the $4.2 billion in insurance premiums that it collected from its members before forwarding those premiums to UnitedHealth Group and other insurers.

Effect of the Republican Medicare Bill: Assuming that AARP, with 35 million members, captured just 5 percent of the new $400 billion Medicare prescription drug market over the next 10 years, it would collect an additional $20 billion in insurance premiums. At AARP's average return rate of 0.83 percent on member premiums (2000-2002), it would make $167 million over the next 10 years (or $17 million a year) off the new market alone.

Effect of the Republican Medicare Bill: This income should increase significantly as new drug insurance products would be marketed to seniors who would be subsidized by the federal government to purchase these products.

In 2001 Ovations began managing the AARP Pharmacy Services program. Ovations negotiates discounts with drug makers and pharmacies, and then passes on a portion of the savings to clients. AARP licenses its name to Ovations so that the company can provide discount cards to members.

AARP members who choose to purchase discount cards can use them to shop at local pharmacies and through mail order services. More than two years ago, a UnitedHealth Group press release to business editors stated that "[Ovations] and AARP are evaluating opportunities to expand older Americans' access to health and wellbeing products with this program, as well as the potential to participate in the senior discount card program for pharmaceuticals proposed by President George W. Bush."

Effect of the Republican Medicare Bill: The legislation would introduce a major drug discount card program for 2004 and 2005, before Medicare drug coverage begins in 2006. For an annual fee of about $30, anyone enrolled in Medicare can receive a federal drug discount card worth an estimated 15 percent off medications. AARP directly, or indirectly through Ovations, will be eligible to compete for marketing rights of drug discount cards. Approval will be made by the federal government's Centers for Medicare and Medicaid Services.

Given AARP's close working relationship with the Bush Administration in promoting this legislation, an AARP-related application could be given favorable consideration by CMS.

AARP derives considerable income from advertising sales. A major source of advertising is AARP- The Magazine, which is sent to 21.5 million households six times a year. Advertising also is sold on its Web site. Drug companies are major advertisers with AARP. A review of the November/December 2003 issue of the magazine found that of the 24 full-page ads, five pages advertised prescription drug products, two pages advertised over-the-counter drugs and one page was for an AARP-sponsored Medigap health insurance plan.

Effect of the Republican Medicare Bill: Advertising revenue should increase significantly as drug discount cards get promoted, private plans competing for the new entitlement program seek new business, and prescription drug companies promote their products to a growing market as a result of the discount cards and expanded prescription drug coverage.

It has not been possible to determine whether or not AARP receives additional benefits when members with AARP drug discount cards purchase medications through its mail order pharmacy. In these cases customers order drugs through AARP, but it is cannot be determined what kind of compensation AARP gains or where it is accounted. Effect of the Republican Medicare Bill: If it is true that AARP receives more than licensing fees but also fees for the use of its direct mail order services, AARP will receive even more benefits from the drug discount card program created by the bill.