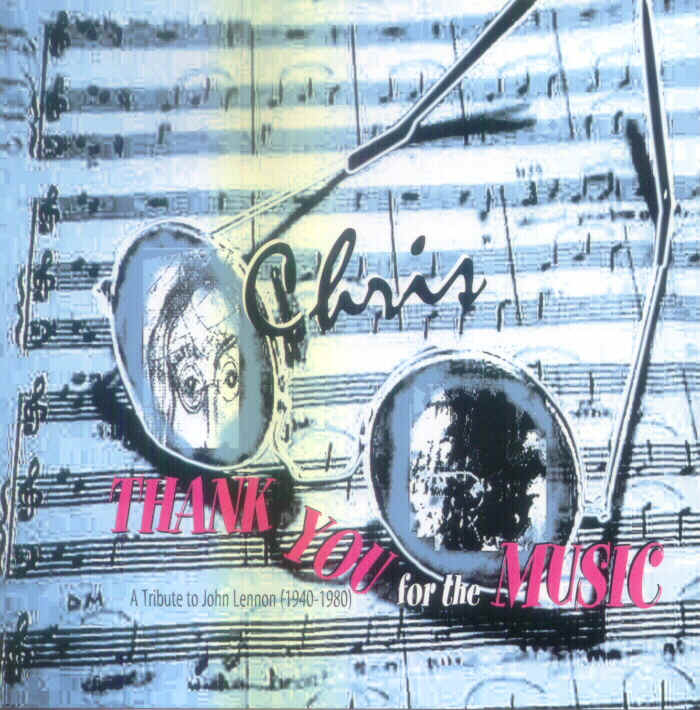 This independent release is of interest to Beatle
completists, as it has
already gained some exposure in Beatle fan circles.
Basically a 5 song EP CD
(with three remixes) among the 8 total tracks here, the
most commercial is
"Could It Be Forever?", and the mouth-watering "Apple
Cider Kisses" (you
can't even say it without puckering - up!). The title
track is a variation
on Bach's "Air In G" a la Procal Harum's "Whiter Shade
of pale", which
Lennon used to play in his Psychedelic Rolls. The most
Lennonesque cut here
though, is the piano demo of a song called "Angel Eyes",
which sounds like
the Lennon home demos from the Dakota; more eerily so
now, since the
re-release of Double Fantasy includes the previously
unreleased religious
number "Lord Help Me To Help Myself".

Chris' young vocals are somewhat unassertive in places,
as is the case
sometimes with an artists' first foray into the studio;
still overall
vocally his sound is reminiscent of the Finn brothers,
(Split Endz, Crowded
House) which is nice - and he doesn't over- sing like
91% of current top 40
artists do. This totally digital production (produced
behind the capable and
noted desk of Johnny J Blair, whose new CD 'Fire' has
recently gained
worldwide air play - see
http://home.earthlink.net/~the3blrs/fireCD.html )
is a welcomed effort, worthy of mention. I'm proud to
see a youngster with
an infatuation with, and carrying the torch for, great
music; which is to
say he hasn't chosen to be part of another Mickey Mouse
'boy band', or a
sampling, rapping, gun carrying thug, like other young
so called 'artists'
feel compelled to. So let's show him some support! You
can email Chris:
pickproductions@excite.com