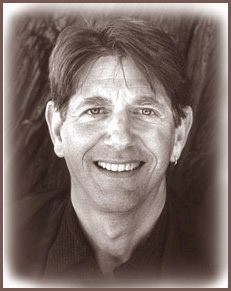 Most people have come to know Peter Coyote through his wide range of acting roles, yet he is by no means your typical Hollywood movie star.  Peter Coyote, who has starred in over seventy films, is a man of many hats who presents the true delineation of a man spurred on by the urges of creative passion.  But it is not only this creative passion that spurs him on.  It seems that the more you look into the life of Coyote, one is amazed to discover the deep recesses of a man who is involved, quite ardently, with the world around him.  He is both a political and social activist championing a wealth of causes he holds close to his heart. When it comes to television documentaries, he is a person who has narrated over ninety works.  He is a writer, an outdoorsman, a musician – a person who enjoys living abroad, who speaks both French and Spanish, and also enjoys working on his 1964 Dodge 4x4.  In short, one might be tempted to call Coyote, quite simply, a refined and sympathetic man of the times.  Even better yet, a Renaissance man who has garnered a respected reputation as an actor.

Peter first stepped onto the San Francisco scene after graduating with a Bachelor’s Degree in English Literature and planning to pursue his Masters at San Francisco State, while at the same time working as an intern for the Actor’s Studio.  Soon, though, he fell in with the San Francisco Mime Troupe, a radical street theatre well known for its controversial content, adventures and arrests across the country.  And after that, having had a spell of disillusionment with the establishment, Coyote soon joined the Diggers - a group of men and women distributing free goods and services to the kids migrating to the efflorescence of Haight-Ashbury.   It was an amazing time, and Coyote’s experience soon led him into a rapid state of self-analysis and development that has helped to create his free flowing personality dedicated to a wide array of interests.    A short time following his involvement with the Diggers, Coyote resumed acting by appearing in a number of plays.  He was quickly discovered by a Hollywood agent, and has ever since continued to lend his creative talents to all areas that designate his personal interests.

The Peter Coyote website is a very good place to learn more in depth about Peter and all of his various accomplishments.  It features a biography, filmography, photo gallery, listings of documentaries, television and stage performances, audiobooks, as well as mentioning the numerous books he has been a contributor to, and information about his own book “Sleeping Where I Fall”.  You will also find interviews, an archive, and all the latest news to keep you up to date on Peter’s latest ventures.  In brief, here is a website that captures the spirit of a man with a remarkable past and an invaluable future.   So, if you thought you knew all there was to know about Peter Coyote, but didn’t, here is your opportunity!